Buhari Dead Serious about Corruption: “Masu Gudu Su Gudu” (Run if you Must) 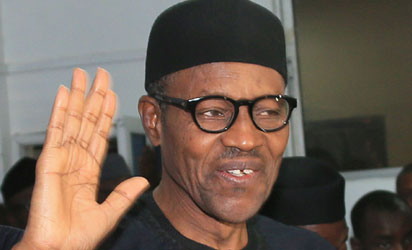 Goodluck Jonathan gave one of the most shameful and ridiculous excuses of any person who ever occupied the exalted office of President when he claimed ignorance of the serious malfeasances that went on during his administration. That was passing the buck taken to a new low. Certainly, any leader who claims ignorance of the torrents of putrefying and sordid corruption stories that flowed under and through his presidency is only being clever by half.  Surprised? How could Jonathan claim he was “hearing for the first time” about some of these scandals? Wasn’t it at the peak of some of these scandals he announced to a stunned world that “stealing is not corruption”?

The game changed when Buhari became the flag bearer of a resurgent opposition. Those who did not take him seriously during his previous campaigns when he talked about taking on corruption head-on are now doing a rethink. In fact, word on the street is that even some leaders of his party (APC) can no longer afford to pass the night in the same place on consecutive days. Those in his party who thought they could order him around because they were instrumental to his victory are now busy burying the corruption skeletons in their cupboards. Those we thought were Ministerial shoe-ins don’t even have the courage to stand before the man anymore. They had kleptomaniacally soiled their oats and Buhari knows. And they know he knows. The fear of Buhari is now the beginning of wisdom.

It was this same fear that got Jonathan scurrying over to Abdulsalam Abubakar ‘s house, and then to Aso Rock the other day seeking cover; seeking insulation and possibly redemption from the anti-corruption axe Buhari is wielding with indiscriminate ferociousness. Like an apparition, Jonathan reportedly snuk into the seat of power and begged Buhari to adhere to the pre-concession deal brokered by Abubakar in which Buhari purportedly promised to not humiliate him. What a shame! Jonathan went from the guy asking that his Ministers should not be probed a few weeks ago to one asking that he himself be spared today. Buhari IS a General, guys. Buhari will always remain a General. Don’t ever forget that. Many people speak derogatorily about OBJ being “wily” and IBB being “Maradonaic”. These ARE Generals! (Even after retirement, you still refer to a General as General.) Forget that nonsense about calling Buhari “President Buhari” instead of “General Buhari.” Behind that façade of a soft-spoken and gentle mien lies a lethal tactician. Everything in his DNA is military discipline and doctrine. So, why would he show his hand to Jonathan by telling him on the eve of his’s concession of defeat that he would, in fact, be targeted? Why, especially when it was obvious to everybody Buhari was going to win anyway? That would amount to telling the enemy when your forces would attack, where they would attack, the number and types of weapons they have, and their numerical strength. That would be suicidal. Buhari played him. Period. Only a gullible person would be so fooled. Jonathan was so gullible he must have been the only one in that room, during the Abdulsalam-brokered meeting, who believed Buhari would not go after him and corruption.

Throughout his presidency, Jonathan displayed a degree of gullibility and ineptness that dwarfed Shehu Shagari’s during his 1979-1984 misrule. How could he have missed the most ubiquitous proofs of grand larcenies that went on under his very nose? How on earth could anyone have tolerated Stella Oduah at the Aviation ministry for as long as Jonathan did without answering any of the accusations against her? Who else would have hired Femi Fani-Kayode (or whatever he is now called) to manage his campaign funds when the man still had corruption and money-laundering cases pending in court? How could Diezani Alison-Madueke have held on to the Petroleum Resources ministry for so long in the face of the mind-boggling, licentious scandals reported by everybody close to that ministry? Who, in his right senses, would have fired CBN Governor, Sanusi Lamido Sanusi for exposing the humongous graft going on in the oil sector while keeping Super-Ministers Okonjo Iweala and Alison-Madueke who should have been queried about the missing money in the first place? Do we want to talk about pardoning convicted felon – Diepreye Alamieyeseigha or turning a blind eye to James Ibori until the British Metropolitan Police picked him up? Who hobnobbed with Gani Adams and Tompolo (a.k.a. Government Ekpemupolo)? Who had nothing to say to Musiliu Obanikoro, Ayodele Fayose, Iyiola Omisore, Aliyu Momoh despite the preponderance of evidence of corruption during Ekitigate?

Under GEJ, impunity reigned supreme. Profligacy was the norm. But the EFCC and ICPC went into near-comatose. They were reduced to running after theft of measly sums in the neighborhood of N1 million and wasting resources on credit card fraudsters while bigtime thieves laughed all the way to their banks. Under GEJ, even the EFCC chairman was accused of corruption!

But he was not short of advice. Those of us who are little fries wrote about it. Big pens like Wole Soyinka wrote about it. Big guns like OBJ fired off a few rounds. But rather than heed advice, GEJ doubled-down and continued to bask in the delusion of ephemeral grandeur, acting as if he would be President for life. He buried his head in the sand like the proverbial ostrich and pretended that all was well. Rather than listen, he sent his attack dogs after everybody who had anything deemed unsavory to say. Reuben Abati even boasted once that his boss’ opponents underrated him at their own perils; that GEJ knew how to “wrong foot” them at every turn. They forgot they were dealing with the real “big boys” of Nigeria. GEJ forgot that they actually “let” him be President and they could “take” the presidency from him if they chose to do so. No sooner had he become President than he started behaving as if (and indeed his wife said it publicly many times that) it was now the turn of “his people” to do whatever pleased them with the nation’s resources. Talk about the child who was tasting soup for the first time and messed up his clothes in the process. Now, he is making nocturnal visits to the new powers-that-be, looking for salvation and claiming he did not smell the rot in his government.

Those who backed IBB and his fellow travelers in overthrowing Buhari in 1985 knew that the Buhari/Idiagbon anti-corruption freight train was coming through their lives.  But they didn’t reckon with Nemesis. They didn’t reckon with the likelihood that Buhari would return, albeit through the ballot box, some 30 years later, to continue where they had stopped him. When a person tries to accomplish a mission two, three or four times, you have to believe in his doggedness and you have to take him seriously. Many people (me included) who criticized Buhari for not having picked his Ministers by now have been shut up by the apparent success of this anti-corruption crusade. Let the house mice go forth and announce to the bush mice; that there is a new Sherriff in town. His name is General Muhammadu Buhari. And Stealing is now Corruption. 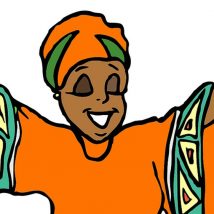