A Letter to Malam 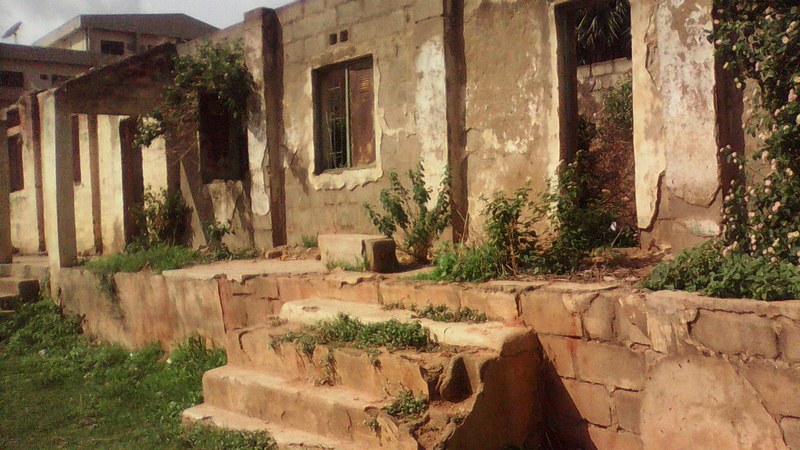 Congratulation on your well deserved victory as the next executive governor of this great ‘state of learning’. Your coming, I must confess, was timely and viewed by many like me across the state and beyond as a gift from God to this battered beautiful state.

This letter Ranka shidede, is to intimate you of my sudden return home as one of your citizens who had hitherto packed his mat, pillow, stove and bucket, hastily out of this beloved state due to the various katakata and wahala, that over the years have been bedevilling Kaduna- garin gobnor; including the daily decaying of virtually all the social, economy and political structures long enjoyed by the citizens of the once liberal state.

I had to shuffle myself as I could no longer stand all the ethno-religious crises, nepotism and the disgraceful community segregation and myopic division fast gaining strength across the state. I was sick and tired of seeing the ruins that had became our once vibrant public schools. Our once upon a time popular and resourceful L.E.A primary schools and famous secondary schools now looking faded in their tired colonial paints; just like the colonial roads leading to them.

My curious eyes could not just keep feeding itself on old relics and the deteriorated state of the various communities and its people due to lack of proper planning or the genuine presence of reasonable government policies. I just could not stand the sight of old towns like Tudun Nupawa, Tudun Wada, Asiko Laye, Unguwar Shanu, Badarawa, Unguwar Dosa, Kawo, Hanyi Banki, Unguwar Kaji, Unguwar Sunusi Unguwar Rimi, Malali, Unguwar Yero, Nasarawa, Kabala Doki. Kabala West, Barnawa, Sabo, Television, Mando and the others still wearing the same dilapidated old roads, the same unorganised markets and outdated hospitals. Even the so-called segregated G.R.A’s are not left out in this decay.

Hope you will bear with me for writing you this open letter. I thought it would be sensible to pen it out like the famous patriotic letter from Baba Ota to our erstwhile Presido which has taught many of us writers to be open in our letters to top office holders so that the world might know what is going on.   As a writer yourself, I believe you know what I am talking about.

It is important to inform you that part of the reason why I unceremonious left Kaduna was the fact that I noticed that our beloved state was retrogressing shamefully into a third world state. I could not see any reason why we could not surpassed where we were, as other new and old states across the country left us staring in awe at their development.

I have just breezed back into the state after almost three years of self-imposed asylum and could not see all the excitement about the new Keke NAPEP inter-city transport system. I must admit that I actually felt let down given the fact that not long ago residents of this state had the privilege of boarding clean Taxi right from their various streets. I vehemently believe that Kaduna State and its people should not be transported in an unbalanced three wheels, dangerously every day, in this 21st century. I am also consciously of the opinion that Kaduna state deserves the best in anything made by man.

My expectation was further deflated when I noticed that majority of the state residents were now resulting to Mai Ruwa for their daily water supply. Wondering what happened to the effective water supply from the state water board that flows like waterfall across most homes those days.

The excitement of coming back home to see Ahmadu Bello way still looking the same, and the glaring fact that the longest and one of the oldest streets, Ibrahim Taiwo road still had the same feature and poor drainage system left me unexcited. I am still finding it difficult to understand why the sport complex by the Stadium is still standing disgracefully uncompleted for more than thirty years, creating an eyesore to residents and visitors alike. Or why Magajin Gari, the oldest local government area council in the north should still remain analog and its old structure still reek of the past despite the glaring digital age.

It will be improper to complete this letter without mentioning the appalling Nnamdi Azikwe Way, one of the gateways into the city. I could not believe my eyes that the express by-pass was still festooned in its cheap cover and death-trap holes, while the communities around still look like something out of the 19th century.

In fact, there are many areas I would have loved to touch, but time and space would not permit. All the same I hope to draw your attention and curiosity to some of these important infrastructures that might appeal to your judgement as we move through your tenure. I pray that my eyes would be able to snoop out some of the underdevelopment decay and stench emitting across the 23 local government areas that made up this resilient state.

I am sure your famous ‘Ruso’ bulldozers would do justice to the decays fast eating this heterogeneous state away, in hope that you would use all the necessary tools available at your disposal to bulldoze the strange walls of segregation across the crocodile city. Better a ‘Mai Ruso’ to me, than a ‘Mai Karya’.

Finally, nothing would gladden my soul and I am sure others with same view if you could breakdown the man-made barrier separating the northern and southern part of the state, this, I believe you can do by making the people see and comprehend that the so-called north and south demarcation along the famous Kaduna River is just a figment of human imagination. And the only way you can do this is to sever this blinkered line of reasoning through social, economy and political development without religious or tribal colouration. You will be doing service to humanity if you can overlook the retrogressive idea of zoning in carrying out your vision and policy for the state.

Thank you for taking time from your tight cumbersome task in going through this letter. Please accept the assurance of my sincere consideration.

Dodo is with the New Nigerian Newspapers. His blog.

Dodo is with the New Nigerian Newspapers. His blog.