National Assembly: A House Divided Against Itself 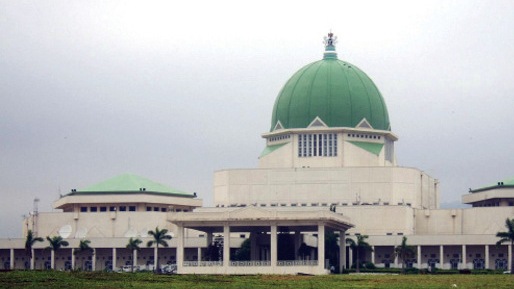 There’s an idiom, “a house divided against itself cannot stand,” and as it stands, All Progressive Congress (APC) the party Nigerians entrusted with power to come rescue this nation from bad leadership has been thrown into pandemonium. The act of divisiveness rocking the camp of APC is obviously appalling and Nigerians are dismayed at the inevitable choice they made during the last general elections.

There seems to be no end in sight in the inexorable rise in the house leadership tussle bedeviling the camp of APC at both chambers of the National Assembly following the controversial elections that produced its first principal officers, Tuesday June 9th 2015.

The Upper house which has already been divided into factions: The pro Saraki loyalists and those loyal to senator Ahmed Lawan have all thrown legislative decorum and rule of law to the wind in their dishonourable show of power as both factions have also failed to reconcile their differences.

The aggrieved legislatures does not want to be taken unawares again in choosing its remaining principal officers. It was in defiance to the ruling party’s directives on the choice of candidates that precipitated the free for all fight that engulfed the Upper house June 23rd 2015 and the Lower house two days later.

It is an irony that the two legislative arms of government where the laws of our nation are being promulgated have been turned to theatres of internecine wars and its paraphernalia used as weapons in the legislative blitzkrieg.

This is not the best of times for our democracy and certainly not for the ruling party (APC) and there may be no end in sight soon to the horse trading and permutations going on at both chambers of the National Assembly.

The great distrust between the leadership of both houses and its members is not helping issues but rather exposing the ruling party’s naivety in handling its legislative functions.

One won’t be wrong to say the legislative rascality exhibited so far is an indication the merger that led to the formation of APC before the general is an unholy wedlock between and amongst strange bed fellows, the outcome of its intercourse is already causing more harm than good to Nigerians.

So far, president Buhari has remained dumb over the lingering issues at the national assembly. The president’s indifference is not helping matters but rather worsening the crisis at the National Assembly. President Buhari maybe keeping to its inaugural promise of not interfering in the affairs of the National Assembly but there’s a great difference between interference and intervention. Without Mr. President’s intervention, the executive arm of government may never get it right in the act of governance. The best our president could do is to intervene and rescue it’s party from the ongoing legislative embarrassment.

Let’s not forget Nigerians didn’t just vote for APC as an alternative choice, we voted for APC as a credible choice. APC is the ruling party with majority members at both chambers and shouldn’t be dictated on what to do, if this government fails, APC will be held responsible so it’s party’s directives should be respected and adhered to in the choice of candidates for the remaining principal positions at both chambers.