A Nation Under Siege: The Unending Violent Clashes and Battle for Supremacy on Nigerian Campuses

In the past three decades, Nigerians have witnessed one of the largest mindless orgies of bloodshed, killings, rapes, violent clashes and destruction of lives and properties on Nigerian campuses by fraternities popularly known as “Secret Cults”. The Nigerian government has approached this national dilemma with short-handedness and they have shown no resolve to address the problem rather they have pursued years of failed policies that have yielded no end-result. The preceding government of President Obasanjo tried to tackle the problem by disbursing millions of naira to federal tertiary institutions, which amounted to fake student cult renunciations in exchange of money and some school administrators used the opportunity to enrich themselves. One had expected the newly elected democratic government of President Umaru Yar’Adua to have launched an investigation into the matter and come up with creative measures to eradicating the ever-growing menace of student cult violence. However, members of the political and government class have helped to fuel the crisis by using these so-called fraternities as private armies and for settling political scores.

In the early 1980s, the National Association of Seadogs (NAS) International also called the Pyrates Confraternity (PC), which is the first ever fraternity to be established in Nigeria and perhaps in the entire continent of Africa had raised an alarm and they had warned the Federal Government of Nigeria to pay more interest to the unchecked activities of these fraternities but their forewarnings fall on deaf ears. Although, these groups called themselves fraternities but NAS saw the modus operandi of these groups are very disturbing, worrisome and distasteful. Then in July 1984, NAS closed down all its student chapters and till date, they have remained closed because they do not want to be in any manner associated or allied with these groups. On May 26th, 2009, the Rivers State High Court ruled in favor of NAS, that NAS is not a secret cult and NAS cannot be included in the Secret Cult and Similar Activities (Prohibition) Law No.6 2004 of Rivers State, which seeks to ban the existence and operation of secret societies in its State. Since the departure of the Pyrates from the campuses, there have been a growing number of fraternities that have been established over the years and they have been associated with violent behaviors. The manifestation and outreach of some of these fraternities are being felt in the war-ravaged region of the Niger-Delta.

Nonetheless, there have been some genuine efforts and attempts made by the leadership or graduate arm of various major fraternities in Nigeria such as the Buccaneers Confraternity, Neo-Black Movement, Supreme Eiye Confraternity and the Supreme Vikings Confraternity to savage whatever is left of their fraternities from the blood-spattered hands of their student chapters that have generally refused to abide by the rules and regulations as ascribed by their respective leadership arm, which are controlled and coordinated by their graduate forum. Most of the fraternities’ student chapters continue to operate without any guidance but their leadership arms are vigorously in pursuit of bringing them back to the mainstream and educating them in the true fraternity principles. As a result, almost all the major fraternities that have presents in the schools have established programs, measures, guidelines and sanctions to checkmate the activities of its student chapters. Slowly, we are beginning to see the leadership arm of these fraternities carrying out their own independent investigations into the activities of their own members, which has resulted to some level of discipline and have resulted to sanctions such as probation, suspension, expulsion, excommunication. But the efforts of the leadership arm of these fraternities seem useless and fruitless because the violent actions of its student chapters continue to overshadow their efforts and their initiatives go unappreciated, unacknowledged and unnoticed.

Above all, the average Nigerian believes that a fraternity is a domain for the evil minded person without looking beyond what is the true meaning of a fraternity. In the United States of America, there are more than 400 fraternities on their campuses and they form an active and integral part of school life and American society. About 48% of past U.S. presidents, 42% of U.S. Senators, 40% of U.S. Supreme Court Justices, 30% of U.S. State Representatives, 30% of U.S. fortune 500 executives and 3% of the entire U.S. population are members of fraternities. Countries such as Canada, UK, Philippines, Japan, Italy, France and Germany all have fraternities that have contributed to the growth and advancement of their societies. However, a fraternity remains a group of individuals who share common interest in the pursuit of a common goal (i.e. charity, community service, philanthropic efforts). The benefits of joining a fraternity ranges from contributing positively to societal growth and development, social spirit, scholastic achievement, leadership skills, lifetime friendship, networking, sport and athletic skills.

Although in Nigeria, the mystification and secrecy of student cultism has been the one factor that has ensured the continual trends and patterns of terror and violence on campuses by so-called fraternities. However, due to favorable, open, fair and conductive laws in western countries, many of the major Nigerian fraternities have been able to establish chapters overseas and these overseas chapters are actively involved in contributing to the growth and development of their host countries. These overseas chapters are comprised of members who relocated out of Nigeria and new members from the growing population of Nigerians in the Diaspora. They operate openly and freely under the constitution and laws of their host countries. These fraternities are becoming a vanguard for social change and a vehicle for chartable endeavors. The Buccaneers Confraternity (BAN) has been in the forefront of charitable efforts in Canada, Britain and American cities in London, Ontario, Atlanta, Dallas, Chicago, New York and Los Angeles. Whereas the Neo-Black Movement (NBM) also called the Black Axe has been in the arena of showcasing the rich heritage and culture of Africa to the western world especially in Germany. The Supreme Eiye Confraternity (SEC) has also been involved in social initiatives for their members especially in Italy and Canada.

On the other hand, the Nigerian government and the oversea chapters of these fraternities have not been able to replicate and duplicate the same success in Nigeria because of the laws and mentality in Nigeria. It is believed that until the mystification and secrecy surrounding Nigerian fraternities are removed, their student chapters will continue to rain havoc and destruction on our Nigerian campuses. The federal government of President Umaru Yar’Adua needs to replicate the success and achievements of these overseas Nigerian fraternity chapters. The Nigerian government knows what is required to effect these changes but show lack of enthusiasm and unwillingness to tackle the problem straight-on because most of their own children school aboard and so therefore there is no motivating force to address the issue at once. The solution to eradicating student cult violence in Nigeria lies in the findings from the transformation of the Kegite Club model and the recommendations of Ben Oguntuase (former President, NAS International).

In the mid-1970s, the Kegite Confraternity now known today as the Kegite Club had changed their name due to an increase in student violence and anti-social tendencies of some student organizations. After they changed their name, they subsequently registered with their respective school authority as a mere student organization and ever since then, they have been allowed to operate uninterruptedly on every Nigerian campus. Their activities are closely monitored, regulated and controlled by their respective scho

ol authority. They are required on an annual basis to submit the names and data of all its officers and membership to the students’ affairs office, which in turn makes this information known to the general public. By this simple process, it makes it impossible for Kegite members to cause any mischief without being identified, prosecuted and sanctioned. The Kegite Club has similar characteristics as the Nigerian fraternities except for violent tendencies and secrecy. The Kegite Club holds their meetings in the open and membership is not that selective but they share similarities with other fraternities in the fact that they maintain their own rituals, traditions, customs, languages, initiations, handshakes and maintain student chapters.

After the July 10, 1999 murderous massacre of eight students at the Obafemi Awolowo University in Ife by an unknown student fraternity group, a consortium of leaders from the entire major fraternities (i.e. Buccaneers Confraternity, Neo-Black Movement and Supreme Eiye Confraternity) had converged together under the leadership of Ben Oguntuase. They resolved to brainstorm and work together to chat a roadmap intended to eradicate student cult violence. At the end of their conference, they resolved to establish an inter-fraternity council similar to their American counterpart, the Inter-fraternity Council (IFC), which is empowered and mandated to regulate, monitor, coordinate and control the activities of all registered fraternities in America. However, this group in Nigeria had resolved that the new regulatory body would be known as the “National Inter-fraternity Council of Nigeria (NIFC)” and they would be charged with the following responsibilities:

• Establish guidelines for the existence and operation of fraternities on campuses. All fraternities will be accredited by NIFC and their respective institutions can include additional requirements for recognition of each fraternity.

• Develop framework to monitor and report on the composite academic performance of each fraternity and recommend appropriate rewards for academic excellence.

• Develop programs to disarm all fraternities and surrender all weapons to NIFC or the appropriate authorities.

At the end of the tremendous and creative effort by this group of frat leaders, they went ahead and forwarded their findings and recommendation to the then Federal Minister of Education and as usual, the proposal never saw the day of light. The entire exercise died a natural death and today, the problem still remains resolved. It is not that the Nigerian government does not know what is required to solve the problem but many politicians do not want the problem resolved due to the fact that they are direct beneficiaries of the existence of these violent groups. They use these student fraternity chapters to propagate their gospel of fear and intimidation.

But the truth of the matter is that if these fraternities are encouraged and required to register with their respective school authorities and co-exist under the watchful eye of the NIFC, it will gradually become unattractive for anti-social and unconstructive students to join fraternities for violent motives. There will become a clear vision of who are the leaders of each fraternity at all levels and it will make it easier for law enforcement agencies to carry out their investigations and close cases related to student cult violence. It is time for the Umaru Yar’Adua government to take up the mantle and put an end to this absolute insanity and absurdity in our Nigerian campuses. As Nigeria leads the continent of Africa in this new global society, the time to act is now. 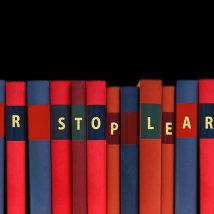