A Tribute to Chief Segun Odebgami: “My Legacy to Nigeria”

I join my colleagues in the Nigerian sport community who have expressed deep joy and words of support to Chief Segun Odegbami, one of the most influential former national stars, for the creation and actualization of the International (Sports) Academy (IA). On Thursday, February 26, 2009, a throng of politicians, sportsmen and women, and the media will converge on a small town of Wasimi Orile in Ogun State to officially declare the academy open.

Odegbami has characterized the achievement as a milestone, and has concluded that this is his “legacy to Nigeria.” Since reconnecting with him last year, I have become interested in his views on politics and economics of sports development and we have stayed connected through his blogs in Mathematical7.com. We agree on some of the fundamental approaches to sports development and we shared some intimate discussions about tennis development. Odebgami continues to inspire my thoughts and writings on many fronts. His legacy to Nigeria will be determined and measured by how well the student-athletes perpetuate or carry on the values, principles, skills, knowledge, and dispositions they have learned at the academy. As a humanist, he continues to exemplify himself as a visionary and someone who cares deeply about people and their culture, and as an intellectual, he writes critically and objectively on athletes and their behavior on and off the field and on sports development.

Odegbami continues to create hope and the possibilities for young Nigerians. He has demonstrated a penchant for truth and a heightened insight into what Nigeria as a nation should aspire to be. He continues to see the development of the mind and body as a way to unite a nation in search of its place in the global sports community. He also continues to use sports and education as a way to communicate his deeper feelings and thoughts about how we should no only govern ourselves and improve sports and the nation, but how to grow to be outstanding individuals who will be productive members of society.

The 52 full time student-athletes attending the academy will then become trailblazers and flag-bearers of a vision that promises to transcend local and national boundaries. The interface of sports and education in Nigeria should now inform our developmental discourse and should raise the national debate on the relationship between sports and education to another level.

The former vice-president, Atiku Abubakar, who will be the special guest of honor and whom Odagbami has called a “visionary” and a “lover of sports”, will grace the occasion. Atiku can now begin to mobilize people around a common cause to bring the nation back to its glory days and he must begin by supporting the movement to bring sports back to primary and secondary schools. This will be Atiku’s sports legacy to Nigeria.

Odegbami has described his experience with Atiku as inspirational. He writes: “6 years after our first meeting, I met him again to share my new ambitious dream of establishing a senior secondary school to serve as a model for the rest of the country and Africa, with a goal to make it the best in the world. This school shall seek to combine the highest level of academic pursuit (an essential for every child in Africa) with high-intensity sports development for young boys and girls! It was not a difficult sell! That morning over breakfast in his home I humbly requested that he personally comes to officially open The International (Sports) Academy.” Atiku accepted the invitation. 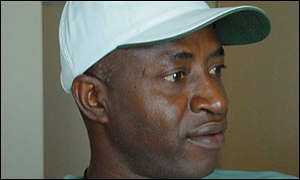 With this new interest, Atiku should lend it political clout to Ndanusa and Ekeji in order to sustain the momentum. As we all know the National Sports Commission (NSC) remains the only institution that acts as the agency and the legislative arm of the federal government, charged with the authority to coordinate and provide the overall direction and leadership for sports and its development at the federal level. The Nigerian Football Association (NFF) and the Nigeria Institute of Sports (NIS) are the other agencies with statutory obligations but with limited powers. The NSC allocates funds to sports federations which in turn carry out their goals and objectives consistent with the aspirations of the NSC

At the state and local levels, governors such as Babatunde Fashola (Lagos), Muazu Babangida Aliyu (Niger), Adams Oshiomhole (Edo), Danbaba Danfulani Suntai (Taraba) are making substantial contributions in building sport stadia and sports complex as a way of living a legacy. Sports personalities such as Austin Jay Jay Okocha, Chioma Ajunwa, Falilat Ogunkoya-Omotayo, Bruce Ijirigho, Nduka Odizor, Emmanuel Amuneke, Etim Esin, Adokie Amiesimaka, Christian Chukwu, Victor Ikpeba, who will be in attendance should use the occasion as a springboard to leaving a legacy of their own. 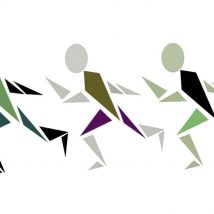