An Omission in the Anti-Corruption Bill

In a thorough legal review by the Curatorum of BOSAS International Law Bureau during a widely attended conference at NICON PLAZA on 5th December 2016, members commented extensively on the Professor Itse Sagay’s Committee Anti-corruption Bill. It was resolved to urge the Attorney-General of Nigeria to ensure that the Bill be sent promptly to the National Assembly for expeditious passage.

There are a few areas the Bill did not cover. There should have been a paragraph on CONDONATION.

I had objected seriously to Buhari’s proclamation that he would not probe Jonathan because he (Jonathan handed over power to him! In spite of glaring evidence of major treasonable felonies, his wife’s corrupt dealings, I refer Buhari to the South Korea case in which their President is on trial.

In law, condonation is a crime. Knowing that crimes have been committed against the Republic and its people and refusing to bring such obvious and glaring serious crimes to justice this will taint the Anti-corruption crusade inexorably.

Later, the Republic can take action against Condonation. The Bill must include condonation as a punishable offence.

Corruption is deadly. This applies to all the President of the Senate, the House of Representatives, Senators, ministers and Permanent Secretaries suffer as a result of pangs of conscience.

Because the people depend on these crooks for their livelihood, and   so, they cannot criticize or protect against our “leaders”.

There is also the Lugard Curse and colonial indoctrination that wealth must be acquired by corruption as long as you can get away with it.

There is the tribal philosophy of “Ema Sobe”. Keep your mouth shut.

Ina ruwa nka! Corrupt people know their way. They are clever, especially billionaires, who front for foreign people to milk Nigeria as well as foreign agents.

It is all in the business of the pawn game.

So, if someone is a criminal himself, he cannot fight corruption.

Only the “Truth shall set us Nigeria and Nigerians free”.

Ninety percent of Nigerians are naturally gifted to speak the truth. Others are inoculated to tell lies all the time. They do not say what they mean and do not mean what they say.

This is why Nigerian Banks suffer in the hands of borrowers, who refuse to pay back loans.

On politics, our studies show that most Nigerian former Head of States have criminal records, as a result of the manner they came to power or what they did while in office.

As a result, they lack the moral authority to fight corruption because their conscience keeps reminding them of the past criminal actions.

The power of shame grips their inner self and so they are always conscious that the gospel on let all corrupt leaders past and present speak to a “TRUTH COMMISSION”, so that the people can forgive them.

Why are Nigerians docile?

We all saw how the South Koreans reacted to the fact that their President granted favours to a lady friend.

In Nigeria, officials looted the treasury causing major social dislocation, disease and early deaths. Yet, we are helpless.

Spiritually speaking, our country was sold to satanic forces through the cows that move from one part of Nigeria, defecating spiritual stench that cows the nation into stupor idolatry is rife.

As its long as the truth is muzzled and corrupt tribal leaders continue to govern, every hope of a better tomorrow will remain an evanescent mystique.

As long as religious preferences dominate the choice of personnel, so shall we continue to side-track intelligence for half-wits.

I hope we seek out eminent jurists to apply Itse Sagay’s Committee report when it becomes law and not first degree holders whose jusrisprudential vision is low.

Federal character may grant individuals unearned advantage, but the nation has continue to suffer from all-round mediocre performance at all levels.

Reflect on the educational length and breadth of our leaders, and then you will understand what has happened and is happening to the Federal Republic   and its people.

The AZATA/NEPU party of honest, patriotic Nigerians will bring a Bill to the National Assembly to declare as a Criminal Organization and ban any political party, whose member are National Thieves from existing as a political party.

THE FUTURE OF THE NIGERIA AND THE NEW POLITICAL ORDER

Reading Nigeria’s News Papers every morning makes one to wonder how long Nigeria can improve upon its state of anomie. There are too many dis-hearting events that are now the order of the day.

There are too many killings, kidnapping, frauds, robberies and many other frightening indubitious callousness prevalent in Nigeria societies.

Thanks to EFCC for its thorough investigations that exposed wrong doings among Nigerian government officials. One is somehow surprise and amazed that the policy seems to be “exposed but doing nothing “ thousands of reported cases have been documented and announced but no persecutions had taken place, creating the impression that those judicial institutions are either non-existence or inept. The impression subsist that      the whole anti-corruption exercise is not taken seriously.

They authorities do not say what the mean and don not do what they say about corruption. As a result, the populace is gradually losing the confidence they invested in the APC government. And restlessness is pushing the people to mindless violence. Learned opinion being express by pundits seems to advocate that there is need for real change in 2019. In 2012 the AZATA/NEPU party came to the conclusion in consultation with other progressive party to declare that the PDP have to be replace by more deceit, honest and patriotic Nigeria, so we sponsored an International Conference in Bradford England which was attended by Aregbesola, the Governor of Osun State with 10 man team, and Governor Bola Tinubu send a representative.

In the Conference Communiqué it was declared that a new economic structure and Political Orientation was necessary for Nigeria.

We the AZATA/NEPU party have watched with wondering eyes and hanging libs the performance or the lack of it by the APC party.

The government has pushed the anti-corruption agenda but need to show more determination in letting prevail. There is need to call on National Conference to proffer solution that would help the government gain acceleration in the night direction.

There are worry signs of social dislocation in the polity.

These news items were culled from the punch newspapers Friday, December 2016. These type of news items feature almost every day in our National News Papers, it is said by the wise “that little of water ma a mighty Ocean.” The revolution that occurs in the people’s mind as a result of social dislocation crosses the Rubicon of discontent slowly, silently without proclamation.

It is said by the wise “when the government can no longer govern except in the old ways and the people are tired of leaving according to the old way the quest for change is found behind the barricade. It has been my conviction for a long time that in state houses like Gambia, Democratic Republic of Congo and other state houses, the Serpent of illusion craw about causing confusion. The Vice President said recently that their government are slow but progressive, I wonder if the ever look at the almanac to see that the time is short and so, slow action cannot be allow.

THE CRUX OF THE MATTER

Our problems are a result of our leader’s spiritual standing. Some are irrevocably wedded by oracular vows to other gods. They are human agents in link with spiritual dark forces that operate in the darkness.

Their souls have long been mortgage, so they occupy lofty government positions for which they are lest qualified. As a result, the nation suffers because the children of light are kept away because their aura overpowers the leader’s silhouette.

THE ERA OF THE ANTI-CHRIST

When one considers the global disorder, one would be right to observe that the Aquarian Age has entered the Era of the Anti-Christ, whose agents masquerade as political leaders. They demonstrated their callousness in Syria for six years. Their purpose is to hasten the destruction of the world and the second coming of our Lord, Jesus Christ.

He will establish the New Jerusalem! Selah.

For the dawning of that glorious day, when our savior with all His Saints will come down in bright array.

NIGERIA AND OUR GOD.

It has been a national habit and speech-writers tradition to appeal to God in our times of self-inflicted calamities.

God will help us. We must seek divine assistance. Nonsense we should and must leave God out our foolishness, tribalism, irredentism, religious preferences in appointments and promotion, recruiting third class brains to govern under Federal Character ideology and policy, which picks dregs over intelligences. God sees all these injustices.

Yet, we call on him to help.  He is not a partial God like our leaders.

God has given us good climate, we do not shove show. We have rich, arable land, we do not farm enough.

God gave us very educationally qualified people; we use Standard Six people to rule over us.

God gave us pastors, but they collect tithes and hob-nob with Political leaders.

Nigeria leaders worship other gods and demons. Yet, they call on a jealous God to intervene.

It is time for God to overturn and bring the righteous to power in a new dispensation.

Those who are tolerant of the same order of things will soon bite the dust.

If we spend so much on presidential flights, food, and foreign travel, we sound hollow and annoying to ask Nigerian hungry people to be patience.

If we cannot prosecute National Thieves, we cannot be believed preaching anti-corruption mantra.

Governor Fayoses spiritual insights are shared by 90%         of Nigerians, who very soon will find a new political formation to bell the cat.

Our AZATA/NEPU party of honest, patriotic Nigerians has been successful in raising the National Consciousness to act in the national interest.

It is only our plea that God listened and overturned the weird Jonathan formation.

I appeal to the spirit of Tai Solarin, General Idi Agbon, Gani Fawehinmi, Awo, Zik, Ahmadu Bello, Aminu Kano, and other patriotic Nigerian citizens, who tried in their time to fight for Nigerian progress.

ROMANTIC REVOLUTION IS NOT THE ANSWER.

The late Tunji Braithwaite, Balarabe Musa and Governor Fayose have out of frustration with governance of Nigeria called for revolution at difference times.

From contemporary world politics, revolution has not resolved the issues of poor governance, arrogance, arrogance of power and the insensitivity of political leaders.

In Iraq, Libya, and Syria revolutions failed, the states were destroyed and many people died.

Revolution is the devil’s game. It often brings about radical changes for the worse in some cases.

So, we appeal to rulers to be humble, listen to learned opinion and not be deceived into thinking that a presidential robe of office confers on them unearned knowledge they never acquired.

In so doing, they should not because of arrogance and insensitivity, push the people to revolt.

A stitch in time saves nine. 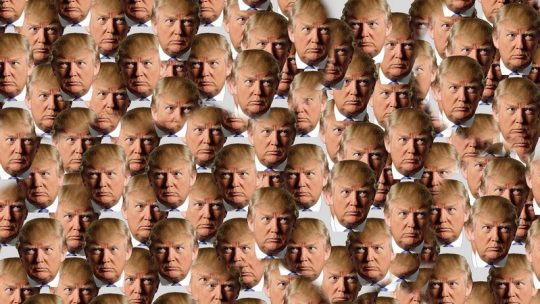