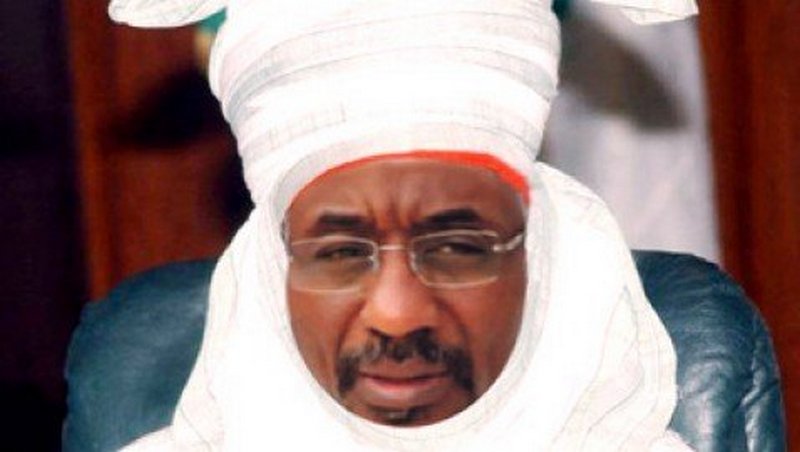 To Nigerians, that the 14th Emir of Kano, Muhammadu Sanusi II, has been dethroned is incontrovertibly established. However, the nuances and the sociological imports of his dethronement should not be lost on the society. To start with, the allegations made against the deposed Emir were, up till now, neither substantiated nor provided credible and sufficient reasons for his removal. Yet, the man was summarily removed in a hurry by a government that appears to be hiding something.

In recent times, the pronouncements of the Emir have no doubt been acerbic and critical of the Nigerian government. Sanusi did not take any prisoners! With deviant profundity, he exposed the charade of the Northern government. He talked about the abuse of women, the menace of the almajiris and the need to abolish it. He lampooned the elite and warned them against the abuse of children, especially, the girl child. He lamented the frightening number of the out-of-school children in the North and linked it to the ever-rising number of Boko Haram adherents, drugs addicts and the reservoir of political thugs, which now defines the demography of the Northern part of the country.

Emir Sanusi may be gone! However, the seed of the destruction of the feudal system in the Northern part of Nigeria has been sown. In other words, we have not heard the last of Sanusi, the deposed 14th Emir of Kano. The questions now are: what manner of man is Sanusi’s replacement, or the newly-installed Emir? Will he tolerate the beating of women? Will he promote the abuse of children and early marriage for the girl child? Will he encourage almajiri to grow exponentially? Or will the new Emir embrace the status quo?

Without doubt, the behaviour of the government of Kano, in this instance, is devoid of congenial diplomacy and calculated openness, which responsible governments world over, are noted for. For instance, how expedient is the dethronement and banishment of an Emir to the demands of sound Public Administration and the provision of good governance to the people of Kano State, which, to my mind, is the primary responsibility of the governor?  How compatible is the traditional legal and normative laws on dethronement and banishment with the extant laws of the land? Put in clear terms, if the man must be dethroned, at what stage, therefore, did the Kano State Government begin to abuse its powers?

Let’s for the sake of argument admit that he was dethroned traditionally which, then, means that the man must be willing, without the compulsion of the state. Who then decided his Nasarawa new home for him? If it was not Sanusi, that amounted to abduction in the eye of the law; nothing but a clear case of kidnap, because it was done against his will! After all, the man can’t go to London today, if he so decides! If his eventual detention in Awe was as a result of ‘security reports’, as we are now being told, who, again, decided that the antidote to such reports could be found only in Loko, later, Awe, both in Nasarawa State?

Let’s talk about the throne itself, which has for long become a thorny issue, even, among the academia. For a long time, it has been decided that, as long as you keep the traditional stool, the stool in itself is antithetical to legal rational order. With the Sanusi saga, it has become clear that the legal rational order doesn’t understand Emirship or Obaship. That’s why a governor in a state in the South South could talk carelessly to a beaded king in the full glare of the public; and all the casualty of that mockable and unacceptable recklessness could do was to swallow it, without missing a beat!

‘This thing of being a hero …!’ Blame Sanusi for the misfortunes that have eventually befallen him. He ought to have seen the handwriting on the wall and thrown in the towel before it got to this level. But, again, blame not the Emir, for he was only displaying the Africanness in us: we don’t quit and we don’t resign! We don’t even retire! But, like water, we are only answerable to the call of temperature: when it is cold, we freeze; and when it is hot, we melt. In any case, pity the country that gives little in return for its people’s industry. Pity the enclave that sacrifices its best on the altar of mere political exigencies. Pity a people who make of themselves onlookers in the face of tyranny and oppression. Sanusi has done his bit! He has trod where, even, angels dreaded. As a Banker, he reached the very peak of his career. Right from childhood, his main ambition was to become the Emir of Kano. And he’s been there!

As this dethronement brouhaha simmers, people will start forgetting who Sanusi was. He becomes another number, or, statistic of dethroned Emirs, Obis or Obas! And that is the sad reality about Nigeria’s political firmament. With the situation of things, it bears repeating that Kano, and, indeed, the entire North has lost a star, a brilliant man who fought a good battle, even, if it appears as if all his efforts are wasted. By default, Nigeria has also lost the service of a distinguished leader and social crusader. In the case of the deposed Emir, he deserves a pride of place in history.

On insinuations that Sanusi’s removal might have been ordered from Abuja, while there’s no concrete proof to support this assertion, the manner of installation and the speed of the homage to Aso Rock by his replacement were in no small way suggestive of invisible hands somewhere, somehow! But, and as I’ve argued elsewhere, President Muhammadu Buhari has served Nigeria to the best of his ability. As providence would also have it, he has also had his fill of his country to the best that life can offer. So, all he needs, “going forward, is the royal life. Let the president just be fine and okay with himself.” The more reason those who still believe that Nigeria’s future belongs to them must work, not only towards taking back their country from the troublers of its Israel, they must also do all that is humanly possible to move the country forward. As Tunde Bakare once said, “anyone who fights for a people who are not prepared to fight for themselves is a fool!”

May the Lamb of God, who takes away the sin of the world, grant us peace in Nigeria!