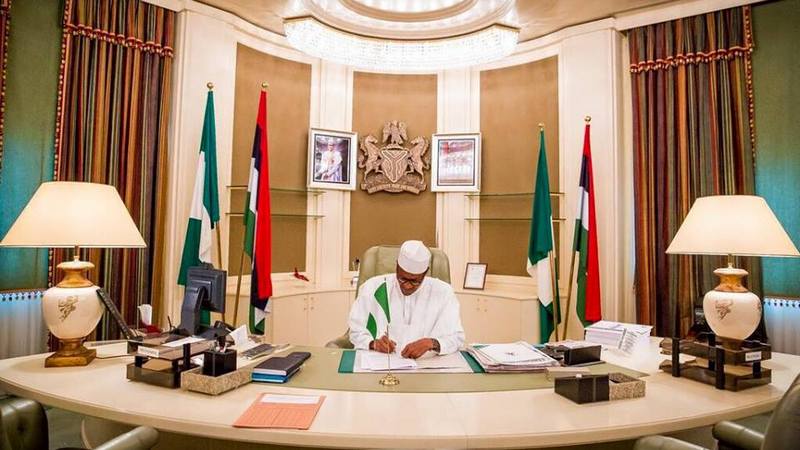 The powers-that-be of Nigeria take great pleasure in describing the country as the “Giant of Africa.”

A towering giant is not expected to have a very small-minded leader. A giant with feet of clay is an object of derision.

A little mind can hardly ever make great things to happen. If ever Nigeria is to reach the range of its potential the country must enjoy a leadership as large as her ambition.

The country has become a butt of jokes across the globe because of the lack of quality in the headship of the dear country.

It is little wonder therefore that at the fifth anniversary of President Muhammadu Buhari’s coming to power, one of the finer minds in the country, Col. Abubakar Dangiwa Umar, has written an open letter to Mr. President lamenting that the country is perforce heading to ruination because of the lopsided appointments of the regime.

Crude nepotism is now being brandished as merit or competence in Nigeria. The political appointments made by President Buhari are a pathetic slap on the face of integrity in governance.

The appointments tilted too dangerously towards his northern constituency can only bode ill for the country no matter the legerdemain called upon to cover things up for the moment.

Adesina ought to understand that there is the proverb that says: “A freeborn given the job of a slave should at least do the job with the work ethics of a true freeborn.”

Injustice has always been at the bottom of Nigeria’s problems. The noise about fighting corruption cannot mask the gravity of the injustice and inequity stationed centre-stage on the national stage today.

Many critics have over time dubbed Buhari a President of Northern Nigeria, with special affiliation to the Muslim faith.

The security chiefs of the country are all from the selfsame section of feudal dominance. Obviously, Mr. President does not care a hoot about the feelings of diverse Nigerians.

The hope initially was that he would make amends in his second tenure. This was of course dashed without any whiff of apology.

The Southeast geo-political zone is totally absent in the scheme of things, thus making observers to ask: “Is the Southeast still a part of Nigeria?”

With such exclusionism, who can in good conscience blame the youths for taking pride in the promotion of Biafra?

It is as though the old General is still fighting the Biafra War!

Nigeria is getting ever so smaller with this exclusionism.  The Constitutional demand that the government must guarantee “the principles of proportional sharing of all bureaucratic, economic, media and political posts at all levels of government” is only observed in the breach by this regime.

Buhari’s unrelenting promotion of only his native North totally violates the Federal Character principle of the Nigerian Constitution.

Buhari has given 75 percent of the posts to the North while a measly 25 percent has been offered the South, with Buhari’s Northwest geopolitical zone taking the largest share of 43 percent.

My friend Ikechukwu Amaechi, Editor-in-Chief of The Niche, once carpeted Buhari thusly: “Buhari is the most provincial leader Nigeria has ever had. He is not fit to be President of Nigeria. How can he continue appointing top officials of government from the North? Customs, Immigration bosses, SGF, Chief of Staff all from the North?”

The whimsical appointments have put the country on edge. It is all so messy.

Some lily-livered excuse has been put up that Buhari is only interested in merit and competence over Federal Character.

If distinction is only domiciled in the North, why would a pupil from Anambra State, for instance, need to score as much as 139 marks to get admitted into the so-called Unity Schools when a pupil from Yobe State is only expected to score just two (2) marks?

Why is merit not extended to the school admission policy? What occult powers would impel the mortals coming from the low-scoring states to become suddenly gifted with merit once it comes to the issue of federal appointments in Nigeria?

It is a great pity that Nigeria has been reduced to the smallness of the little mind. Great leaders all over the world preach inclusiveness.

A complex country such as Nigeria cannot survive without the accommodation of all the ethnicities.

The parochial preaching of dividing Nigeria into “97 percent and 5 percent” as per voter-support is crudely reckless.

Remaking the heavily endangered Nigerian democracy as Northern conquest, or what Chinweizu calls “Caliphate Colonialism”, definitely cannot stand because oppression has never triumphed throughout the history of the world.

For now, there is no country. Someday, Nigeria will have a leader large enough to fulfill her destiny.