I had just returned home from dropping off a friend at a train station last Saturday (September 6) when I read a terse text message: “Dimgba Igwe is dead.” My shock quickly gave way to disbelief. But when I rang the friend who had sent the text, he confirmed the devastating news. Dimgba, he said, was knocked down and gravely wounded by a hit-and-run driver as he jogged near his home in Okota, Lagos.

I made other calls, this time to Dimgba’s friends and colleagues in Nigeria. Each call was extremely difficult. There was no erasing the grim, disenchanting fact. The man was dead.

Such a senseless death befalling any person would have saddened me. That Dimgba was the victim lent a particular sharpness to my pain. Dimgba and I had had a long, and in some ways fortuitous, professional run. In the mid-1980s, we had both worked for the Concord group of newspapers—when that stable was, I suggest, the most effervescent, dynamic and exciting address in Nigerian journalism.

In physique, Dimgba was somewhat diminutive. In manner, he was soft-spoken, even taciturn. When you engaged him in conversation, it was as if you had to coax the words out of him. He always reminded me of the literary sage, Chinua Achebe, a man who was ever reluctant to waste words. Even so, once Dimgba was taken with any subject, he weighed in with a passion and insight that belied his otherwise quiet, self-effacing mien.

Indeed, his work as a journalist spoke louder, much louder than his reticent personality. He stood out even among the talented bunch that the Concord publisher and financier, Moshood Kashimawo Abiola, had assembled to produce a variety of publications. I read him compulsively, in part because he had a way of fixing on subjects that fascinated me and, also, because he was often capable of writing in an assured, consummate style.

One of his passionate subjects was literature. Dimgba began his career at a time when there was something of a literary fervor in Nigeria—and, indeed, Africa. The 1980s was a decade when many young Nigerians and Africans paid profound attention to the creative and critical output of such extraordinary writers as Wole Soyinka, Achebe, Ngugi wa Thiong’o, Buchi Emecheta, Ayi Kwei Armah, Flora Nwapa, Ama Ata Aidoo, Christopher Okigbo, Kofi Awoonor, Ben Okri, Lewis Nkosi, Yambo Ouologuem, and Sembene Ousmane.

Dimgba became part of a small team of writers who fertilized this fresh awakening to things literary. I remember feeling a deep sense of professional envy when he got a rare interview with the reclusive Ghanaian writer, Ayi Kwei Armah. Armah was—and remains—one of my favorite writers. Armah was also famously private. He granted few, if any, interviews. He shunned literary conferences and the limelight they offered. He insisted that the sum of what he wished to share with the world could be found in his books. Yet, his fans yearned for much more; we sought the titillation of hearing his own account of his drama-rich life.

We wanted to hear Armah speak about his years as a student in the United States. We were desperate to learn about his entanglement in literary feuds with several writers, critics and intellectuals, especially fellow Africans. We pined to hear him talk about the nerve-racking adventure of his (ultimately futile) effort to sneak into southern Africa, determined to carry a gun and wage war against the monstrous creed of apartheid.

I don’t know how he managed it, but it was Dimgba who achieved the sheer marvel of getting Armah to open up about some—but by no means all—of the above questions. In the intervening years, Dimgba soared as a journalist. Indeed, he scored many, many more journalistic successes. Yet, whenever he and I met—rather infrequently after my relocation to the US—I always reminisced about that interview with Armah.

At the time of his shocking death, Dimgba had become a veritable force in Nigerian journalism. Long after his days at the Concord, he teamed up with his friend and kindred spirit, Mike Awoyinfa, to midwife the Sun newspaper. In a country where many despair of ever achieving deep understanding across ethnic and religious lines, we have Dimgba’s long-lasting friendship with Awoyinfa to serve as a model and source of inspiration and hope.

Each week, Dimgba’s words illumined for his teeming readers the often-exasperating drama of Nigeria’s fitful, five-decade effort to achieve a semblance of national cohesion and identity. His column, which (like mine) appeared every Tuesday in the Daily Sun, drew many committed readers. Those readers—among them his colleagues—who each week looked forward to reading Dimgba are bound to find their Tuesdays a little sadder and emptier, more forlorn and less radiant.

But not even death can silence Dimgba. The manner of his passing was in itself a powerful reminder of Nigeria’s peculiar tragedy, a minor summing up of the narrative of a country that persists in flirting with disaster. That a man who goes jogging, no doubt in order to keep fit, would come to such shocking end is an indictment on the kind of country that we all, in one way or another, to one degree or another, have helped create.

Few Nigerian cities have streets that provide for pedestrian pathways where a jogger might ply his passion with relative safety. So the act of jogging can easily, suddenly, turn hazardous to your health or life. Besides, as a friend told me when I rang him about Dimgba’s death, most of the drivers on Nigerian roads bought their drivers’ licenses, rather than taking the proficiency tests. In effect, then, Nigerian streets and highways are filled with drivers who have no business being behind wheels. Yet, not only do they handle cars—which, in the hands of the reckless, can be deadly weapons—but some of them also drive while drunk.

That a reckless driver would dim the light of a man who was a giant in his profession just fills me with shattering grief. The anguish is compounded by the fact that, in such tragic occurrences, many eyewitnesses become curiously blind. It’s as if nobody saw the driver or the car and nobody cared to take down the car’s license plate. Dimgba’s family will be told that his death was how God willed it. Odds are that the police will never find the vehicular murderer. They may never be able to identify the perpetrator of this crime and ensure that he does not endanger other lives.

The Dimgba I knew was a magical journalist and a dignified, admirable man. More the pity, then, that, last Saturday, he decided to jog in a country that often makes ants of humans.

May his gentle soul rest in peace. 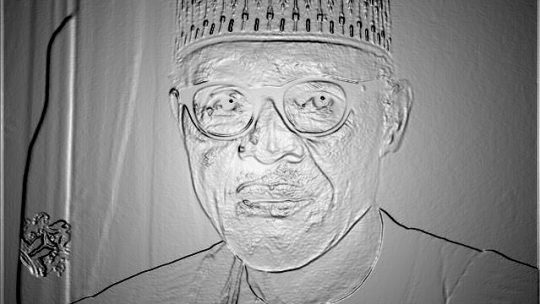 A Humane Proposal For Buhari: Resign

There’s a chance that President Muhammadu Buhari would have come back to Nigeria by the time you read this column, but the fact that he had twice... 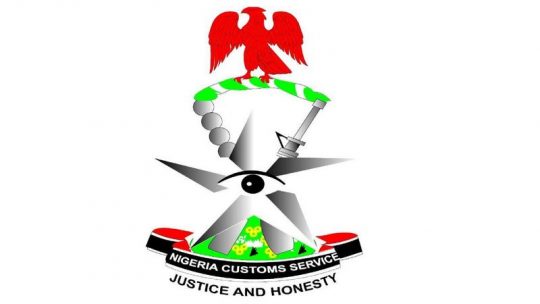 Quarantined Food and Other Absurdities

I have argued before that the Nigerian state appears organized around the principle of inflicting maximum emotional aggravation, and, often, severe...