Electricity Crisis and the Illusion of ‘Body Language’ 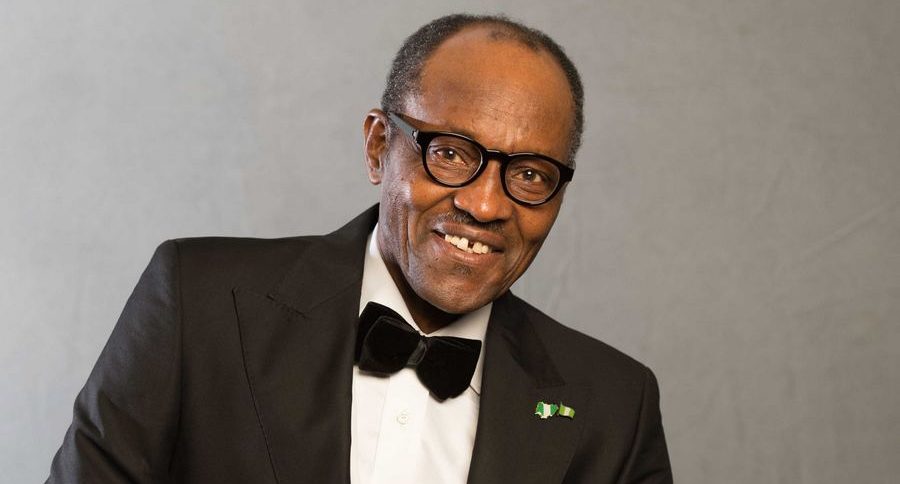 By Wednesday, April 1, 2015 when Nigeria’s Independent National Electoral Commission (INEC) announced General Muhammadu Buhari of the All Progressives Congress (APC) the winner of the March 2015 presidential elections, the rainy season was already here with us. And as all keen and informed observers of Nigeria’s power sector were already fully aware, at that particular season each year, we usually witnessed some improvement in electricity supply due to the increase in the water level usually witnessed at our dams; and 2015 was certainly not going to be an exception.

While the APC and its supporters were all over the place immersed in boundless revelling, chest-beatings and other self-congratulatory gestures, and asking anyone whose ear they were able to attract to await the wonders and miracles which the APC had so freely and loudly promised during the elections now that their “Wonder Man” has won the election, I visited a shop near my office. And there I saw a barely literate young man who was so happy with himself as he confidently told the few people who had some time to spare for his poorly coordinated lectures about what he perceived as Buhari’s pre-inauguration accomplishments:

“You see what I have been saying? The man has not even been sworn in and we are already enjoying light [electricity supply] every day! What will happen then when he is sworn in? Just wait and see! Once he enters there, you will see how everything will change!”

His cocksureness was amazing. He spoke pidgin English, and so what I have attempted here is mere paraphrase of his happy outbursts.

Now, one could easily ignore this clear advertisement of ignorance, but after listening to that fellow that bright afternoon, and thought about the matter later, I begun to have this fear lurking somewhere in me that the APC, given its antecedents and distinguishing character, might soon start reechoing this fellow. Anyone who closely observed the party during the campaigns and elections would readily recall that, somehow, it does not easily recoil from saying just anything that can help it win a few more ears no matter how easily such claims would simply evaporate in the face of reality.

And so, I had to quickly write an article entitled, “Electricity: Can Buhari Break The Jinx?” in which I attempted an analysis of why, in my view, former President Goodluck Jonathan could not achieve an impressive record in the power sector and urged Buhari and his people to hasten to do the right things to achieve a name for themselves since they had unduly raised the people’s expectations during the campaigns. Then I gave them the timely counsel which is contained in the following extract:

“Now, it is a known fact that during each rainy season, there is usually some improvement in electricity supply as currently being witnessed by Nigerians. But instead of deploying solid effort to increase the amount of electricity generation and distribution in the country, the government may naively choose to sit still and start announcing this development as one of its ‘great achievements.’ That would amount to repeating the folly of previous administrations which had also done that forgetting that the rains would soon go away and they would run out of lies trying to explain away the biting reality that would dawn with the sudden return of darkness.”

Sadly, the Buhari regime ignored my widely circulated counsel, and almost immediately, the news everywhere was that the improvement in power supply was as a result of “Buhari’s Body Language.” I had also entertained the faint hope that President Buhari would be able to avoid the very visible pothole called Mr. Lai Mohammed, but soon, he proved me wrong and unleashed him on us as information minister and the “body language” thing degenerated into a sing-song and became so unduly stressed, embellished and stretched far beyond its malleable limits. The simplistic point about the whole “body language” theory is that the fear of Buhari had put every staff at the electricity companies on their toes, and so they had to wake from their slumber to ‘light up’ the country!

But the question the APC megaphones did not bother to ask themselves was: How many megawatts of electricity can Buhari’s “body language” possibly generate? Even if the power sector workers sat up on sighting Buhari, how would they be able to achieve an improvement if there were no capacity in the available infrastructure to do so? Many people now are using pre-paid meters so it is even in the interest of the private electricity companies to generate and distribute power, because their ability to make people pay heavily for protracted darkness has become grossly diminished; they stand to lose each time there is a blackout as the pre-paid meters would simply not record any consumption.

But the APC had become used to lying their way to some advantage and being obsessed with their own voice, so they continued to unduly trumpet the “body language” melody, embellishing it beyond belief until the rains began to recede, taking the “marvelous achievements” of Buhari’s “body language” away with it. Now we have returned to the status quo ante: the oppressive heat has once again unleashed its wrath on hapless Nigerians as the generators roared back into life, wreaking untold havoc on sensitive eardrums, driving sanity away from the helpless masses and emitting dark, poisonous fumes into the atmosphere, thereby, threatening to turn the country into a dangerous gas chamber. And since the APC can neither manufacture a new lie to cover the now expired one or blame former President Jonathan for the thick darkness that has now descended on the nation, they have been forced to keep quiet hoping we’ll all forget to ask questions, especially, as they have also ensured we are perpetually distracted by the headline-grabbing anti-corruption “bombshells” which they are carefully releasing with each passing day.

And this very effective intoxicant seems to have driven everyone into some frenzy and taken virtually all minds and eyes off the little or no governance happening in Abuja and the epileptic power supply (compounded by a worsening fuel crisis in several parts of the country) that has once again become the country’s nightmare. But the question is: how long would the intoxicating (and equally sedative) powers of this anti-corruption drug last before Nigerians recover themselves and resume their demands for actual governance? What exactly are the current policies and programmes of this regime which won an election since March and was inaugurated in May 2015, and when would their implementation commence?

For the first time since Nigeria came into being as an independent country, the Naira is exchanging N305 to one US dollar – under a regime that promised to make One Naira equal to One US dollar? Are we now on our own road to Zimbabwe? Where is Nigeria heading to under the perilous direction of an obviously dishonest and hypocritical political party that appears so blank and perpetually groping for direction?

Okay, now that the so-called “body language” has been exposed for what it is – a mere fabrication to deceive Nigerians – what is Buhari’s blueprint for the power sector? Or are they going to wait for another rainy season to come so they can celebrate another imaginary “body language” miracle, and that is, assuming things do not get so bad before then that even the rainy season bonus will become a distant dream?

The president must hasten to realize that so far he has thrived on the myth carefully erected about his person and abilities by his highly imaginative image managers which already has been unduly overstretched to its breaking point. It ought to have dawned on him by now that after these several months, a growing number of Nigerians may have already begun to discover that, shorn of all beclouding propaganda, there is really very little or even no difference between the much maligned yesterday and the over-praised today, and that even this present king is, after all, equally unclad like all the others that had earlier passed through Aso Rock.

Buhari should, therefore, not allow this growing demystification to irrecoverably mar his legacy at his present age. And the solution is not to unleash a million more Lai Mohammeds on us or engage thousands of e-Rats to spend virtually all the hours of everyday on the social media writing mostly very revolting comments in their very feeble (and often counterproductive) efforts to “defend” and promote the current regime. Propaganda and misinformation may have served their purpose, but now, they seem to have outlived their usefulness.

Indeed, they have virtually lost their power and appeal, and appear now to yield even the very opposites of what they were intended to achieve. What will, therefore, work more effectively on the people now are practical steps to fix the country and its many problems. Nobody is saying that Buhari should solve all of Nigeria’s problems within just a few months in office. That would be a most unreasonable expectation. But the people just want to see the slightest hint that he, at least, knows what the solutions are or even where or how to find them, and that he has, at least, taken even one step in the direction of solution.