Why we should Encourage Sunday Iwalaiye, Daddy Freeze and the likes in Nigeria 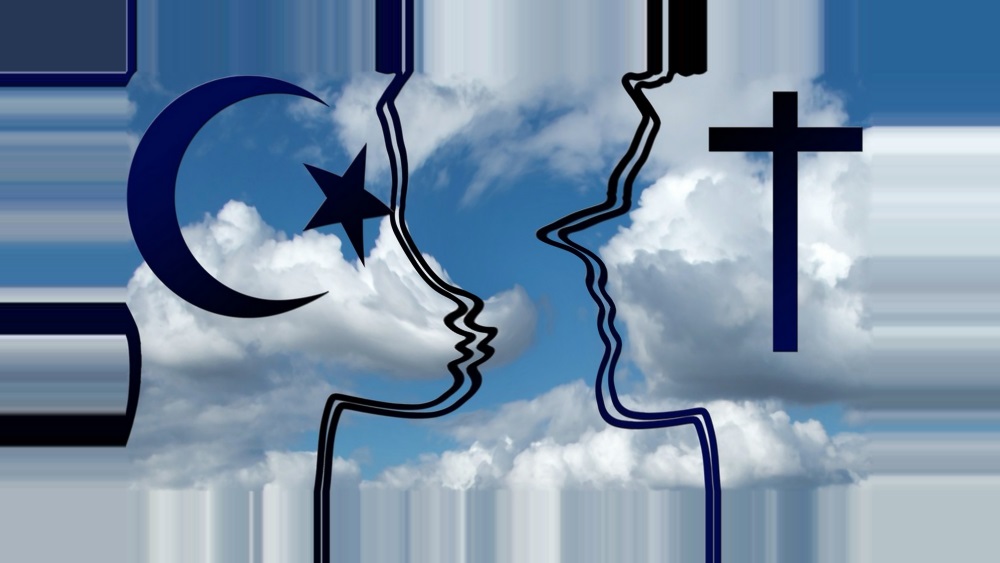 Sunday Iwalaiye is a Nigerian American scientist, and a physicist based in the United States. He is also a social critic. Ifedayo Olarinde popularly called daddy Freeze is a Nigerian radio host and a presenter. The two personalities, among others, have incredibly woken up some of us from our deep slumber. These people and others should keep up the good work on the sensitizing of Nigerians on religious issues and the misinterpretation of its idiosyncrasies. These conscientized Nigerians are working for posterity and for their conscience and God.

Most of their political and religious adversaries will soon know the truth, and the truth shall set them free! They shouldn’t sweat at all about negative people or what people say about them, or about their true faith, beliefs and moral convictions. You can only influence people but you can’t change people’s beliefs unless people are ready to change! A mind is a terrible thing to waste! Structural poverty and poverty of mind are responsible for Nigerian political and religious malaise! It is sacred that you do not question people’s faith, beliefs and opinions but we have every moral right to question people’s facts. This is the exact stance Sunday Iwalaiye and others are exhibiting on social media. They should keep it up!

Nigerian pastors are really afraid of their truthful stance, consistency and mobilization of the Nigerian people to discerning the truth from the deceits, lies and misinterpretations of the words of God for personal aggrandizement.

Their fear is that people are thinking twice these days to ask themselves why they refuse to question fallible human beings’ commands, or being allowed to be brainwashed by them! The Nigerian religious G.O.s are in serious trouble with the crisis of cognitive thinking-they are being rattled by their conscience and consciousness! When the die is cast, they will lose their jobs or self-appointed callings! Their con-arts are being exposed. It’s a question of time. Instead of Nigerian churches and mosques to build magnificent minds, with critical thinking skills for moral rearmament, self-sustainance, self-development and eternal salvation, they’re erecting magnificent buildings for showoff, worldly affairs and for ephemeral.

Meanwhile, you can deceive people most of the times, but you can’t deceive people all the time – apology to Bob Marley! The subconscious mind of man is his potent weapon to liberate himself from other people’s iniquities and cunning, until a man realizes his innate consciousness to discern manipulative and obsequious motives, he will continue to be an easy prey to machinations.

A lot of these preachers have destroyed happy homes in Nigeria because of misinterpretation and indoctrination that are antithetical to the words of God. Most of the spouses in their congregations will come home from churches or mosques after listening to (de)motivational speakers to challenge each other on what their pastors or Imams had told them, instead of triggering their cognitive thinking for evaluation of sermons of these men of God, they’ll come home to turn a happy home to dysfunctional one.

Nigeria is going through a critical and crisis mode in her lifetime, any little lies and deceit will subject fickle and gullible mind to religious and political machinations. Sunday Iwalaiye and other people’s consistency at educating the recalcitrant Nigerian religionists will get them some unreasonable enemies among the ignorant and resenters; they will read their posts on social media but avoid the buttons of “likes”, “sad”, “love”, “wow”, and “angry.” They will be angry with them and their positions on religious but may not be able to press or touch the “angry” button to show their angers and resentment for them. Please, my advice to Sunday Iwalaiye and the likes is that, they shouldn’t falter, afraid or be discouraged. My experience as an officer and LEA is that, every interaction with the bad people is a good opportunity to promote prosocial behaviors, and to correct their critical thinking errors!

Sunday Iwalaiye and his likes, are a mirror to good and bad people in the Nigerian society…..! You can never be liked by all the good and bad people in Nigeria or on social media but your stance can promote and provoke debates to conscientize everyone! These people must not be awed or be dispirited! In retrospect, Sunday Iwalaiye may have forgotten how his online protest on Okonji Iwiala in Jonathan’s administration promoted and triggered the psychology and consciousness of Nigerians about the philandering government of Goodluck Jonathan! No nation has succeeded politically without a collective catalyst to enhance and trigger a national debate and consciousness!

Consequentially, the outcome of collective enlightenment and struggles opened the eyes of the world to the prodigal behavior of Jonathan’s administration. History is a precursor to our future, and what we do now will be a testament to what people will say about us in future! I will end this piece with a quote to either incense or incentivize our mind to ponder on those thoughts that hinder our mindfulness: “When you choose to hurt someone who really loves you with deceit, lies and betrayal, you decide to become one of the worst decisions he has ever made.” Also, “the worst thing about being lied to is knowing you weren’t worth the truth!” These are words of wisdom and lessons to “men of God” or god of men in Nigeria, or elsewhere! Our religious and political leaders need to ponder on how to stop preying on people’s gullibility, the gullible people need to rediscover and polish their cognitive thinking and consciousness.

Though, we are fallible human beings, we are prone to making mistakes at all times, but we must be sincere with ourselves and tell the truth, and nothing but the truth; correct our mistakes sincerely, and at every time possible to avoid the consequences of our actions and inactions.