Without Engineers we are told, we would all be living in caves  and Nigerians are, metaphorically, cave dwellers,,

Kelvin Doe,  John Magiro and William Kankwamba   three  Africans from sierra leone,  Kenya and Malawi  became internationally recognised inventors, Innovators and Engineers   as teenagers when barely out of secondary school. Dear Reader I would not want to spoon feed you so I urge you to look up the names I have mentioned.

William Kankwamba saved his   Village from Famine after reading a book he found in the library.  He constructed a windmill. Note it’s a Book not  36 books or   the latest Scientific Journals. What have Nigerian Engineers  in or out of Academia done with all the Engineering Books and journals found in Nigerian Libraries?  Nigeria has  so many Engineers and she  is as well the poverty capital of the world

John experienced  a  problem  and found a solution- a solution that is transforming the lives of  his community. He built a mini hydro electric power station. And Kelvin Doe Built a Radio Station. Doe was even invited as a Practitioner to MIT which we used to know as the best place in the world to study physics and electrical Engineering.

Rather than focusing on Government, Celebrities, crime    sex and violence the Nigerian and African Newspapers should spend more time asking” what s happening by way of Engineering and innovation in Africa  or why things are not happening at all”, I am quite skeptical about all the noise been made about ICT, which  seems to be about  sitting in front of a computer screen or eyes glued to a smart phones , playing around with  a Key Board and hoping to make lots of money.. Maybe ICT would make a few millionaires but what Africa needs is not more millionaires or  but millions of Jobs.

There are opportunities in problems. For instance after writing about a collapsed building or Inadequate Housing or dilapidated housing for Students maybe the journalist in question should go out to ascertain the state of Building Research and innovation in Nigeria. Mind you , you would not have to wait for  President  Muhammad Buhari to sign a Bill on the research and innovation council  because councils do not achieve anything in Nigeria or Africa. To a large extent you have to look to the  the private sector   and civil society to solve Nigeria’s problems and by extension Africa’s  problems. In many cases Government has enough intelligence but Government is over burdened. 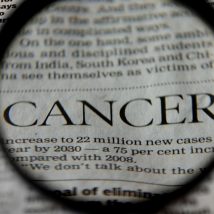 Of Black Churches, Black Scientists and the Nobel Prize for Medicine