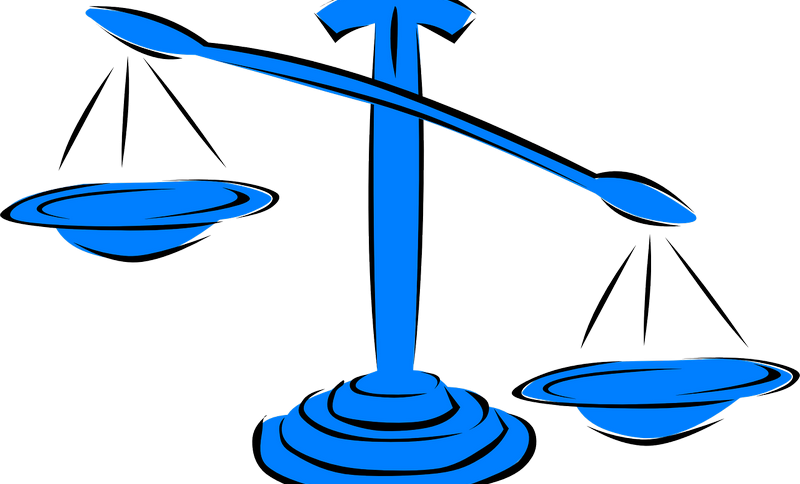 We do not know if you are going to be Sir or Madam. Like a desired unborn child we do not know why it will be you nor do we know what you will look when born. You are however not a desired child rather you are a necessary and inevitable part of the government of the country. As a necessary and inevitable part of government, I write you today with hope that you will still have time to read suggestions and ponder on considerations that come from outside your eventual ministry. Experience has taught many of us that politicians and public office holders tend to be more receptive before getting into office than after.

Even before getting into office, the first thing our future minister should consider is the unique socio-historical context of his or her mandate. The next minister of justice will be coming into office at a time wherein, by general perception and by admission of the President, the system is covered in rot. A rot that is not an incomprehensible act of nature but purely man made in the form of corruption, impunity, incompetence and collusion. The future minster is coming to serve under a President who voters see as an embodiment of anticorruption and from whose administration Nigerians expect to see the past probed and looted funds restituted.

In such a context, the next minister for justice will not have the luxury enjoyed by of his or her predecessors of being just another member of the cabinet. The future minister for justice will be at the center of a lot attention from the general public, press, human right groups, looters and victims of corruption. Indeed the minister will also be at the center and helm of a lot of activities executed by the Courts, Police, DSS, EFCC, ICPC and other agencies.

In the process of these activities, the future minister will have to be continuously mindful of the fact that there will be those who, out of desperation and sheer affiliation, will tag the process of sanitation and restitution as witch-hunting. To be worthy of his or her position, the future minister cannot just argue back or ignore such accusations. Rather the minister must put in place tangible measures that will guarantee the rule of law is followed at all times.

There should be no arrest or search without warrants. Each action of the legal arm of government must be treated like a surgical operation where any error can be fatal. Fatality here is the image of the government and that of justice. It is very difficult not to conclude that recent case of Buruji Kashamu, handled by the NDLEA, was not a botched hatched job. A good minister of justice must do all he or she can to avoid a repeat of such display of dramatic incompetence.

Another aspect that the future minister should be very conscious of is wastage. Legal processes cost money and time, there is also cost in manpower to investigate, arrest and prosecute. The new minister will have to be mindful that he or she is responsible for the usage of the resources of the federation. There have been too many cases put forward by the EFCC and other law enforcement agencies that have amounted to nothing in the end. The new minister has to put in place measures to ensure that each case put forward by and for the government is airtight.

Though the law is subject to interpretation, a good legal practitioner can in most cases, based on available evidence, predict the robustness or less of a case. It will be the duty of the new minister for justice to ensure that under his or her command, cases are thoroughly considered before embarking on sensational and expensive but legally useless battles. The Performance of prosecutors representing the country needs to be measured and those with the habit of losing cases should be recalled.

There should be no sensationalism. Just as the blindfolded lady of justice sees no one but she administers justice, without fear or favour, administrators of justice should not be known.

The new minister should also be wise and bold enough to accept that the legal system he or she will be charged to oversee is not exempt from the rot affecting the country. There are real and suspected cases of corrupt judges and other government officials who conspire with offenders to defraud justice. These corrupt conspirators will work against the success of a committed minister of justice. It will be the duty of the minister to read the riot act to such potential but inevitable saboteurs and to arduously work to identify and prosecute them too.

There are currently laws and judgments that allow a person guilty of stealing millions and billions to refund ridiculous trifles. That needs to change. Ideally people who steal from the commonwealth should at least return all they stole and on top of it pay for the cost of prosecuting them. The new minister will have to advice his or her government that justice must not only be fair and swift, it also has to been seen to be so. There is no justice in a land wherein a hungry Mr. Nobody is jailed for stealing food and a Mr. VIP is fined less than twenty percent of the loot stolen from public coffers.

No doubt, a lot needs to be done and the task of the new minister for justice will not be an easy one, hence we wish whoever emerges the very best. Being minister is however not a Doctor’s prescription, if you think doing the right thing will be too stressful, then stay at home. There are several other ways of making fame and fortune.

Join me if you can @anthonykila to continue these conversations.