Losing elections is never fun for politicians anywhere in the world and more so in our political system, where self interest often overrides public duty considerations and elections are contested on the basis of zero sum games, where the winners take all the spoils and the electorally vanquished are left empty handed. Leaving them with little else to do, other than to lick their wounds, seethe in anger, vent their displeasure, and wait impatiently for the onset of the next electoral cycle within which to renew their candidacies. In such circumstances, it is not surprising that electoral contests frequently assume the character of warfare and rival political candidates do all that they can to achieve their desired ends. In playing out such scenarios, little regard is shown for the welfare of the people, over whom they assert aspirations of leadership, and who ironically often end up the victims of their skirmishes.

It is against the above background that General Muhammadu Buhari has been a serial participant in successive presidential elections since 2003, emerging unsuccessful from each contest. But his repeat participation in these electoral contests, reveal a number of things about him. First of all, that he regards his abilities as sufficiently well developed to lead Nigeria and solve its most pressing challenges. This belief is undoubtedly driven and reinforced by the fact that he has led the country before, albeit, through the barrel of a gun. Second, that despite his misgivings about the Nigerian electoral system, he retains a measure of faith in it, sufficient to renew his candidacy each time. Thirdly, that he is a persistent man who does not give in, or up, easily. Fourthly, that he has an ingrained sense of entitlement which causes him to gravitate towards the attainment of high office. Fifthly, that he believes that there is an establishment conspiracy set against his ambition. Six, because of this suspected conspiracy he has developed a victim’s complex. Seven, he is of an ascetic disposition. Eight, he eschews corruption in public life (quite rare in our politics). Nine, he comes across as being insular and aloof as far as the projection of his public persona is concerned. And finally, he has a propensity towards delivering highly charged periodic emotional outbursts.

What these observations point to is the fact that General Buhari is a complex personality, an understanding of whom is unlikely to emerge through the mechanics of a straight forward process. These observations about him do not necessarily render him good, bad, or unusual, as far as personality types go, but are of interest because he so often offers himself as the missing link crucial to the abridgment of the void which separates our challenging national problems from their much needed solutions. A fact which in itself, reflects the need for analysts and commentators to examine more carefully, the nature of his pronouncements in order to determine whether they are inspired by patriotic, or neurotic, fervour.

Since the outcome of the last elections General Buhari has become particularly strident in his views about their conduct. To his mind, the electoral process was deeply flawed and engineered to deny him victory. About this fact, he feels very strongly and is now barely able to conceal his contempt for those he considers to be the masterminds of his electoral misfortunes. This reveals his aggrieved state of mind at what he considers to be a grave injustice done to him.

To dwell in such a state of mind for a period is one thing, but to do so for prolonged periods is an entirely different matter with its own implications. For one, it deprives him of the opportunity to clear his thoughts and undertake a process of constructive introspection to determine and address areas in which he was not as effective a candidate as he could have been at the last elections. Were he to engage in such a process, he could then re-emerge therefrom with renewed vigour to establish a connection with those sections of the populace, who were not persuaded to vote for him at the last election. To do so, he would need to disseminate his ideas to such sections of the populace as to why he thinks he is a better candidate than others.

One drawback of a presidential system of government is that there is no place in it for an official Opposition to shadow the performance of the Ruling Party at executive level. What this then means, is that Opposition Parties are infrequently heard from, and when they are, it is often in an incoherent and uncoordinated manner. Too often, political candidates disappear into a void after defeat, only to re-emerge at the onset of a new electoral cycle. For this and other reasons, Ruling Parties rarely feel pressured to deliver on their promises to the people.

But to the intelligent and strategically aware Opposition politician, the very absence of an official Opposition function provides the opportunity to create such a role independently of the system. Such a role, if used wisely, could be used to accumulate political capital with the people, by highlighting through constructive criticism what Ruling Parties are neglecting to do and then detailing how they would perform better if given the opportunity. This not only guarantees their continued relevance, but also allows them to frame the content and direct the focus of political debate in between electoral cycles.

One politician who appears to understand the importance of such an approach is Mallam Nasir El-Rufai. With regularity, he produces thought provoking commentaries on different aspects of the performance of Ruling Parties in our system. Whatever the slant of his arguments or analyses – sound or otherwise – his contributions stress the importance of the dialectical process in generating contending ideas that are essential to the wellbeing of our national body politic. It is important that Ruling Parties in their response to such views, do not treat their proponents as enemies, but see their views as essential to the national political debate.

General Buhari stands to gain much from Mallam El-Rufai’s approach. He needs to become more constructive in his commentaries and seek to exert his influence more positively. One way of doing so, would be to influence the performance of Governors within his political sphere of control. He should encourage them to pursue policies which bring peace, progress, and, prosperity to their States. To such a degree, that they become reference points of good governance for the rest of the country. If he is able to do so, then he will strengthen and broaden his appeal to other parts of the nation. But if not, he will weaken it and render his rhetoric hollow.

The period before the next elections provides him the time and space to elevate his thinking and raise his sights. Rather than give vent to pronouncements capable of being construed, or misconstrued, as inflammatory, he should aspire to inspire the people to be more discriminating in their political choices. So in this regard he needs to tone down the tone, and temper the temper, of his pronouncements and exercise more care in his choice of analogies. Not to do so will be a mistake.

In any case, much of the above is predicated upon the notion that he still contemplates running for president in the future. If he does then he needs to proceed to produce robust political propositions with which to persuade the people that he is a credible alternative candidate worthy of their consideration. For on no other basis, will significant or sufficient numbers of voters contemplate his suitability for the highest office in the land. 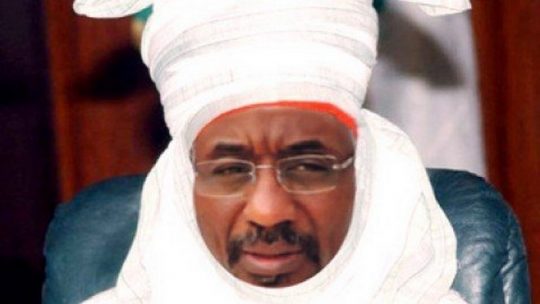 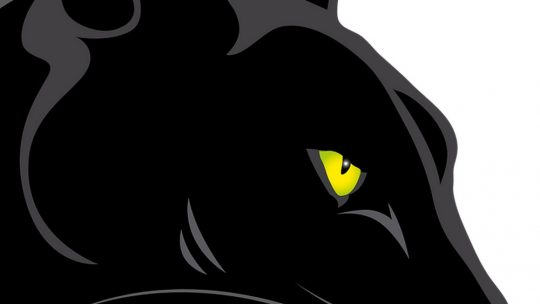