“Revolutionary change does not come as one cataclysmic moment, but as an endless succession of surprises, moving zigzag toward a more decent society. We don’t have to engage in grand, heroic actions to participate in the process of change. Small acts, when multiplied by millions of people, can transform the world.” – Howard Zinn

It is no longer breaking news that the massive, artfully contrived malpractices that accompanied the 2019 General Elections in Nigeria stands out as the most unprecedented in the country’s checkered electoral history, obfuscating all previous electoral gains the country had made since the return of civil rule in 1999, following several years of Jackboot misrule; a sour reminder that the country’s much vaunted return to democratic governance has been nothing but an empty mirage; a gigantic pipe dream of the most atavistic kind; a fact corroborated by both local and international observers who came, saw and were rudely shocked at the brazen manner all democratic norms were cast aside by political entrepreneurs bent on subverting the general will in their morbid bids to sustain a monstrous, pernicious, impassive, brutal government in power.

Literature of several hues have already been churned out consequent to the mind-bending electoral fiasco of 2019, so I won’t bother you with tales of the nuances of this vast, rapacious and unprecedented rape of democracy in Nigeria by the uncouth animals in human skin ruining the affairs of this country, but proceed to bluntly express my misgivings at the gutless manner we have once more conceded defeat to the marauding forces of darkness.

According to Edmund Burke, the cerebral English author and politician per excellence, “the only thing necessary for the triumph of evil is for good men to do nothing”. This evergreen saying popped up in my mind’s eye as I ruminated over the shocking reactions that have so far trailed the skewed outcome of the recently held 2019 General Elections in Nigeria; especially the stupefying volte-face and pathetic resignation to fate by some of President Muhamadu Buhari’s staunchest critics.

Prior to the polls, the larger consensus within the body politic, consequent to the prevailing negative economic, political and social indicators was that there was an urgent need for another change of guards; that PMB’s administration, haven transformed from being a promising project into a monumental disaster, had to be legitimately sacked by the winnowing force of people power. At the head of the anti-Buhari army were some prominent opinion leaders from the opposition political parties, civil society, media, pressure groups, academia, socio-cultural organizations, religious and other influential groups in the country.

Prodded by these supposed apostles of political correctness, who were appareled in the cassocks of patriotic shepherds, Nigerians boldly marched to the polls on D-Day, intent on speaking with one voice, convinced that they had the collective muscle to save their rough sailing Titanic from blundering into an avoidable iceberg. But alas, their high expectations were grotesquely dashed by the instrumentality of a grand conspiracy that was hatched and executed by a crop of soulless, sit-tight, power mongering  demagogues, who had earlier stolen their way to power in 2015, by means of arcane arts that Old Nick – the Devil – himself would have envied.

The sacrilegious outcome of the polls notwithstanding, what bothers me most is the resigned manner the arrowheads of the “Buhari must go” movement, the principal champions of a better Nigeria, have lamely accepted the crooked and treasonous outcome of the most compromised election in the country’s political history, resorting to singing contradictory tunes rather than standing up to this daylight robbery. The demeanors and body languages of these narcissistic chameleons have exposed them as treacherous, spineless, devious characters; as the real enemies within. Equally shocking and difficult to comprehend is the stoic equanimity with which the electorate, the victims of this grand electoral sham have tamely resigned to being led for another four calendar years by a band of marauding dark lords who think Nigeria is their private estate – treasure chest is more appropriate.

It is only in a land dominated by the commonsensically impaired that people submissively accept to being ruled by a bunch of naturally self-seeking, highly impassive, progressively senile, morally decadent, dishonorably unprincipled, habitually clueless and malevolently directionless band of rulers without any form of resistance. Are we so blind that we can’t see the handwriting on the wall; that Nigeria is in a cul-de-sac with spiked walls? Do we need sages, mages and intellectual Goliaths to tell us that we are going nowhere with the current crop of rulers navigating our weather-beaten ship of state?

So, it is back to business as usual? So, we have suddenly forgotten the several economic, political, social, moral and plethora of other enervating crimes against humanity committed against us by this monstrous administration in the past four years? Have we forgotten the massive loss of lives across the country consequent to this administration’s lax, porous, tentative, and poorly structured security architecture that woefully failed to protect Nigerians from the rampaging phantoms of violence? Have we forgotten PMB’s several scorched earth economic blunders that have transformed most Nigerians into the wretched of the earth?  Have we forgotten …? Are our memories so short?

No wonder we are where we are today. We, the supposed victims of the rank cruelties of the political lords, are responsible for the putrid rots afflicting our country. We are as complicit as the ruling class in the making of the tragedy called Nigeria, by keeping silent while the human contrived absurdities we daily whine about rear their ugly heads. Evil thrives because we look on. We stare wide-eyed while a black cloud grows into a destructive squall. We watch with folded arms the various convocations of the ugly ones… the several Sabbaths of the witches and warlocks in our land. We are encouraging the spread of a pandemic, despite seeing the early-warning signs. Yes, whether we accept it or not, our silence constitutes consent! We unwittingly aid and abet the destroyers of our country. Thus, we all qualify as casualties; all victims of our collective actions and inactions.

No! Evil must not be allowed to triumph? The battle is just getting started. We must gird our loins, rise up from this momentary setback and fight back, using all legitimate, peaceful strategies of passive resistance at our disposal. We can no longer afford to be docile in the face of danger. We should no longer fail to question the brazen disregard of our rights by the callous operators of the state. We should no longer fail to check the irrational maladministration of our country by the hooded, calculating, cold-blooded hijackers of our liberties. We should no longer look on while vampires suck our blood. We must be ready to begin to hold our leaders to account.

Bad governance has thrived for so long in Nigeria because it has not been seriously resisted; because Nigerians have been passive and quiescent. Fear has been its key operating principle. Once Nigerians conquer their fears, this evil establishment will crumble like a sand castle without a firm base, for in the words of Mahatma Gandhi, “even the most despotic government cannot stand except for the consent of the governed whose consent is often forcibly procured by the despot. Immediately the subject ceases to fear the despotic force, his power is gone”. Speaking in similar vein Noam Chomsky avers that, “any system of power, even a fascist dictatorship, is responsive to public dissidence”.

Compatriots, it is our collective duty, as it is our right, to save our country. The time to act is now. God save Nigeria! 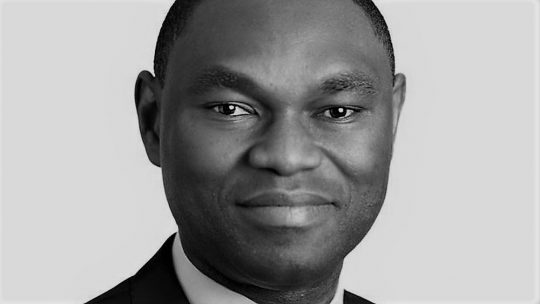