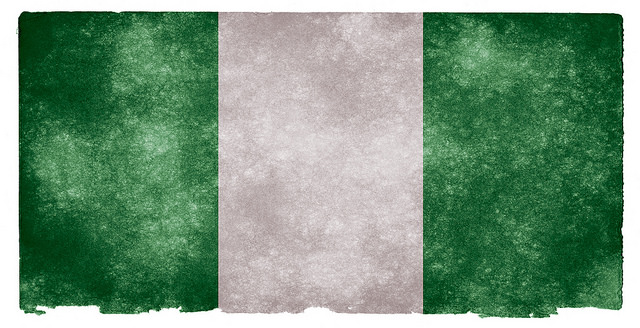 I recall a testy exchange in 2009 at the Westin Hotel in Providence, Rhode Island between a ranking member of the Nigerian House of Representatives and a US-based, Nigerian-born attorney. Both men were attending the inaugural edition of the Chinua Achebe Colloquium on Africa. During a break in the proceedings, this US-based attorney as well as two other Nigerians cornered the representative.

“How much do you make as salary in a year?” the lawyer asked with the kind of directions that Americans display when face-to-face with public officials.

The lawmaker was in no haste to divulge the information. Instead, he asked, “Why do you want to know?”

“Because I am a Nigerian. And you’re supposed to be stewards of the Nigerian people. You owe it to us to be open about how much you get paid for the job you do—or don’t do.”

It was clear the legislator would not be tempted into openness and transparency. In Nigeria, few would have dared accosting him on his pay. His police orderly (poorly paid, by the way) would have used the butt of a gun to crack open the skull of his oga’s interlocutor. And then the rude “challenger” would be dragged away to an overcrowded, feculent, mosquito-infested police detention cell.

Thank God the encounter was on American grounds, the legislator without the accustomed police detail that, in Nigeria, would have built a human buffer between oga and any hostile citizen.

“Our salary is not a secret. Anybody can have access to the information,” the lawmaker said. He made the assertion in a fiery vein, his manner impatient and bellicose. Despite his claim about the availability of the information, he would not provide a straightforward answer about his pay.

The lawyer happened to be a stubborn man. He would not accept the legislator’s demurral. “You say the information is not a secret, yet you’re not providing it to me.” Using his hand to do a sweep of the circle of spectators, he added: “Everybody here is a Nigerian. And you are not just a member of the Nigerian House of Representatives; you are, in fact, a top official of the lawmaking body. If the information is as open as you suggest, why not go ahead and tell us?”

“Why should I give you information that you can find by yourself?” the legislator asked.

“Now, sir, if you’re uncomfortable telling us how much you make, why not state what an average member of the House makes?”

“But I have already told you the information is not secret.”

“Okay,” the lawyer said, indicating a change of tactics. “How do you justify members of the National Assembly being the highest paid legislators in the world?”

The lawyer gave a short, amused laugh. “You see, people like you just make up things. It’s not true that we’re the highest paid in the world.”

The lawyer’s next move was devastating. “I am a successful lawyer in America,” he told the lawmaker. “Where did you get the money to buy a thirty thousand dollar wristwatch?”

All eyes darted to the legislator’s wrist, adorned with a glitzy watch.

“Sir,” the lawyer said, “I know a few things about wristwatches.”

The legislator was visibly upset. He fell silent for a moment, like a boxer stunned by an opponent with a surprise uppercut. When he found his voice, he stated, rather imperiously, that he had made good money long before he was elected into the House.

Several years later, the remuneration of Nigerian lawmakers remains a subject shrouded in some mystery, a matter of considerable “guess-timation.” From time to time, one medium or another would release the supposed package of our lawmakers. The figures are consistently astonishing and shocking.

A civic initiative called BudgIT is challenging Nigerian legislators to embrace the ideals of transparency and accountability in their affairs, beginning with the basic issue of what they make. A recent report by Quartz Africa indicated that Nigerian lawmakers are the second highest paid in the world, behind only their American colleagues—and significantly ahead of lawmakers in the UK and every single country in Europe and Asia.

Quartz reported: “Nigerian legislators, among the world’s top paid, receive annual salaries of between $150,000 to $190,000 per annum depending on exchange rates. At current exchange rates Nigerian lawmakers, would earn around $160,000 more than British MPs who make around $105,000 according to data from The Economist. In fact, until plunging oil prices started putting pressure on the Nigerian naira earlier this year, the Nigerian lawmakers were the second highest paid lawmakers in the world.

“The average legislators’ pay is more than 50 times Nigeria‘s GDP per capita. In a country where millions live on less than two dollars daily and minimum wage is set at $90 a month, the legislator’s bumper pay has been described as outrageous. The campaign for a cut in the National Assembly’s funds as a new government comes in is fitting as President Buhari, who will earn less than the lawmakers, has a reputation for being modest and austere.”

That Nigeria should be in the conversation about the highest paid legislators in the world is anomalous enough, given the depths of poverty in the country. What makes the situation even less tenable is the fact that, on a performance index, Nigerian legislatures (at the state and federal levels) have epitomized ineptitude, incompetence and mediocrity.

Even if you take the most basic task of screening candidates for cabinet posts at state and federal levels, Nigerian lawmakers have brought a mixture of laziness and ethical hollowness to the task. Often, when asked to screen a nominee with grave ethical baggage, our lawmakers resort to declaring the nominee “a statesman,” followed by the formula, “Take a bow and go”!

I am not aware of any occasion when the National Assembly has subjected the executive arm’s budgetary management to serious scrutiny. Such scrutiny would routinely expose gaps between projected expenditures on projects and actual spending.

Clearly, Nigerians can’t afford a situation where their legislators take such a huge chunk of the country’s resources and put in little or no work in return. The price tag for the country’s legislative sector is simply unsustainable.

I’d suggest a constitutional amendment that would establish part time legislatures at all levels of governance in Nigeria. This is done in several states in the US. Lawmaking should not be a full-time job in a country like Nigeria. Instead, lawmakers should gather periodically to look at a number of bills and to carry out oversight functions. Rather than get paid for snoozing in Abuja, they should earn sitting allowances for the times they are in session. By removing the financial incentives draw mediocrities to the legislative chambers, we are likely to get legislatures peopled by men and women of better learning, ethical quality, and vision whose goal is to use the instrument of lawmaking to serve their society.