It defies age, gender, culture, social and economic status. The love thing, just like a bug or virus you become its slave once it catches you. You can never tell how your emotions will play out, playing the game of love for those who think they understand what love means can be frustrating, exhilarating, exciting and sadly deadly. It is everyman or every woman to his or her own ways, despite all the lonely hearts newspaper columns, and the tons of text and advice on the subject on the internet, I still think that people are their best or worst advisers in the game of love.

So what has love got to do with sex? Well, it may depend on who you are, your orientation and background, speaking for my self and my friends and generation, I would say that we did not necessarily associate one with the other, in those days of youth and folly, being in and falling in love was a concept that was so much derided, and the callous and careless sex option so much cherished. As the hairs turned grey, and the muscles got weaker, the spirits of the libido got dampened; with occasional spasms and protests in reminisce of the old days.

Now friendship is valued and companionship appreciated, throw in some toddlers into the equation and the sense of family, accomplishment and fulfilment is completed. And so men (maybe women also) work hard, and play soft and less, to improve and maintain the quality of life of the family that he or she has now managed to build.

Joys, hope and happiness now share a common fate with the success and (or) failure of marriage, pledges are made, and oaths sworn to defend with all might a man’s only visible proof of responsibility and manhood. Hell will know no fury worse than the rage that will erupt if anything or anybody attempts to challenge the man’s domain, or defile and compromise the empress of his kingdom.

My addiction to the personal computer and the internet has often made me to wonder if I could have coped and managed in another age and time, if you are reading this, I guess the same applies to you as well. Both at work and at home, the internet increasingly has become a part of our daily lives.

Very busy folks who spend all their days at work with their eyes fixed on the monitor, do not have time anymore for dating (for the unmarried ones), but they are not complaining, there are now thousands of websites ready to pop up in their windows a suitable screen date, relationships are now being carried out over the internet. Emails and chat rooms have made things easy and fast. However, what about when the phase moves from falling in love to failing in love, what does the man do and who does he turn into?

I see a danger with the internet; the human angle is gradually being eroded as some of us now seek friends and family with ‘faceless’ people over the internet. Take for instance this true life incident. In my mind, the gentleman concerned apparently has taken the global village and online community concept a bit too far.

I belong to an Igbo yahoo group, one of those now fledgling favourite past times, where people from all over the world share views and information. Sometime ago, a member of the group (Mr A), posted a message on the group site, accusing another member of the group (Mr B) of coveting his wife (Mrs A). When the message first appeared, members of the forum thought it was a huge joke, probably an April fool gimmick, but a cursory look at the calendar confirmed to us all that indeed we were not in the month of April. Trust our people, they took the man’s story to town, overnight marriage counsellors emerged on the forum; “if it was me, I would do this, if it was me I would do that” rented the web space.

It was like watching a B rated movie, gory details and analysis spurred out of member’s keyboards, some even attempted to guess where and how the deed was done.

Do you blame them?

There is an Igbo proverb that says that it is the man who gathers ant infested firewood that has thrown an open invitation to lizards to come and feast. Residents of the town in America where the couple live, and who are also members of the forum filtered in grapevine stories, part of which was that it was Mr A that has been painting the town red, and that Mr B actually was playing good Samaritan trying to settle the marriage palaver between Mr A and Mrs B, and that it was during one of those peace missions that Mr A saw his wife in Mr B’s car and then concluded that Mr B obviously must have been tapping from his palm wine tree. Did Mr B get too close for comfort?

Other ‘analysts’ on the forum alleged that Mr A and Mr B’s issue actually was beyond who was sleeping with who, that both were contenders for an elective position in one of those town union (kparakpo) associations, and that Mr A had actually played his wife as a joker or pawn to tarnish Mr B’s image, and to make him ineligible for the position. It did seem that while this he said – she said went back and forth, membership of the group increased, evidence then of how we love to feast on other people’s sorrows. Sex sells, remember?

Meanwhile, along the line, Mrs B managed to secure a spokesperson (for some reasons, she wasn’t a member of the forum, I don’t know if she applied and was denied access) in another woman of substance who is also a member of the group (call her Lady T). Lady T from her several postings on the site didn’t seem like the kind of woman any man would like to mess around with; apparently she is some political heavyweight in America for one of the political parties in Nigeria.

Anyway, through lady T we got to hear Mrs B’s side, she denied the allegation and accused the

husband of trying to tarnish her image (she didn’t say why Mr B would want to do that), she informed members of the forum that her issues with her husband was now before her husband’s Umunna.

What would make a normal man to decide to wash his dirty linen in public? We still don’t know. While some have blamed the internet and members of the forum for fanning the flames of the conflict further, some others are heaping the blame on Mr A who let his family down by taking the story of their sex life and marriage to town, an act that seriously foreclosed any serious attempt at reconciliation.

Till date there hasn’t yet been an update on the Mr and Mrs A affair, so we all don’t know how the matter panned out. Could it be that we have all learnt our lessons to mind our own business, knowing that what goes around comes around or are we advising ourselves using Boma Erokosimo’s (ace Port Harcourt FM presenter) popular proverb that he or she who throws a stone into the market square should also be wary because a family member or acquaintance may also be inside the market.

Meanwhile in the UK Rob Mendoza have set up a new and controversial website aptly called fakealibi.co.uk, unlike the U.S reality show cheaters which tracks and exposes love cheats, fakealibi actually encourages love cheats by providing and equipping them with (yes, you guessed right) – a fake alibi. Another fulfilment of Angelina Jolie’s remarks – that which nourishes us also kills us.

According to Rob Goulding, fakealibi’s marketing spokesman, the website is “the world’s only legitimate alibi service” and claims to have more than 21,000 satisfied customers who use its operatives to provide cover for extramarital liaisons. “We provide white lies for a variety of reasons, but easily the most common is because someone is having an affair,” he says. He cites the example of the solicitor anxious to spend a weekend with his mistress: “We set up an alibi for him, using an invite to a fake law conference. If he had been contacted on the number on the invite, the caller would have gone through to one of our agents, who would have confirmed that he was at the conference.” He concluded.

The question still is whether the internet is our friend or foe, especially with the activities of the likes of Mr A and fakealibi.co.uk. 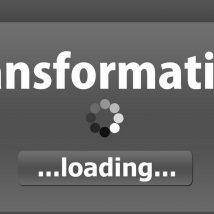 It’s Time to Take it To the Next Level!