New Orleans on my Mind 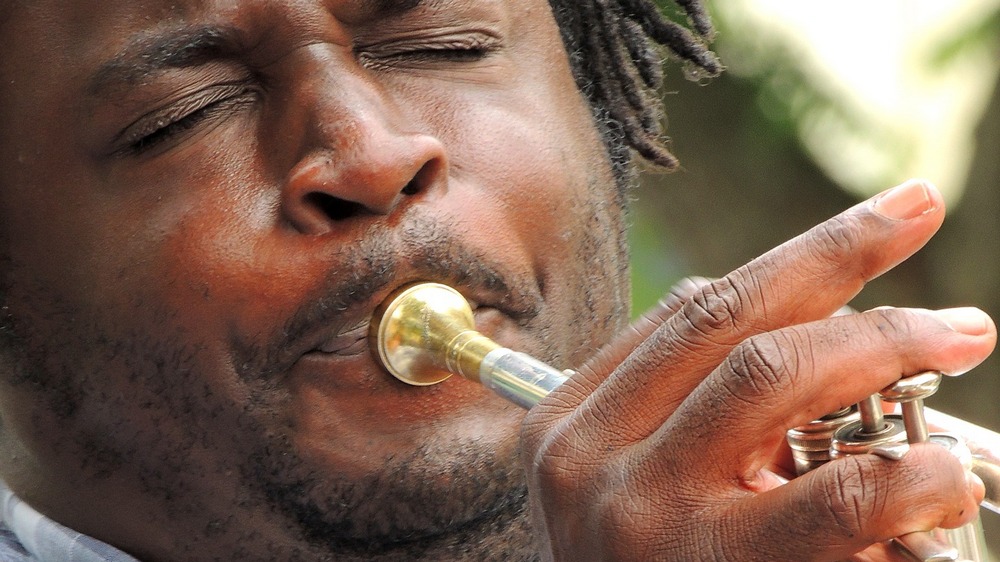 The enthusiastic way she was mounting our luggage into the bus sent an American welcoming message that disavowed my unexposed mind to the celebration of the dignity of labour in the USA. The bus had little room for our luggage. Our luggage was eventually accommodated after much squeezing and pressing. We were stopped on the way by a concerned motorist who had noticed that our luggage was exposed because the rear of the bus was open. The driver got down and closed it, not knowing that some luggage had already fallen off. We only realized that when we got to the Inter-Continental Hotel on St Charles Avenue downtown New Orleans when Mrs Claudeed Madge Claasen from Namibia could not find her luggage. The assurance from the bus company that the luggage would be found was realized when, the next morning, the luggage was retrieved from the airport office of the American Airline where a Good Samaritan, who had found it on the highway the previous night, had taken it to. Talk about a society with principles.

Louisiana, the Child of the Mississippi Creole State and home to the Angolan Prison — America’s largest maximum security, is a southeastern American state sitting on the Gulf of Mexico. Its neighbouring states are Texas, Arkansas and Mississippi. Louisiana has a multicultural history which is why it is a host to a confluence of English, Indigenous American, Spanish, French, African and a variety of other cultures. Over 30% of the population of Louisiana is black.

When compared to California with a GDP of $2,602,672 or the neighbouring State of Texas with a GDP of $ 1,616,801, Louisiana’s GDP of US$235,109 billion in 2016 ranked its economy very in the USA. Though known more for its agricultural products and seafood — supplying 90% of the World’s crawfish, Louisiana, like Texas, has oil and gas deposits.

Baton Rouge — Louisiana’s capital city — is home to the Louisiana State Capitol that houses the two chambers for the Louisiana bicameral State Legislature made up of the Louisiana House of Representatives and Senate; and the office of the Governor. It is 81 miles (121.5 km) away from New Orleans, the largest city, commercial nerve of Louisiana, hosting the state’s Supreme Court. With limited high ground, most of New Orleans is below sea level which is why it is susceptible to hurricanes. Twelve years after Hurricane Katrina, its scars are still evident in the city, and its psychological impact on the people is still noticeable.

New Orleans is the birthplace of jazz. The city has produced black music legends like Louis Armstrong (composer of “What a Wonderful World” and “When the Saints Go Marching in”), the instrumentalist Sydney Bechet (whose “Petite Fleur”, recorded in 1934, is still a favourite among jazz enthusiasts), the queen of gospel music Mahalia Jackson, once described by Harry Belanfonte as the single most powerful black woman in the US, and pianist Dr John. A visit to the Louis Armstrong Park and Congo Square will explain how music is fused into the history and culture of New Orleans.

When I stopped over in Carrollton, Dallas in Texas, after the programme, the questions that I was repeatedly asked were about New Orleans’ food, music and the French Quarters. Even before I got to New Orleans, a classmate and friend of mine practicing law in Los Angeles had advised me to visit the French Quarters with special emphasis on the Bourbon Street.

Of course, New Orleans’ downtown Central Business District does not have the thrills and spills of New York’s Manhattan or come closer in size to the Central Business Districts of Chicago, Los Angeles, Boston, Philadelphia and Washington DC. But there is something unique about its neighbourhood — the French Quarters, which accounts for most of the almost ten million visitors that the city attracts annually. In terms of houses, the French Quarters can hardly impress an African visitor. National Historic Preservation Act of 1966 and the city’s preservation policy have kept intact the French Quarter’s architecture that was built during the late 18th century and the period of Spanish rule over the city. Unaffected by the gentrification of the rest of New Orleans, the French Quarters personifies the cultural diversity of New Orleans and the State’s historical links to the Spanish and French. Borrowing a description for the French Street in New Orleans, the French Quarters — well-known for its T-shirt shops — is the thriving epicenter of New Orleans’ culture. The quarters’ “eclectic mix of people, clubs, restaurants, and venues come together to form one of the most energetic and vibrant cultural spots in the city.” The French Quarters is notorious for its infamous Mardi Gras festival.

The most notorious street for booze and strip clubs in the French Quarters — the holy monk in the day, the devil at night — is Bourbon Street. The street houses the Musical Legends Park that features life-size bronze statutes of New Orleans musicians.

In deference to its historical links to Spain and France, Louisiana, unlike the other states – common law states, is a civil law state. Louisiana is also the only state in the USA that calls its local government subdivisions Parishes. Forty-eight other states call them Counties, while Alaska calls them Boroughs.
The first visit of the International Visitor Leadership (US Judicial System 2017) in Louisiana was made on Thursday, 24 August, 2917 to Honourable Bernadette D’Souza, Judge of the Civil District Court Parish of Orleans. The Court is a court of general civil jurisdiction. In every Parish in Louisiana, except Orleans, there is a District Court with Civil and Criminal Jurisdiction. In Orleans Parish the Civil and Criminal District Courts are legally distinct and located in different buildings. We witnessed a court session. Although his lawyers led the complainant in evidence and the defendant’s counsel was absent, the judge asked questions freely and admitted in evidence text messages from the phone of the complainant.

The second visit of 24 August, 2017 was to the Tulane Law School in New Orleans, where we met with Ms. Katherine Mattes, the Clinical Instructor of the Law School Criminal Clinic. The Tulane University Law School Criminal Law Clinic has much to teach law faculties in Nigeria. The clinic does not only teach students the art of forensic advocacy but also gives them experiential training in all aspects of lawyering skills, including interviewing clients, counseling, negotiation, case planning, discovery, moving of motions, making of opening and closing trial statements, cross-examinations and writing of addresses and briefs. Students of the clinic are permitted to represent clients in trial courts, and even write and argue appellate briefs. The clinic also engages in consultancy and the making of bills for legislators, thereby achieving two goals: equipping its students for active practice, and making money for the faculty.

The third meeting of the day was a meeting with Walter Wolf, a lawyer with the law firm called Moral Law office in New Orleans, who made a presentation on the Louisiana civil code. Wolf also highlighted Louisiana’s high incarceration rate, being the highest in the world, and the state’s three-strikes law, aka three-strikes-and-you’re out law, which prescribes enhanced sentence, especially life imprisonment, for a repeat offender’s third felony conviction.

The next day, the group met with Honourable Anrea Price Janzen, Chief Judge and Honourable Barron Burmaster, Judge of the Jefferson Parish Juvenile Court in New Orleans. Established in 1958, it has jurisdiction over matters of juvenile delinquency, families in need of services, adoption, juvenile traffic violations, criminal neglect of family and child support, and certain special proceedings.

The day was spiced up with an 8pm Ellis Marsalis Quartet’s jazz show at Smug Harbour. There we experienced one of the countless daily jazz shows in the cradle of jazz. Though not really a jazz enthusiast, one went away with a feeling of accomplishment to have attended such a classy event.

Saturday 26 August, 2017 was spent on a guided tour of New Orleans. The tour guide was Mr. Robert Freeland, a licensed tour guide with in-depth knowledge of the history of Louisiana. I am yet to meet persons who talk more than American tour guides. Yes, their profession is a talking profession. A tour guide does not only guide tourists and gives them information about the places they visit. Guides must have near encyclopedic knowledge of the states in general and cities they reside and work in. Freeland talked through New Orleans’ history, culture, religion and socio-political life. His commentaries and answers to questions about the various locations we visited made him sound like the architect, the builder and owner of New Orleans. Those handling culture and tourism in Nigeria have much to learn from American tour guides. Tourism is a money-spinner, definitely not one for charlatans.

Three hours of the evening of Sunday 27 August, 2017 was spent on the Creole Queen Jazz Cruise on the waters of New Orleans. The next day’s visit to the Louisiana State Penitentiary, aka Angola, was aborted – even after we had driven all the way to the outskirts of Baton Rouge – because of weather complications. Back to the hotel, I spent the day studying the legal system of Louisiana.

We departed New Orleans for Minneapolis on Tuesday 29 August, 2017.