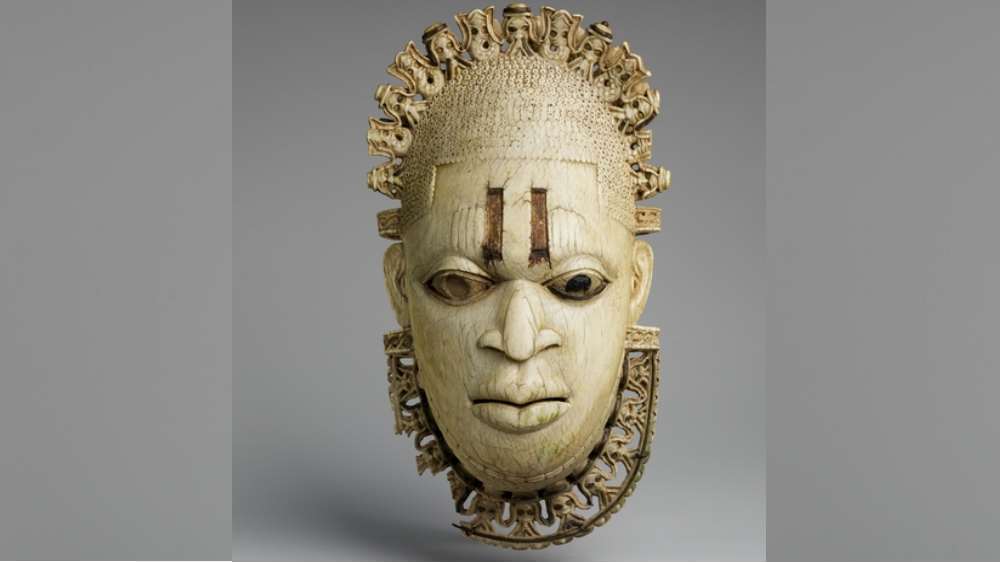 Debunking persistent myths and showcasing that Africans had developed complex art and systems prior to slavery and colonialism.

At last, quintessential Nigerian art may return home where it belongs in the Benin Kingdom in Nigeria (not to be mistaken with the Republic of Benin, the country in West Africa). Benin is a westernized version of Bini, a corruption of ile ibinu—so named by their ancestors, the Yorubas of Nigeria—meaning the land of anger. Benin is also home to what was labelled the largest man-made structure in the world, lengthwise, and the world’s largest earthwork, the “Iya Wall,” which reportedly subsumes the great Wall of China. The Iya of Benin in Nigeria, was inducted into the UNESCO world heritage tentative list in 1995.

Upon discovery or rather “exposure” of these ancient and complex artworks and structures in Nigeria in the 1990s, archaeologists and historians from Europe called for a reassessment of West African history. Yoruba bronze works were of such an advanced stage and noted to be comparable in complexity to the Romans’ at their peak.

So far, the oldest sophisticated complex art in sub-Saharan Africa is located in Nigeria, in the Jos, Plateau area. It is called the Nok culture, an abandoned cluster of complex terracotta works dated at 3,000 years old. Historians posit that it was left behind by people who moved further south of Nigeria, and came to be known as Yorubas, and who continued developing complex art works.

Modern historians and archeologists have noted the similarities between Nok terracotta and the brass and terracotta works of Ife kingdom of the Yorubas, which came about 700 years after the end of the Nok civilization.

“The terracottas of Nok culture demonstrate the complexity of life and society in West Africa in ancient times, but what happened next? It is suggested that the Nok eventually evolved into the later Yoruba kingdom of Ife.”

The Yoruba empire, which in the era corresponding with Europe’s Middle Age, constituted the most urbanized cities in Africa, and disintegrated with the transatlantic slave trade, which decimated its populations. Yorubas speak an intoned language, and are distinguished by the talking drums and their vibrant spiritual/soulful dances, once performed in the worship of their complex pantheon of 400 deities that are subsidiary to Olodumare or the Supreme Being, too transcendent for man to conceive or interact with. Many Yorubas, who were able to escape slavery in Brazil, returned to Lagos to be reunited with their Yoruba kin. The Yorubas are also remarkable for their urbane ways, respect for elders, politeness, hospitality, civility and diplomacy (cheekily called “politicians” for their accommodating ways). World Boxing Heavyweight Champion, Anthony Femi Joshua, basketball legend, Hakeem Olajuwon, Fela, Seal, Wizkid and Sade Adu are Yorubas. Many Cubans, Brazilians, Puerto Ricans, Haitians, Jamaicans and Blacks in the Caribbean have Yoruba ancestry. Through DNA analysis, basketball legend Kareem Abdul-Jabar and the famed historian, Professor Henry Louis Gates, Jr. both confirmed that they are descendants of Yorubas.

Curiously, as I recently spoke with a Nigerian-American friend at the gym, in our Yoruba language, an African American lady in her 20s walked up to us and asked if we were Nigerians. Upon confirming that we were, she informed us that she had her DNA analyzed and discovered she was partly Yoruba and Nigerian too.

As we spoke with the Howard University graduate, a white man working out not too far from us, overheard our conversation, and exclaimed, “wonderful, I am Yoruba too!” I thought he was being funny, but he wasn’t: he was a Puerto Rican, and he and his wife proceeded to give us a brief history of how the Yorubas arrived in Puerto Rico, became mixed with Europeans, but had their culture celebrated till this day. He averred that people could trace their lineage to their African ancestors through a maternal line (even “whites”). He said the cultural history is taught in schools in Puerto Rico and was surprised it is not taught in the U.S.

The jovial white, proudly Yoruba man from Puerto Rico, now served as evidence for what I had learned many years ago, when I took a course in the history of Latin America and the Transatlantic slave trade, for my first degree in History and International Studies.

So, I learned something new on that day: there were people who looked white in appearance, but who could also “proudly” trace their ancestry to a Yoruba person from West Africa.