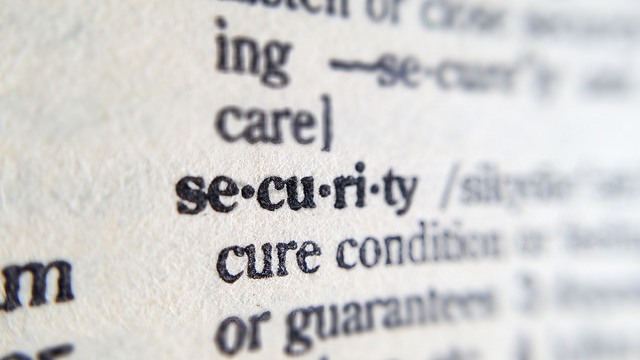 As a security consulting professional, I still find it difficult to comprehend the current lacuna in the Nigerian Security System owing to unhealthy rivalry or superiority complex existing amongst these agencies, (that, expectedly synergy is the key word) and how this situation has degenerated, allowing miscreants to unleash overwhelming security breaches prevailing across the country. The attention of Mr. President is drawn here to engage professionals to address this ugly trend; it is urgent and now. But one thing I’m certain about is the zealous efforts of the present administration under President Muhammadu Buhari to tackle these Hydra-headed monsters bedeviling our rich nation.

Honestly, I agree with many security analysts and other political commentators who have called for or demanded for declaration of a state of emergency in these affected States in the country. But one thing I don’t agree with is the notion that the president is not doing his best to tame these restless anti-social forces that has become a log in the hitherto smooth wheels of the nation. I always allow myself a wide grin whenever i hear or read about how the president and his team have turned blind eyes to the spate of terrorism, kidnapping, armed robbery and banditry currently witnessed virtually across all regions in the country.

I consciously believe that no sane leader would fold his hands and turn blind eyes to these negative forces in his country. We must accept that, there is a threatening security situation in the country. It’s also very important to stop apportioning blames and patriotically halt the blame game and unite to fight these demons. The situations to be candid are not good for the ears, neither something enticing for the eyes to see. From the deadly attacks by Boko Haram across Borno, Yobe, and Adamawa states; to the rampant cases of banditry in Zamfara, Katsina and Kaduna states; the sporadic cases of kidnapping along Kaduna-Abuja road, and other states across the South-South, Southeast and Southwest; and the repulsive attacks of unknown gunmen unleashing terror in Benue, Plateau and Taraba states.

The narratives are terrifying and if not properly tackled, are fast becoming tags on the country. But what must be done to checkmate these maladies? Because it is unacceptable to continue to live in fear in one’s country, as it is equally unacceptable to allow these wanton killings by armed men to continue without effectively nipping the dangerous bud. It is sad that a United Nations (UN) report estimated that over 2.4 million Nigerians were displaced by the Boko Haram alone, what about the uncounted numbers of Nigerians equally displaced as Internally Displaced Persons (IDPs) by the other terrible crimes of banditry, armed robbery and kidnappings across the country? It is time we must come together and get it right for the love of our country and for God. We cannot allow these villainous bands of rogues to continue every day without resolving to collectively end this menace. We must stop the blame game and rally around the present administration to end these carnage as patriotically displayed by the President through his frequent travels abroad to solicit for supports to end these blights.

It is high time we zoom out our lenses to see and appreciate the efforts so far carried out by this administration, especially the fact that government forces have so far gallantly been able to subdued and decimate the Boko Haram terrorist to appreciable level and rally round the government in order to win this decisive war. We should appreciate the efforts of the men and women in uniform who are at the front battling this evil and also pray for the repose of the souls of those who have sacrificed their lives in the battle against all forms of insecurity in the country, so that we should live and continue being a nation.

Top among our goals is to encourage the government positively and also formulate logical templates on how to deal with the security situation across the country, which rationally should be better and more productive than castigating those at the forefront of ensuring that our lives are safe and our country still remains identifiable in the world map. It is critical that Nigerians come together in community participation in fighting the current security situation threatening our coexistence and the fabric of our foundation. It is pertinent to note that no security operation can succeed without active community involvement of the citizenry just as the fact remains that no nation is conquered without the contribution of its people.

Also important is the need for the government, corporate bodies and able individuals to synergy and contribute to a well-equipped team with modern technologies like effective surveillance tools, drones, helicopters, sophisticated arms and other 21st century security apparatus necessary to confront any threat to the nation and its people. It is equally important that the welfare of the men and women fighting these criminal elements, including their families are properly catered for and well trained and equipped to confront these criminal elements and smoke them out wherever they hide; because they can only run but can never hide under the sun. The need to gather intelligence and adequately share same among the various security agencies is important.

This should be broadened across border nations and other countries with bilateral security agreement with Nigeria. Of importance is the security challenges faced by countries like Cameroon, Niger, Mali, Burkina Faso, Chad and Libya, including those faced in Europe, America, France, Britain and other countries battling these negative forces of human coexistence and development. What has failed Nigeria is not lack of the manpower to tackle these menaces but the general will to come together and confront a common enemy. Nigerians must eschew their religion, tribal and ethnic difference to win this war or the marauders will keep having a field day. These security challenges involve all and sundry as the bullet of a terrorist, a kidnapper, and a bandit knows no color, shape or size, nor tribe or religion. Therefore, it is the responsibility of every Nigerian to be cautious of his environment and all its activities daily.

Finally, I think it is logical to rally round the present administration in its efforts to defeat the present security challenges by patriotically saying and doing the right things. Positive words and outputs that has power and force to propel our military and other security agencies confidently as they continue to battle these greedy and salvage forces trying to dismantle our togetherness as humans with the right to life and existence.

Dr. Yusuf J Aliu writes from Paris, France. He can be contacted by Email: draliu5th@gmail.com

Dr. Yusuf J Aliu writes from Paris, France. He can be contacted by Email: draliu5th@gmail.com