Odia Ofeimun at 70: A Toast to the Health of the Master Poet 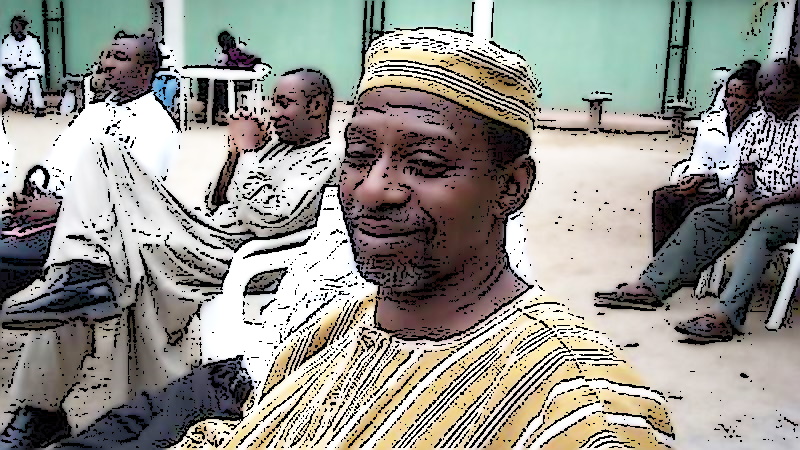 Born on March 16, 1950, in Iruekpen, an Esan-speaking town in Ekpoma, in present-day Edo State, Odia missed an entire year at the start of his primary schooling because, as was the practice then, his right hand could not cross his head and touch his left ear!

He eventually benefitted from the Free Education policy which started in the old Western Region in 1955, under the auspices of the Action Group led by Chief Obafemi Awolowo whom Odia would later in life serve as a Private Secretary.

Odia had to drop out of secondary school in Class Three due to the business failure of his father.

He had discovered the joys of reading, and thus made the library of his uncle Odigie his true home.

The uncle happened to be studying in Germany then, and the daring Odia had the audacity to inform him that he planned to become a writer even without formal university education, not unlike Nigeria’s Amos Tutuola, South Africa’s Peter Abrahams, Ireland’s Bernard Shaw, England’s Charles Dickens and America’s Ernest Hemingway.

He sent some of his early poems to the newspaper, Midwest Echo, a sister title of the Ibadan-based Nigerian Tribune, and fortuitously got employed as a cub reporter.

He wrote poems that would later be published in the Chinua Achebe-edited Okike, and Nigeria Magazine edited by Frank Aig-Imoukhuede.

Leaving the newspaper which salary was in arrears, Odia made to travel to Ghana to function as a writer but only ended up in Lagos where he found work as a petrol station attendant and then as a factory labourer.

He made the rounds of the public libraries in Lagos and occupied his nights writing poetry.

Odia had the singular distinction of doing his A Levels in December and the O Levels in January.

Curiously, Odia failed literature at O Levels, only to get a B in the subject A Levels the very next year.

According to Odia, “Thankfully, I did not need any GCE or any formal qualifications to write… I sent some of the poems to Chinua Achebe’s Okike and some to Nigeria magazine edited by Frank Aig-Imoukhuede. They were published while I was waiting for my A Level results. It got a personal boon when Wole Soyinka was released from three years of detention. I took a trip to Ibadan to meet him. He was driving out of his compound at the University of Ibadan in an open mini-mock when I flagged him down. He took one look at the poems, summed up my factory labourer’s dressing, my bathroom slippers, whitish nylon shirt tied up below my navel, and asked: ‘Are you sure you wrote them?’ From that moment, I knew I could call myself a poet.”

The poems were eventually published in the celebrated anthology, Poems of Black Africa edited by Wole Soyinka and published by the esteemed London publishing house Secker and Warburg.

It is indeed striking that the poems Odia wrote at 18 is still being studied by 18-year-olds doing the Joint Admissions and Matriculation Board (JAMB) examinations.

Odia’s first collection, The Poet Lied, was published by Longman in 1980 but had to be withdrawn from the market because JP Clark claimed he was the subject of the title poem.

The indomitable Odia is still hard at work on the biography of Awolowo whom he served as Private Secretary.

Odia has over the years served as the Publicity Secretary, General Secretary and President of the Association of Nigerian Authors (ANA).

For the ANA presidency post, I was one of the two candidates defeated by Odia at the Ilorin convention after I was nominated for the esteemed post “against my personal will and desire,” to quote Obasanjo.

I got the loudest ovation after my nomination such that I felt that with such popular support I did not need to vote for myself to win!

I lost woefully but you need to understand that our mourned, recently deceased Prof Harry Garuba, whom Odia had served as the best-man at his wedding, was the election umpire!

Please do not read any seriousness to my election apologia because I may have had popular support but I clearly lacked electoral value!

Odia was the chairman of our editorial board when we were practising Guerrilla Journalism in the hard days of General Sani Abacha.

Odia Ofeimun will mark his 70th birthday on Monday, March 16, 2020. The Odia Ofeimun at 70 Committee of which I am a member will in collaboration with the Faculty of Arts, University Of Lagos, organize an International Conference with the theme “Taking Nigeria Seriously: A Conference In Honour Of Odia Ofeimun” from Sunday, March 15 to Wednesday March,18, 2020, at Julius Berger Hall, University Of Lagos, Akoka, Yaba, Lagos.

Let’s toast to the health of the master poet and indefatigable public intellectual-cum-activist, Odia Ofeimun, at 70! 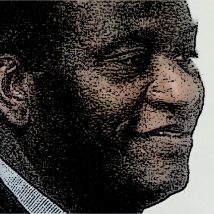