Of New York City and Ibadan City: Unusual Parallels and other Matters

“Well travelled visitors often say Ibadan is the most genuinely African  City”, so revealed William Borders in The New York  times on December 25, 1970.  Ibadan has come a long way. There are indeed parallels  with New York city.

New York city  is the largest city in the United States and Ibadan city the  world’s largest indigenous Black city. The  Patriarch of Ibadan City is the   Olubadan (King) Oba Saliu Adetunji, and the Matriarch is the Iyalode,  the matriarch elect is  high chief Mrs Theresa Laduntan Oyekanmi. Then you have the head of the market women, Iyaoloja, Matriach of the market. You might want to read “Ibadan Market women and Politics” by Mutiat Titilope, a Historian at the University of Ibadan. The Ibadan School of History Leads in Nigeria Just as Columbia University in New York city lead in the United  states.  You also have Bapitan, the Dean of Historians, Bamofin, A legal luminary, Basorun, the traditional prime minister. You might want  to read  the Book titled “OF RUST AND GOLD; Snippets of History” by Femi Kehinde, Lawyer and historian. “Rust and gold” is taken from the most read poem on Ibadan written by John Pepper Clark.  “Rust and Gold exposes the beginning of the ancient Ibadan and its dwellers to how it evolved into a sophisticated city”

In Ibadan you find living History. African Pioneers  and even Black Pioneers. In Ibadan is the world’s largest African heritage Library. Simply known as African Heritage research library and cultural centre  which is reminding of the Schomburg  centre for research in Black culture, New York city

Ibadan, very creative, as you expect of a big city, is a city of writers which even has a traditional title, Onigegewura (owner of the golden pen) of Ibadan land conferred  upon Omoseye Bolaji a lawyer and amateur Historian as well as a poet, playwright, novelist, Literary critic, Journalist , short story writer  and biographer.

Previously trudging the streets of Ibadan were Ayo Akinfe  Author of Black Ladder and  Igoni Barrett Author of Black Ass  the two books which are related in theme to a screening  at the New York public library titled.: BOSS: The BLACK EXPERIENCE IN BUSINESS on April 17 2019. Igoni Barret who was once invited to the Library of congress to read his works and   Ayo Akinfe ,  25 years a journalist ,Ayo studied at the University of Ibadan, the Origin of UITES WRITE a compendium of write ups by the Students past and present of the University of Ibadan. Related to UITES Write and  Closely linked with the University of Ibadan is The Agbowo Magazine and a Discussion Forum, Arts and Chill spearheaded by the Engineers and Culture Activists Dolapo Amnusat and Habeebulah Opeyemi Kolade along with the   award winning Pharmacist – poet, Moyosore Orimolade.

Like New York to the U.S., Ibadan is the publishing capital of Nigeria. There are other parallels- Namely, The Business District, Its Wall street  and Dugbe District, Newspapers Industry; Madison Avenue and OKE Padi, Another Banking District, Manhattan and Monatan Iwo Road, A Cosmopolitan Region, Brooklyn and Bodija, Economically Challenged,; Harlem and Omi Adio.

In New York is Patricia Bath, African American Ophthalmologist  who has scored as many  “First” as Ibadan city . going in the footsteps of Professor Oyin Odutola Olurin, Ophthalmologist and Nigeria’s first Woman Professor of Medicine. There is the statue of Liberty in New York and the Liberty  stadium in Ibadan initiated by Obafemi Awolowo, patron saint of Yoruba Politics Nigeria’s response to Abraham Lincoln of the Lincoln Centre for Performing Arts , New York, this year precisely on October 31, anniversary of the passing away of Thomas Alva Edison who gave us the electric light bulb in new York city, Ibadan would be celebrating 60 years of Television in Africa as it started in Ibadan, Television has been referred to as the Romantic Candle light. And Candle light Awolowo adopted as the symbol of the party he founded long after occupying the seat of Government in Ibadan as premier of western Region.  a bastion of learning.. Some of the notable Secondary schools in Ibadan  include, Ibadan City Academy, Ibadan Peoples Girls School, Oke Badan High School, Isabatudeen Girls Grammar School, Yejide Girls Grammar School, Ibadan boys high school  all of them set up by Ibadan Philanthropists. 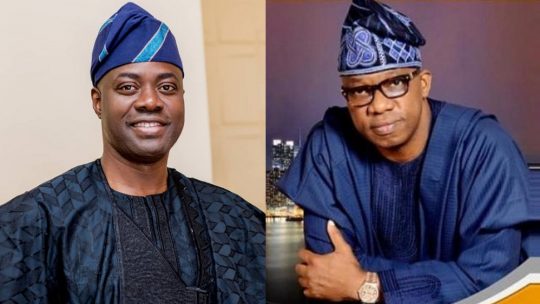