It’s strongly alleged that Great Ogboru wants to contest the 2015 guber election in Delta. For a man who has hitherto contested severally, got the people’s mandate all such times but in each case failed to get it right in the end, it is no wonder that tongues are now wagging. This disagreement and twitches of discomfort of Deltans is understandable: The people have suffered untold hardship and pains, they have voted for Ogboru sundry times for that to change but Ogboru hasn’t been able to put machinery in place to ensure their votes count and hasn’t been able to weave a network to checkmate electoral criminals or stymied their voodoo votes in the fashion of Oshiomhole. And yet the man wants to contest again!

He thinks he has a point in Abraham Lincoln. Lincoln has always been his excuse for wanting to contest again and again unmindful of the following: that he (Ogboru) would’ve added, by 2015, 14years to his age; that the rot in Delta has mounted to Everest; that the resultant pains Deltans are subjected to is unabated; that he has not shown any capacity to get it right in the end or to consummate any mandate; and that he has consequently not only failed to stem this horrid 16years-ambush on us but has inadvertently helped to perpetuate it.

And how Lincoln is even factored in here is baffling; it is nothing but Greek to us. Lincoln had no Ibori or Ibori’s clan to challenge. Lincoln had no democracy sullied let alone indescribably so by the Iboris, Uduaghans, Amoris and Okowas. Lincoln had no corrupt INEC or Police to fight with. And he had no corrupt judiciary to contend with. Then, most importantly, Lincoln lost his elections. He had no mandates in all those elections, until at last he had his first mandate. For Ogboru to compare himself or for anyone to compare his case to Lincoln’s is a very ignorant way of saying Ogboru has never won an election. Ogboru had the people’s mandates in ALL the elections he contested. Or, is he saying now that he has not been winning?

His, is a different ball game from Lincoln. They are different battles. Ogboru won all the elections he contested in the state. But he has shown now and again that he knows only how to get to the shores (which the mandates are) and nothing about moving from the shores for the final destination. He has always prepared for the shores as his terminus, which would have been okay if he were in Lincoln’s America. But he is in Nigeria, and especially in Delta of Ibori-Uduaghan’s dream. Except he knows his actual battle (which apparently he has not known if he is still talking of Lincoln) we shall continue like this with him ad infinitum. The Ibori- Uduaghan’s challenge is: “You need more than the strategy of getting the people’s mandate to be able to quit us”. We must have the strategy of getting it completely right in the end, or we shall continue to endanger the voters in no way less harmful than the spoilers of society themselves are endangering us. We have always told the people to keep hope alive, and except we have a system in place NOW that can track down crooks in government before, during and immediately after elections we shall not only create a forlorn citizenry but shrivel and render useless the opposition. Ogboru has shown over the years that he has no such system.

In Letter to Queen Elizabeth 1 Francis Drake, while awaiting news of the coming of the Armada, wrote inter alia: “The advantage of time and place in all practical actions is half a victory; which being lost is irrecoverable.” Given Ogboru’s inability to always get it right in the end, time is not in anyone’s favor except the spoilers of our state. We have lost advantage of time too many a times. Time lost is irrecoverable! Almost fifteen years has been added to the ages of Deltans who managed to survive Ibori-Uduaghan’s deadly onslaught since Ibori railroaded unheard of misrule into our state.

And if Ogboru is still lurking and waiting to repeat the same thing over and over then there’s no worst way of hurting a people he once assumedly had a dream to lead and no worst way of taking steam off the opposition that gladly collapsed all its structures under him this many years. He, really, cannot hunker down to this Lincoln thing and or drive this truck of illusion when in all practical purposes he does not know what the battle is and is not equipped to square up to it. To insist to run now is to play the meanie.

Deltans today needs a four-eyed fish candidate; and by the way, a four–eyed fish (Anableps anableps in Latin) is a fish whose eyes are divided into two lobes so that the upper part can see above the water and the lower part can see below, and native to Central America. We mean then, a candidate who is able not only to work to get the people’s vote or mandate (which is seeing above the water), but is also able to work to see he tracks all the evil routes and bus-stops and acts of carrot inducement perpetuated by robbers of mandates and treasury for the purpose of rigging elections, and so afford massive and indisputable evidences whenever necessary (that is, seeing below the water). Ogboru has always managed to do the first and not the second which is indispensable in our country and much more so in Ibori-Uduaghan’s Delta of today.

Ogboru needs therefore to get himself out of wrong advisers and aides and get out of any renewed frenzy of ambition they are trying to drive him through again without the answer that matters, the answer to getting it right in the end. He really needs to chill out first, take a more informed step by leading those still left with him to this advance strategy and heightened approach of getting it right in the end that Otive Igbuzor today has birthed, and steers. This is the most reasonable thing for Ogboru to do now. This is where he, the rest of us and Delta people in general stand to benefit! As all collapsed their structures under him for about twelve years now without him ‘bringing home the bacon’, he should now allow the opposition to stick together under Igbuzor for we can’t afford to waste our time any more. Ogboru should today join the team that would allow us have our hurrah, for it is Uhuru time!

Eferovo Igho is a Nigerian political scientist and had postgraduate training in journalism. A media consultant, he is a secular and Christian writer. He has been extensively published by leading Nigerian dailies including the old Daily Times, The Guardian, Vanguard, Daily Independent and by regional and community papers, and had an op-ed column stint with Daily Independent. As a Christian writer he has also been equally widely published and had a Christian column stint with the National Daily Mirror and Niger Delta Inquirer (the latter now off the streets). Igho is member and contributing author to great media websites. His secular and Christian works have been greatly syndicated; just as his research work in science, astronomy, space science (with Bible illuminating the way) has been published by leading science groups such as NASA’s Marshall Space Flight Center (in Science), Scientist of the Year, SCIENCE BLOGG, Lois Bigham, Telescope, Galaxy Science/Magazine Back Issues Online Now, and many others. He is author of a Christian cum science book, World: Creation, True Science versus Evolution (awaiting publication), has just finished two other Christian books, The Rapture: Catching away of the Saints and Pondering Eternity; and finishing another: Prosperity, Eternity: Why Receive, why give! His email is eferigho@yahoo.com. 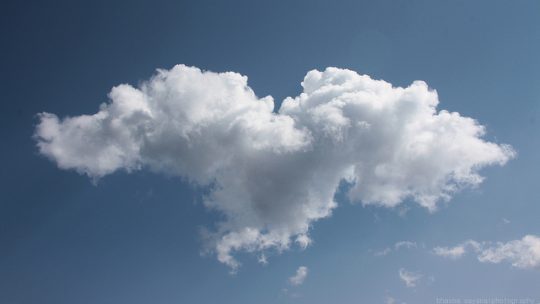 Heaven and how to get there

Heaven, O sublime home of all purity, That which Satan and his crew...

Nobel Prize and Israel’s Headship of the World