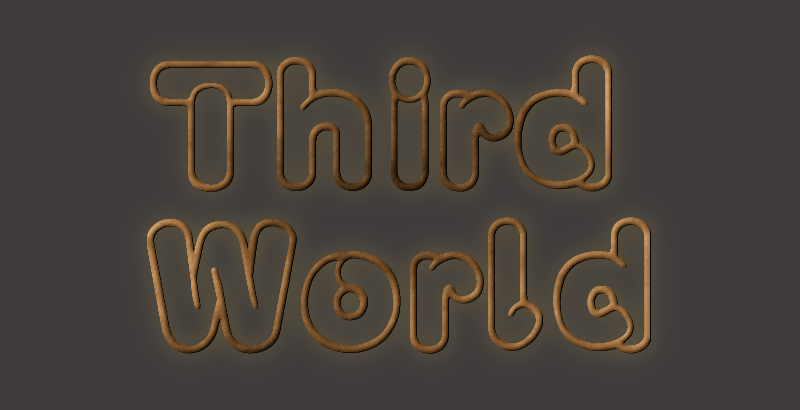 In due course, Nemesis and Karma will have their revenge on behalf of former victims.

Chinweizu, in his seminal work, “The West and the Rest of Us”, exposed the degenerate and denigrate attitude of Western nations towards non-Caucasian states

Walter Rodney, in his” How Europe Under-developed Africa” dealt with the history of colonialism, monopoly capitalism and imperialism.

These pejorative semantics have ideological dimensions, which Nigeria’s Oxbridge clan does not quarrel with. Just like they use the terms “blackmail”, “black Friday”, “black sheep of the family” “blacklist” without understanding their pejorative connotations.

LET THE NENTAL INHERITENCE, WHICH HAS LEAD TO OUR MENTAL POISIONING ABATE!

Do away with our colonial heritage, wearing woolen coats  and wearing  neck-ties in African  hot weather, of lawyers wearing wigs and sweating profusely in crowded courts. WAKU AFRICA!!!

“Whites” hate “blacks”, yet they wear black coats and black shoes! Let them wear white coats  and white trousers and they will look like GHOSTS!

There is a lot wrong with racial prejudice, which stems from ignorance and narrow-mindedness. Queen Serena Williams was subjected to obscene spectacle recently in Paris as a result of racism.

Associating black with every vice and not a single virtue is the psychological and ideological foundations of racism, rejection of the equality of human beings and attendant disrespect for God and his creation.

This, in turn, fuels the embers of atheism, vicious crimes, war-mongering and anti-Obama care  rhetoric .

For sixteen years in Nigeria, we had  ideologically bereft leaders, who copied Western economic models, attended G8 meetings, where they were restricted to talk only about malaria, polio and aids, as if they were carriers.

In international trade, we were subjected to a predatory inequality in the international division of labour, whereby we supplied raw materials at controlled prices and brought finished products at uncontrolled prices. This attests to the poverty of ideas to be found in our so-called governments, with their Oxbridge advisers.

They fail to reconcile the national income and the national product, cost and supply, monetary control is left to market forces and our people slave for foreign companies, who pay  them what they like as wages.

Our ministers fail to intervene because visits to them are associated with filthy lucre. The people have suffered inexorably, as a result of corruption in high and low places.

You fool! How did you ever think that you will GET AWAY WITH OUR COMMONWEALTH?

We serve as a dumping ground for poor quality products.

We rely on the intellectual and human intelligence of other races, which is why    they denigrate Africa.

Our so-called leaders do not invest in intellectual and human intelligence. This is why some of our governors, senators, and other office high holders are harbingers of poor quality intellect,  owners of fake certificates and yet, they shamelessly seek to occupy and do occupy high office using stolen national wealth from previous appointments as swords and shields .

Above all, they are lacking in etiquette and refinement of character.

The nation suffers from the non-performance of round pegs in square holes.

They fear because they see CHANGE rendered inoperative by high office maggots. Their hopes dim.

Our medical doctors, who have abandoned their calling to help humanity, have left hospitals for state houses, having violated their HIPPOCRATIC OATHS. They run after, oil blocks, high office appointments for which they do not possess universally approved competence.

How well can the new Senate perform?

Legal drafting, has to be elegantly done by Masters and Doctors of jurisprudence.  Laws may require legal, interpretations historical, grammatical, literal, analytical, ontological, and jurisprudential expositions.

This rigorous exercise cannot be discharged very well by anyone outside the legal confraternity.

How can a man who has not studied law, even at first degree level cope with the intellectual complexities of the legal science of the legislative enterprise? I will soon open a surgery!!!

The Nigerian Bar Association should have entered a cautious note on this anomalous legislative development. But will they?

That is our undoing. Our inability to call a spade a spade.

However, the truth must prevail, even if the heavens fall.

I see a slow-down in the strategies and tactics for empowering the Nigerian state to fashion ebullient mechanisms for political action in the next four years.

Constitutionalism, sociocracy and the rule of law need to be strengthened. The legal draftsmen, who work at the Senate must re-enforce the sociocratic underpinnings of the new Republic.

The present constitutional order stultifies sociocratic principles that could have made political power and economic rights accessible to the people.

In drafting new laws, the experts must address the social relevance of constitutionalism and they must replace vague and unclear principles, which lead to latent ambiguities in enacted laws.

The present constitution is a product of military thinking and culture. It has impacted on civil liberties. There is need to launder off these boots in the new laws.

Now, what type of democracy is that, when the core interests and rights of the people are not guaranteed by law? Route for the sociocratic state. KAJI KWO?

It will be well with us. We need social change through affirmative legislation and political/judicial activism. The above is the well-informed position of the AWO/ZIK/AHMADU/ TAFAWA/AMINU  (AZATA/NEPU) Party of honest, patriotic and thinking Nigerian men and women.

Without this sociocratic societal arrangement. It will be le mem chose.

Why the West denigrates Africa is the proven dependence on the intellectual rigour of the West.

I tell my fellow Africans both at home and in the Diaspora, that playing rock and roll music, throwing balls into a ring net, singing hip hop music and vigorous dancing as entertainment and the “celeb rubbish” of wearing colorful dresses will not send them to the high councils in America and Africa. That they must train their human intelligence so that they can become creative and innovative in both the rocket science and technology fields.

I understand the incalculable set back to right thinking Euro-American slavery, colonialism and imperialism wrought on African psyche.

We must try to excel in order to overcome the disastrous consequences of inferiority complex, a little learning, semi-literacy, ignorance, superstition, so prevalent in African ruling class circles.

These were the reasons for Nigeria’s descent into a society, where violent groups dictated their choices because “heaven is taken by force”.

I warn that some interest groups are watching with trepidation how far the new government will remove their loot. So, eternal vigilance will be the price of our liberty.

Nigeria is in the crucible of KARMA and REBIRTH and is in the maelstrom of political colloquy.