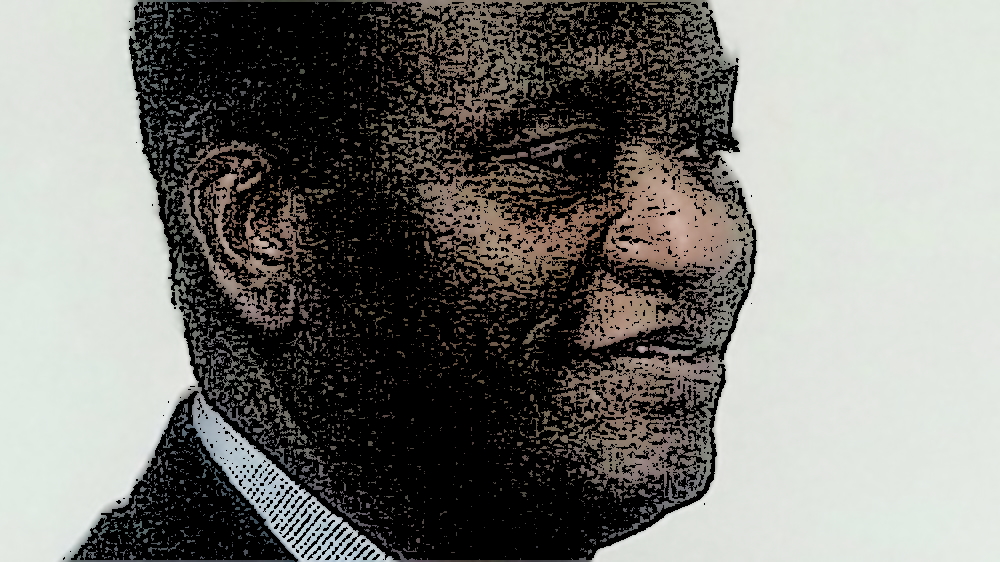 Friday, May 15, in this Corona-tainted year of 2020 marks the 65th birthday of the inimitable journalist’s journalist Sonala Olumhense.

I doubt that I would ever have become a journalist if not for my eventful meeting with the man called SO, or to put it in a hipper and more contemporary vein, EssOh!

It was at Rutam House in Lagos that I appeared in the dying months of 1985 to gun for a place as a journalist in The Guardian, and then met the man. My only recommendation was that I had published some articles on the esteemed OP-ED pages of The Guardian which Sonala edited.

The then newly-employed Krees Imodibie, who was later murdered by Charles Taylor in Liberia, led me to the office of the Editorial Page Editor, Sonala Olumhense.

When I got introduced to Sonala, whom I was meeting for the very first time, he queried me like an accused person thus: “So you are the one?”

In a mumbled rush I told him I had come to look for a job. He just waved for me to sit on the settee to his right and threw the bunch of the newspapers of the day on my lap.
Sonala’s entire office table was stacked up with articles asking to be published on the OP-ED pages – some typed and many written in longhand.

People came and left the office at will, calling him “Ess Oh” whilst he assessed the articles and I was engrossed with reading the newspapers. Whenever he read a particularly pathetic article, he would scream and toss the piece to me for my perusal. He was so free with me, treating me as though he had known me all his life. I kept wondering if he still remembered that I had come to look for a job.

It was well into the evening that he suddenly stood up and said to me: “Let’s go.”

I followed him to the office of the then Guardian editor, Lade Bonuola, the renowned Ladbone, who explained that the management had ended all recruitment such that no spaces were left for wannabes like me.

Then Sonala took me upstairs to the about-to-be-established African Guardian magazine. He had a brief chat with the proposed magazine’s editor, Ted Iwere, who said he needed to set a test for me to know if I was up to par for the job.

Sonala looked at me and at Ted, and then smiled as though somewhat assured they were wasting their time by putting me to a test!

“When you are through with their test I’m downstairs waiting,” Sonala said and left.

Ted Iwere asked me if I knew anything about the Commonwealth Heads of Government Meeting then holding in Nassau, Bahamas.

I told him an instant “Yes” because news of the meeting was on the front pages of all the newspapers I had been reading downstairs in Sonala’s office.

“Do a report of the meeting,” Ted said, adding that I should go to the library downstairs to do the writing.

He graciously gave me off-cut paper and pen, and went back into his office.

I could not understand it all. How do you ask someone to do an examination inside a library, and without an invigilator? Especially as Sonala in my suspicion had already surreptitiously made me to read up the material in question in his office?

This simply amounted to “expo” in popular parlance. I decided there and then to write the assignment under “newsroom temperature” by refusing the advantage of going to the library given to me by Ted Iwere.

I made noises while writing in the African Guardian newsroom to show that I had not gone to any library to cheat by spying through the newspapers.

I submitted the assignment in under an hour and left.

When I came back the next day Sonala made no mention of the test, or the result, which left me confused. I ran up to the African Guardian section, and nobody was forthcoming with the result of my test.

I settled inside the newsroom, waiting for the worst, until the Editor-in-Chief, Andy Akporugo, strolled in and stared fixedly at me, saying: “Don’t think you are too hot; I will simply chuck you out!”

Now this was beyond my understanding: I had not even been employed yet the boss was already talking of sending me packing.

I was still in a daze when the magazine’s artists, Femi Jolaosho (now Jolaolu) and Jide Fatogun, told me that the test I did the day before had already been pasted up for publication in the maiden edition of the magazine.

When Nduka Obaigbena started out with his magazine THISWEEK, with Sonala as the founding Editor, there was no need for me to write a test before being signed up as a pioneer staff.

Sonala wanted me on board, and when I met the publisher Nduka Obaigbena he was talking of negotiating my salary only for me to just ask him: “When are we getting started?”

“You are a believer,” Nduka said and signed me on the spot.

It was a happy time in which Sonala always put me up in a hotel with lofty supply of booze on the nights I had to write cover stories.

I got a promotion from Sonala and his great friend Tunji Lardner, my head of department, when I wrote a story on one worse-than-useless superman called Super Dee, even as I had originally been sent out to the National Stadium to write big sports stories on worthy stars.

Incidentally one of the sports stories I wrote entitled “The Match That Broke The Myth” was included in the Intensive English textbook for WASC students.

After leaving THISWEEK, Sonala blazed the trail of publishing a for-Lagos-only city newspaper called City Tempo in which I was equally a pioneer staff. But for paucity of support funds we would have shaken awake the world of publishing with inflammably exclusive stories like asking celebrities such as Fela, Sunny Ade, Christy Essien-Igbokwe etc the pointed question: “Where do you like to do?”

Sonala is the author of the critically-acclaimed novel No Second Chance published by Longmans and translated into Russian and other languages.

In one of his recent visits to Nigeria, Sonala and I stayed in an Ikeja hotel to work on Ogbuefi Tony Nnachetta’s coffee table book on the Super Eagles of Nigeria entitled “Class of 94.”

Let’s raise the roof with the toast of 65 cheers to the indomitable guru hailed famously as EssOh! 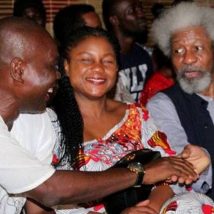