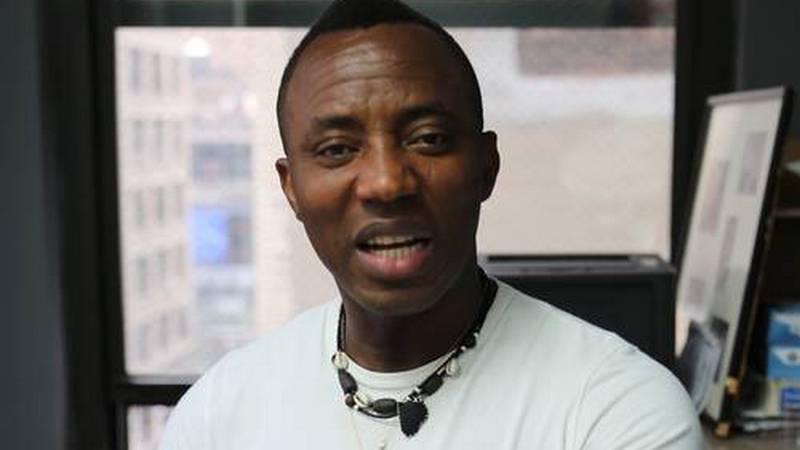 I commend Mr. Omoyele Sowore for his unfettered and undeterred moves to rescue Nigerian youth from deliberate indifference. This young, energetic individual must be encouraged for going where others fear to tread! Sowore has given us hope in the face of hopelessness. Sowore has showed us that positive things are possible if we are willing to make a difference with unfettered expectations. Though, too much mountains to climb in the Nigerian political forest; a forest with a thousand political demons. Sowore must tread this political expedition softly softly to walk safely through the murky waters of Nigerian politics.

Omoyele Sowore is becoming a force for political reckoning, and a political catalyst in a system whose youths are in a huge failure of imagination of possibilities. Sowore’s movement is exposing the integrity and hypocrisy of some Nigerian citizens, including the youth. I strongly pray that I am proved wrong in the coming months that the Nigerian youths are not losing it again! While some are yearning for a true nation, some are bent to derailing the expectations of a better Nigeria.

There is an absence of a cohesive strategy and a unified approach to effect change the youths are yearning for in Nigeria. People who understand Nigerian political problems can easily discern that the current youth’s self-predicament is a national problem. The youths are subsumed in hateful language, contradictory messages and want of instant gratification. The tortoises in our political space prey on their division for grandstanding and political opportunism. The country is now more polarized than we have ever seen in the history of the Nigeria.

My advice to Sowore is to dissuade those who are using abusive and incendiary languages against President Muhammadu Buhari in this movement. The language of indecency is not a wise strategy. It is not going to bring everyone along with Sowore2019 movement. It will also be counterproductive to favorable dispositions towards the actualization of our desires for heroic Omoyele Sowore.

Meanwhile, Sowore should borrow a book of 2008 Obama movement from the US political archives. The historic Obama 2008 presidential ambition and campaign in which this writer was a proud participant and campaigner was a well calibrated campaign. It was strategically revolutionary and purposeful. It was also a well-calculated and focused campaign in all ramifications. The campaign was devoid of any abusive and irresponsible behavior from his admirers. Where derailment or distraction occurred in the course of campaign, Obama was quick to stop it and to nip it quickly in the bud. By the time the Obama 2008 reached the zenith of its campaign, it had matured to a well-calculated and fine designed campaign to achieve its purpose, and it eventually did it. The maturity of the campaign swayed and won many hearts before the 2008 general election in the US. While the Republican party was meandering in the failure of leadership and racism, a vintage Obama was smartly working door-to-door, and in digital politicking underground. He capitalized on the failure of the Republican and its divisiveness to revolutionize his campaign in the election that produced the first black president in the history of the United States. This is my political prescription for “Sowore2019: Take it back movement.” Yes! It’s absolutely possible that Sowore can be President of the Federal Republic of Nigeria. The current administration must not underrate the resolve of the disgruntled youth and those who are yet to benefit from the dividends of the current democratic values.

Sowore must not be discouraged to continue this movement. But the movement must be all-inclusive. Sowore’s team must begin to look for how to bring more people into the impending presidential campaign from all geopolitical zones in the country. I guarantee you, the movement can sway multitudes of more people to understand the movement in one month than the movement can in the remaining period towards the general election in 2019. Late Chief Obafemi Awolowo and other nationalists were in Sowore’s age bracket when they formed political parties and pressure groups to liberate Nigeria from the claws of colonial masters. Obama of the United States seemed to have borrowed this political strategy and wisdom from the political archive of the late Chief Obafemi Awolowo.

I love and admire Sowore’s efforts, but he is a vulnerable Nigerian youth who may be disappointed by the same youths currently clamoring for his presidency. Have you ever seen any youth from the Northern part of Nigeria to abuse Buhari or go down with gutter language to denigrate the person of Muhammadu Buhari? Never! In spite of Buhari’s supposed failures and shortcomings, they still love to criticize Buhari with the language of decency. Some of us see the Northern youths as almajiris with no sophistication to see what we see, but when it comes to election period or to preserving what they have, they see what we do not see. A tale of two entities you would say!

I have studied Nigerian politics for decades. The system contains a lot of political abracadabra. Sowore must take this into consideration. Sowore at this period is a catalyst to wake up the youth to see beyond naughty issues. Based on the current youth’s postures and contradictions, if Buhari has the strength and agility (which is my concern for his second term presidency), he would win the 2019 reelection fair and square based on his (un)recognized achievements and personality. The reelection of Buhari will be the failure of the youths who have developed a stereotype hate for him. Unfortunately, most of these youths do not know or understand what they are fighting for! It is imperative we educate the cynic youths, and by extension not bringing ourselves to the level of those who see no good in others. Sowore should be armed with this patriotic advice and admonition.

Those who engage in abusive words amongst themselves from both Buharists and non-Buharists’ camps are useful individuals with a collective wrong mindset. The two groups have internalized the burdens of a nation in search of its true existential identity. The Buharists and non-Buharists are fighting the same battle with a different approach for lack of strategy to achieving their goals. They are both embattled entities in a psychological war to return our country to the path of growth and development. We see ourselves as deprived members of a raped society, that is, the innocent victims of a society that don’t care for its citizens. We must continue along with Omoyele Sowore and others to fight for them. It is heartwarming that the people they vilify usually take their insults as part of the struggles to educate and emancipate the youths who do not understand those who are fighting for them.

In essence, what I have been advocating is for Sowore to walk a fine line between Buhari’s personality and the successes or failures of Buhari’s administration. Most of the Nigerian people do not like a conscience nurtured by truth. ‘Aiyekoota,’ and truth is always bitter, but those who do not want to be burdened by the judgment of history are usually smart to discern the truth! It is better to be on the side of history than to be in the sinister group that will derail expectations and Sowore’s ambitious movement.

The current Nigerian youth is in self-denial, the youth gets easily swayed by mundane, grandstanding and want of immediacy. The antecedents of the past are presently tormenting some of them to use their present circumstances to uncover the future. You would think Omoyele Sowore’s genuine determination and audacity of hope would energize the youths, instead, it is literally: a “continue to dance, I will be looking at your back while carrying out the onerous movement and responsibility.” “Maa jolo, mo nweyin re!!!” Those who are singing Sowore’s praises openly today will surely have the surreptitious move against him for their selfish motives tomorrow.

The youth’s inability to get to the political Eldorado has been anchored on the failure of imagination to see beyond the parochial issues. They’re always willing tools in the hands of political and religious entrepreneurs. But one thing is very clear to me, Sowore is a factor that should wake all of us up from our political apathy, naughtiness and divisiveness. While Sowore walks this fine line, he must be cautiously optimistic and be vigilant not to come near the Brutus’ and Cascas around. He must learn a useful and existential lesson from MKO Abiola’s tumultuous and bitter history.

Even, in the face of general disenchantment, discouragement and hopelessness, success is still possible. Let’s renew our audacity of hope, and continue to dream big for a better Nigeria.