While such ethnic disunity or infidelity is not common only to Ndigbo, it may seem therefore that successive governments in Nigeria have always exploited it to their advantage, especially OBJ and IBB who seemed to have perfected the divide and rule ideology, which in a way is in line with the survivalist theories of Sun Tzu and Machiavelli. IBB does appear to be a better strategist here though, OBJ is widely reported to have very few loyal friends, allegedly his main reasons for wanting to stay on is not because he wants to complete his reform programs, according to an anonymous Abuja based politician and an Aso Rock insider “Baba is afraid of his life, he has stepped on so many toes and so wants to use the machinery of the state to protect himself till his God calls him”. 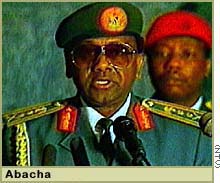 Compared to IBB, OBJ is widely reported to have crude manners, he is known to have openly verbally abused people that may disagree with him, he has also been reported to have maltreated journalists in the past including physically assaulting them by flogging them at his Otta farm. Some analysts wonder how he is able to pull off his many diplomatic coups at the international stage for a man that lacks finesse. IBB on the other hand seems to have more panache, though veiled in evil. He knows how to build bridges and how to get even his worst enemies to his side. Examples that may come to mind here are Tai Solarin who was ‘settled’ with a Chairmanship position at the defunct Peoples Bank to calm him down. That still didn’t stop IBB and his security operatives from shaming Tai Solarin on national television (NTA) in the now infamous Ebony magazine affair. Also Wole Soyinka was appointed the Chairman of the Federal Road Safety Commission, an organisation that the Nobel laureate turned into a ‘private army’ by recruiting only members of the National Association of Seadogs (The Pyrates Confraternity), an organisation that he founded in the 1960s. Also, in the spirit of self-preservation, IBB was reported to have bribed junior army officers during his regime (to placate them from planning coups against him) with the gifts of cars, cash and promotions. This probably must have been one of the reasons why Augustine Avwode, the Assistant Editor of the Lagos based Daily Independent newspaper remarked thus – “IBB is seen as the face of the maverick Nigerian politician. He is seen as representative of all that is wrong with Nigeria”.

Max Gbanite, a self- styled IBB loyalist would not be surprised if IBB eventually comes into power again. In his essay IBB: The man is still standing, he argues that IBB “does not and has never claimed to be an angel or a saint. All he wants to do is to be an instrument of change.Babangida is a thoroughbred revolutionalist and quintessential Nigerian, and his Nigerianess is unquestionable. This man’s approach to issues is determined by the intellectuals that surround his environment and the quality of books found in his library. He truly understands that in leadership, consensus sometimes is not the best. His style of leadership is consistent with Dennis A. Peer’s statement, “One measure of leadership is the calibre of people who choose to follow you.” Therefore, it is not by coincidence that the likes of Honourable Clement Akpamgbo (SAN), Prince Bola Ajibola (SAN), General Akinrinade, Prof. Wole Soyinka, (Nobel Laureate), Dr. Tai Solarin (of blessed memory), Prof. Jibril Aminu (former Oil Minister, immediate-past Nigerian Ambassador to the US, and currently a senator of the Federal Republic of Nigeria), Dr. Chu S. P. Okongwu, Chief Olu Falae, Prof. Tam David-West, Chief Alex Akinyele, Chief Onabule and many others all of whom are erudite in their chosen professions and attended the best schools in the world, and are considered primus inter pares by their colleagues, accepted to serve with the man. If Nigeria’s political and economic reformation project has failed, then it is prudent to call these mentioned personalities to explain what advice they gave, what was implemented, and what was not implemented”.

What Mr. Gbanite failed to mention in his analysis is that IBB also stocks the books of Machiavelli and the likes in his library, also his statement that IBB has never claimed to be a saint in a way is also an indirect endorsement of IBB’s ‘evil genius’ political status.

E. Terfa Ula – Lisa, an American based public analyst however disagrees, in Politics, Power and Government, he writes that “Those rented crowds who want IBB, the person they perceive to be the best manager of the commonwealth, to be president should first prove their selfless love of country by convincing us they have no personal benefit in the event of an IBB government. It is okay for IBB to be likeable to his admirers, even the devil took away a third of the angelic hosts and he still deceives the majority of mankind. IBB is not qualified to be my president because he lacks vision, his past antecedents do not recommend him to high office; he lacks integrity and forthrightness; he is not straight-forward. He is too clever by half. He has dribbled too often just to show off and has scored an own goal”.

Although IBB is a reported disciple of Machiavellian principles, OBJ however seems to be a later day convert and disciple. Both seem to be following the tenets set out in Niccolo Machiavelli’s seminal work – The Prince that “The bold would succeed better than the hesitant”, according to Machiavelli, “fortune was a woman and favoured those bold enough to treat her roughly”. IBB rough rode Nigerians for years and kept on shifting the political goal post until 1993 when he decided to ‘step aside’. OBJ as well is on the same plane having been emboldened by the lack of serious opposition, and the willing accomplices he found in some members of the national assembly, now he wants to have a go at a third term. Both men are following Machiavellian principles to the letter, he wrote that “men had fixed characters: brave or cowardly, bold or hesita

nt, sometimes circumstances might favour one style of action, sometimes another”.

OBJ seems to have gone a step further, by burrowing into the ancient Chinese philosophy of Sun Tzu who said that “victory can be crafted even if the enemy is numerous”. PDP successfully did this in 1999 and in 2003. They were declared the winners of the presidential elections although independent observers reported large scale manipulations and electoral fraud. OBJ and the PDP may have found consolation in the words of Carl von Clausewitz, who wrote in his book On War that “A great battle has never at any time been an unprepared, unexpected, blind routine service, but a grand act, which partly of itself and partly from the aim of the commander, stands out from amongst the mass of ordinary efforts”.