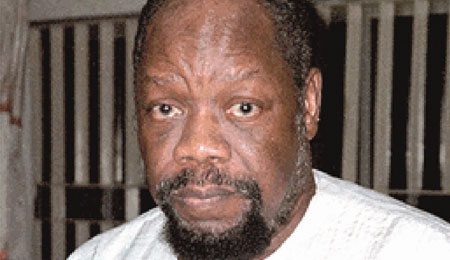 He did not deliver on his promise to write “The Book” before his death.

The fact that Dim Chukwuemeka Odumegwu-Ojukwu did not publish a book on the Nigeria-Biafra War leaves a very large hole in whatever passes for Nigerian history.

“Victors write history, and the Biafrans lost,” Frederick Forsyth writes in his controversial book The Making of an African Legend: The Biafra Story.

In the absence of a book by Ojukwu on the war, a lot of actors make all kinds of claims in their narratives.

For instance, there is this viral account of Prof Sam Aluko claiming that Biafra was declared before the Aburi conference in Ghana, an obvious lie.

It helps to somewhat right some of the wrongs that there is the 373-page book General of the People’s Army, compiled and edited by Chuks Iloegbunam, and published by Press Alliance Network Limited, Lagos in 2012.

Iloegbunam understands that Ojukwu was akin to a big masquerade that cannot be fully appreciated whist standing on one spot, whence this take from the blurb: “Chukwuemeka Odumegwu-Ojukwu was a multi-dimensional phenomenon. Because individual effort is incapable of adequately interpreting the legend, an amalgamation of local and international voices has assembled a composite pronouncement on the man who declared the Republic of Biafra. Given the centrality of Ojukwu in the history of Nigeria, General of the People’s Army is at once the story of a courageous soldier, a record of the African continent’s bloodiest attempt at secession and a statement on the texture of relations between former Biafrans and the rest of their countrymen and women.”

Although the book is divided into the six broad chapters or sections, it can be read quite seamlessly.

The inclusion of the epochal “Ahiara Declaration” in General of the People’s Army is akin to embedding a book in another book.

Dedicated “to the cause of a negotiated Nigeria”, General of the People’s Army kicks off with a robust preface from Iloegbunam thusly: “There are many like Ojukwu in the Igbo country – including Chinua Achebe, and Mbonu Ojike who died in his prime. They are the true measure of the Igbo spirit which Ojukwu exemplified in 1966. Today, people will be hard put to find sterling characters like them. Today, the dangling of an oil block or the waving of a fat dollar denominated cheque or a ministerial appointment would send many a pretender to Igbo leadership into swearing that the anti-Igbo pogrom of 1966 had not taken place. It is eternally to Ojukwu’s credit that he never posted his conscience, nor was he ever enticed by filthy lucre; he continued to the very end with the insistence that no ethnic group deserved to be cannon fodder in the Nigerian polity; no Nigerian deserved to be a second-class citizen in his own country.”

Saturday, November 26, 2011 was the red-letter day on which Emeka Odumegwu-Ojukwu passed on in London.

Governor Peter Obi of Ojukwu’s home state Anambra, in his lament, written in Igbo, mourns that “lightning and thunderbolt are silenced.”

Chinua Achebe celebrates the giant who lived for others.

For Senator Uche Chukwumerije, Ojukwu was “the man who saw tomorrow.”

Brigadier-General Samuel Ogbemudia who fought against Ojukwu in the war stresses that “Biafra would have been the toast of Africa” if it had succeeded.

Professor Herbert Ekwe-Ekwe sees Ojukwu as one of the greatest Igbo of all time whose death should lead to the goals of doing justice to the Igbo genocide and the restoration of Igbo sovereignty.

General Olusegun Obasanjo sees Ojukwu’s death as the end of an era.

General Ibrahim Babangida argues that Ojukwu’s understanding of the political dynamics of Nigeria was extraordinary.

Ojukwu was indeed a global phenomenon as showcased by the obituaries of The Economist, Associated Press, Time World, Washington Post, The Guardian of London etc.

The Nigerian newspapers counted too with their editorials.

The many dimensions of Ojukwu are showcased by ex-soldiers, intellectuals, columnists, deans and dons etc.

With the space available to me it is well-nigh impossible going into details as per each contribution.

It suffices that Wole Olaoye, for instance, reveals that Ojukwu bears the English name Christopher.

Is’haq Modibbo Kawu supplies the dimension that they were trained during the war to curse Ojukwu with passages from the Koran.

Of course there are the exclusive vistas of Ojukwu’s life in exile and the arrangement of his pardon and return supplied by his aide, the inimitable Kanayo Esinulo.

Iloegbunam’s General of the People’s Army comes with a good dose of contentious issues like this deposition by Igwe Alex Nwokedi: “When you look at it, while the Hausa were talking about education imbalance, the Igbo, instead of complaining, didn’t but rather they strived to catch up with the Yoruba so much so that today there are more lawyers, doctors and engineers in Igboland than there are in Yorubaland.”

Iloegbunam takes charge to correct errors of fact, like insisting that the Aburi peace talks did not fail but rather Gowon’s Federal Government reneged on the accord.

The errors in the rendering of the Daily Trust editorial are duly pointed out by Iloegbunam.

Prof Aluko’s sequence of events is inaccurate, according to Iloegbunam, because Aburi antedated Biafra’s secession by five months.

Iloegbunam asserts that TY Danjuma did not command a Division during the civil war.

There is no escaping the fact that Ojukwu is a very controversial subject, but then he ended up being the one Nigerian given the greatest burial in the nation’s history.

Given the absence of a book on the war by Ojukwu, Chuks Iloegbunam has done a landmark duty in putting together the many dimensions of the man’s life in General of the People’s Army. 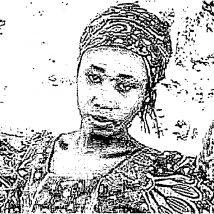