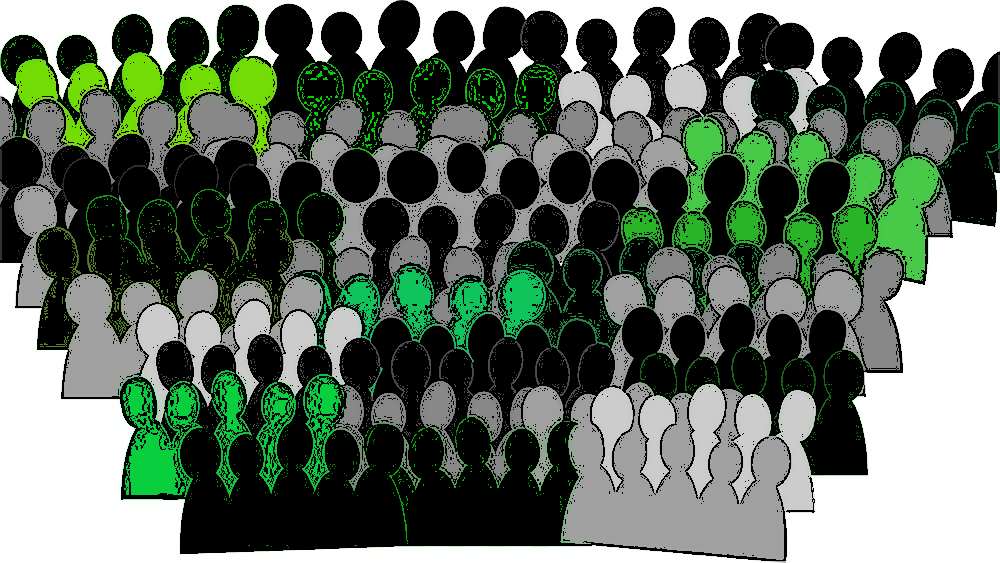 It was high noon on that day. It was that day of days. The arena has been filled to the brim. Crowds of pilgrims make this journey every year. They journey to pay homage, to whatever it is their ancestors told them, was their source and origin. It was the holiest and most ancient of days, in their calendar of liturgies.

Many come from the peripheries of irrelevance. Others, from the outbacks, and backwoods of reckoning. Some others from the capitals and major metropoles of the realm. It is appointed onto every son and daughter of this land, to make this journey, at least once in a lifetime.

They have forever responded to this call of their ancestors, echoing across history. Like is the case every year, they trooped from all corners of empire, to be at this feast of feasts.

As the sun dragged itself across the midday sky, the masses of tired pilgrims, waiting for the ceremonies to start, observed what sounded like an unrestrained peals of sound, rolling like the spasmic waves of an angry tsunami, as it makes its way from the outer precincts of the arena, towards the podium.

As the bandwagon rolled into view, they saw a guy of rugged and hardened features. He looked artisanal, but not pedestrian. His looks were not sophisticated. He looked very much like a rural artisan, very used to the life of manual labour. He has those provincial airs about him, with echoes of our evolutionary past as things of the wild.

That seemed to have mesmerized the women spreading their clothes on the ground ahead of his rag-tag convoy, into fits of ecstasy. They broke into songs, co-opting his name into instantly invented songs eulogizing him as the Alpha male, and omega of all hearts.

Such a rough face, spotting unshaved beards, seem to hit a spot in the feminine psyche, that is difficult to explain.

The women kept spreading their clothes on the floor for this young guy to step on, as he approached the steps to the podium.

They loved him, it seems!

The men were not left out. They mounted bodyguards around him, to keep out the oppressive crowd pressing in to catch a glimpse of him or even to touch his clothes. The story was told of him having magic powers.

It was electrifying to watch how the crowd fell into his spell. They could eat out of his hands. They waited like hungry, famished deers, for his lips to break in a smile. In whichever direction he looked, each person felt he was looking at him or her alone. If he had commanded the crowd to move mountains, Olympus would have fallen on that day.

They sang his praises. They canonized him a god of their highest esteem. They danced in his honor, ate every word coming out his mouth; and were ready to go on and on, sitting there and simply being in his presence.

Everyone loved him and was ready to die for this guy. All he needed to do, was to say the word; and his wishes would have been their command.

That Sunday was so beautiful in being uneventful. This guy that made a royal entry into the arena today, was the talk of the town.

The town was still packed with pilgrims on Thursday, when in one of courtyards adjoining the arena, everyone went up to verify the truth in the rumour making the rounds since Tuesday that the guy, celebrated as the Son of Zeus on Sunday, has been arrested and accused of being a crook and a blasphemous impostor.

The people met him standing in the center of the courtyard; stripped naked, badly beaten and tortured. His eyes were swollen, as if Mike Tyson was let loose on him, with a command to make sure that his eyes would challenge comparison with golf balls, when he is done with him.

The charges were read. They sounded so flimsy that little kids there were shouting “it is a lie“ as each charge was read out.

The prosecutors were afraid of the crowds. They wanted to let him go. But the conspirators sent their collaborators into the crowd to preach. These preachers kept murmuring as they meandered through the crowds.

I was so sure that they were wasting their energies trying to buy the people over.

“Let’s put it to vote“, screamed the Chief prosecutor!

“What shall we do with this man, who has been making claims that are impossible to verify and are insults to our old and new gods.“

The answer was thunderous and deafening; as if Amadioha convoked a war council

That was when I knew that our guy was lost.

The crowd condemned him to hemlock.

Don’t forget, that this same crowd threw a party for this same guy last Sunday.

That is the difference a few days make. No two days are the same. The opinion of every crowd is a thermometer, meant to rise and fall as the temperature of power rises or falls.

The crowds clapping for Pastor Enenche and Ibiyeomie, as they plan to commit murder and curse someone; would condemn their Jesus to be crucified again, if he dares challenge their Daddy GO.

The crowds are fickle. Whenever everyone is getting on the bandwagon, just leave. Whenever you follow the Masses; just remember that the “M“ is most times silent. 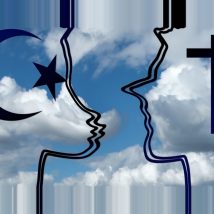 In Defense of Father Mbaka