This House Has Fallen 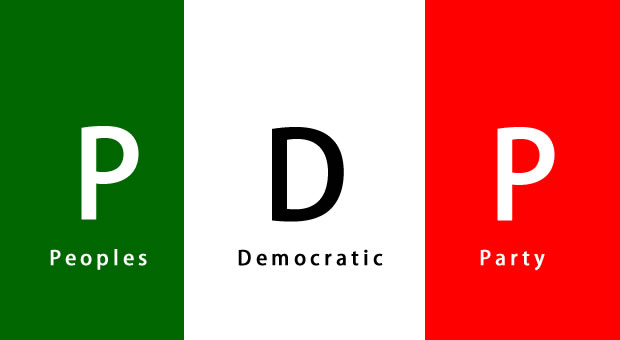 The title of this piece, “This House Has Fallen”, was the title of Karl Maier’s book, a USA journalist, written in 2000 about the chronicles of a nation (Nigeria) on the verge of collapse that has survived series of misfortunes ranging from coups, civil war, religious crisis, human right abuses, to our political history and democratic freedom.

While Karl Maier, in his book described its own as a house on the brink of a nervous breakdown, mine could be described as a house in ruins. Though there was no death recorded, the casualty is gargantuan, all the occupants of the house were affected, some had severe and fatal injuries while the remaining were bruised. The occupants of the fallen house are yet to come to terms with how the structure they boasted could stand to the taste of time turned out to be a house of cards.

The fallen house is People’s Democratic Party, PDP, the powerful institution that once enjoyed the trappings of power and also boasted it would rule the giant of Africa for 60 years has fallen from the ruling party to the opposition party. It took us 6 weeks (from March 28th-May 29th 2015) to be able to ascertain its decrepit state. Now the wreckage has been cleared, we now know how irredeemably bad the situation is. While we are yet to recover from the failed promises of the out gone PDP led government, the series of impunity perpetrated while it lasted remains odoriferously appalling.

Before its imminent collapse, the PDP led government could only be compared to the Ottoman empire of the 13th century. (Ottoman state rose to become a world empire in the middle East that lasted from the 13th century to 1923).

While PDP was a political party that controlled one of the largest economies in Africa for 16 years the Ottoman Empire controlled the economies of the Middle East and South Eastern Europe from the 13th-20th century.

Both governments were conservative and profligate in nature: unwillingness or slowness to accept changes or new ideas. A great deal of resources that would have been spent on defense, education and public works were used to satisfy the alimentary purposes of our government officials and their retinue of aides while at the Ottoman empire, it was used to satisfy the carnal and bacchanal desires of the Sultanate.

PDP, as a green horn in opposition politics, are yet to come to terms with their latest status, neither have they taken up the challenge of their present status, even before the official hand over, internal bickerings and frustrated egos have taken over. Leaders are up in arms against leaders in the party. It’s been a gale of defections, blame games and resignations. What hope for the opposition? Can a party that has almost been relegated to a regional party, play the role of a formidable opposition?

The chickens are back home to roost, I pray they would be able to rise from political infamy and begin the process of building a formidable house that can take over the reins of power in future.