Tithing, Hijab, Nations and the Psychology of My Fellow Nigerians!!!

Professor Pius Adesanmi accurately espoused in one of his ace articles that a Nigerian psychology is his/her deadliest enemy; rewire the already wired psychology, and every other things shall be added onto it. This is exactly the truism in Nigeria of today.

Without prejudice, It has always nauseated a rational mind to partake in religious discourse with other Nigerians. Religion is an opium for people who close their eyes to other people’s opinions.

Why do we as a people constantly misplace our priorities? Why is our history so repetitious with no hard lessons learned? While serious nations are exploring the space to make life more comfortable for their citizens, Nigerians are dwelling in contentious religious idiosyncrasies. Tithing and Hijab are the current version of these idiosyncratic norms and nauseating national discourse! Tomorrow, it’s gonna be another inconsequential thing or inordinate conversation to national development. How do we exorcize the curses on Nigeria? When shall psychiatry tests be made mandatory to be performed on all our politicians or political aspirants? Every citizen in Rome, Israel, Saudi Arabia, and Britain is living in economic tranquility with the basic necessity of life. Nigeria is still debating on how to live harmoniously together in a hyped and restructured environment!

Funnily, Nigerians make pilgrimage to Mecca and Jerusalem every year. Nigerian government sponsor individuals to these sacred cities at the expense of the impoverished Nigerian taxpayers. These Nigerian pilgrims are lavishly holier than thou people of these two countries! Saudi Arabia is undergoing a radical departure from the past and marching towards joining the rest of the advanced nations. As the world awaits and watching with keen interest, the Kingdom of Saudi Arabia will from 2018 begin radical and revolutionary reforms to bring all her citizens at par with the rest of the civilized world. Apart from the religious conservativeness of the Saudi government, her citizens have always dwelt in economic growth and prosperity. KSA has utilized her religious inclinations to make Saudi Arabia the destination for pilgrimage and tourism. Yet, Nigeria is a prodigal nation with no atom of tendency for self-awareness!

While we are warped with religiosity in Nigeria, Israel is a powerful miniature country, or a Lilliputian nation with the state of the art infrastructures and technological know-how. Unlike Nigerians, Israelis unfettered collective patriotism and undivided loyalty to their country are unmatched.

When you see the incredible imagination of the youth in other nations, you’ll cry for a beloved country-Nigeria, and the warped Nigerian youths. I listened to a BBC documentary about Israelis’ army recently, it was a docudrama infused with breathtaking revelation! To the Israeli youths, joining the Israelis army is like buying a golden share in a blue-chip company. The Israeli army is a national pride! A lifetime aspiration and dream for young and old Israelis.

Every young Israeli is with the preponderance of interest to fulfilling his or her sense of belonging in a country that infactuates the youths’ mind. This is the patriotic nuance Nigeria currently lack. Our NYSC which stands for National Youth Service Corps was supposed to be the replica of the ROTC to equip the youths for greater roles in the future of Nigeria. ROTC stands for Reserve Officers’ Training Corps in the United States. ROTC is a baby Marine for the interested high school students who want to join the Marine or enlist in the Military after the high school.

Meanwhile, Israel’s sexy and well-equipped military personnel is one of the best in modern era. Israeli army is not only loyal to a country that cares for its needs; it is an army that is weaponized with the unending imagination and possibilities!

Sadly, while other nations are eager to uncover their imaginations for assured future, Nigeria and her citizens wanton daily, and surreptitiously fighting one another about religious issues and other national blasphemous nuances. They incredulously hate and resent themselves because of their various religious beliefs and opinions. Nigerian actions, values and deeds are incongruous with the faiths and beliefs they proclaim on a daily basis. The closet of most of the religionists are in stench, it is only God who knows, who among the Nigerian folks glorifies Him in truth and in spirit.

Furthermore, having studied and watched some religious countries of the world, Nigerians seems to be the most religious, happiest-suffering-and-smiling nation in the universe. Most of her citizens are mostly ungodly in every aspect of life-and yet in dispositions, very religious. In politics, and religious climes, the atmosphere is embedded with deceitful outlook, greed and survival of the best man who can outpace the other guys. Religion has ridiculously become a competition between two or more smart men and women in the assemblage of warped minds and congregants. Only the smart and the smartest ones smile to the bank in local and hard currencies; while the sheep in the vineyards of the shepherds continue to look unto God for daily bread and survival.

Do our countrymen and women have veils covering their eyes to see beyond their noses? Why can’t they see beyond ostentatious and mundane life to explore the imagination and possibilities of the 21st century and beyond to their own advantage? These are holistic and burning questions about who we are, and where we’re heading to as a nation. We have the best intellectual resources in the world, and yet, we are faced with the crisis of a wealthy nation. The contributions of Nigerian-Americans alone to the US economy are unmatched and unequaled if compared with other nationalities.

Contemptuously, religion has been made a culprit, whereas, religion isn’t a culprit. Those who practice religion are the culprits. All religions preach love and salvation, but because of man’s unending selfishness and deliberate ignorance, he stealthily or openly hates other people who do not share his beliefs, faiths and opinions. At the slightest mention of religion on both sides of Nigerian religious divides, the psychology of even, the educated minds among Nigerians will spontaneously take French leave. Nigeria is sliding into a bigoted nation, if at all we aren’t been there already! It high time Nigeria reordered its religious values to correct most of her warped citizens for peace, progress and tranquility.

To a rational mind, religion should be a vehicle of love and catalyst to enhancing brotherhood and togetherness among people. Different people with different beliefs, opinions and ideology should come together to share common ground for meaningful development, and for the good of the fellow Nigerians and humanity.

The youth is the harbinger of progress in any serious society. But in our clime in Nigeria, our youths have been weaponized by the profound convulsion in the Nigerian leadership to fight themselves. This has always been the deliberate intention of their leaders to mortgage their future! I wish the Nigerian youths can realize this before it’s too late for them. Our youth is supposed to be a magnificent representation of the progress and future of Nigeria.

Nigerian youths are in the midnight of their future. What they do, or allow their leaders to do with their extent of time might have consequences for their future! It’s high time for the youths to wise up and take control of their future. 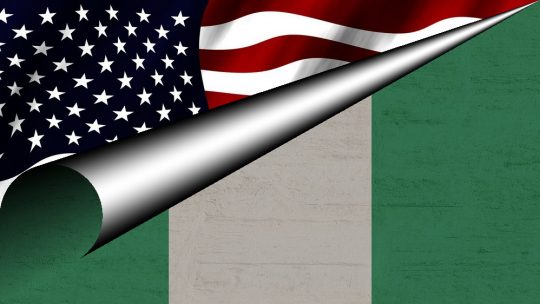 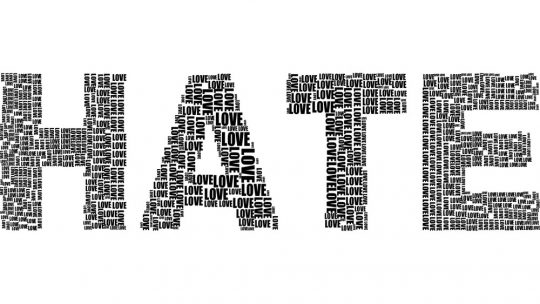