Unveiling the Real Enemies of Democracy 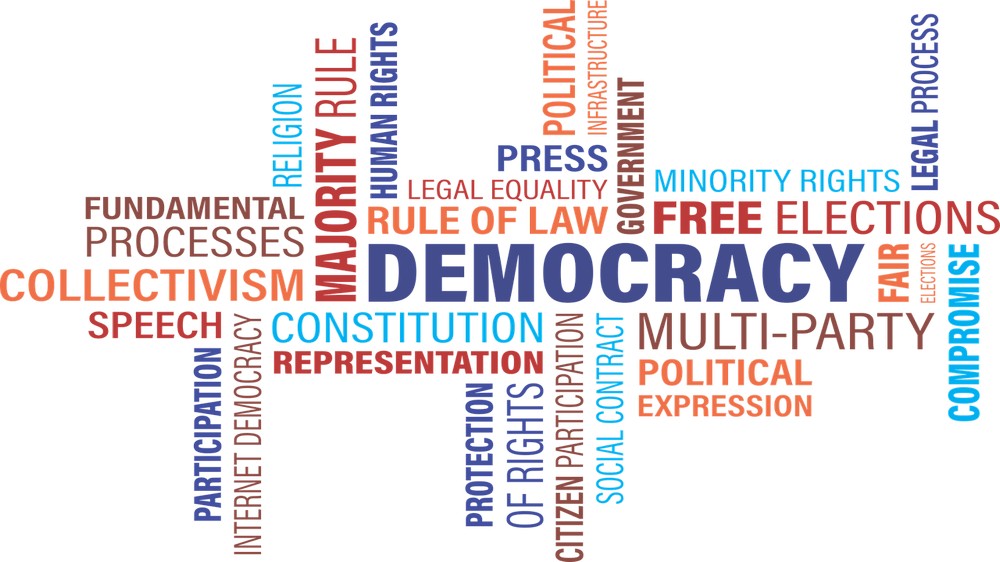 I must sympathise with fellow compatriots for having unfit folks as lawmakers in this country. When I think of how this set of Legislature has reduced itself to public ridicules, I cannot help but weep bitterly for the future of the so called democracy in this country. No set of legislature has unprecedentedly lost sense of dignity as this. With this kind of lawmakers, Adolf Hitler’s cruelty combined with Mussolini’s despotism would be a child’s play. From the onset of this “Legislathief,” many Nigerians like (yours faithfully) have lost hope. The election of its presiding officer was controversial, dubious and one-sided. Ominous! It has always got itself into needless issues that are of no benefit to the progress of the nation.

The above, on the one hand is disheartening. But what is seemingly perturbing the most on the other hand is the dazzling state most fellow countrymen have been dragged into. The inability of Nigerians to identify the real enemies of democracy is worrisome to me even when these enemies are apparent. People who should bury their heads in shame are now the ones pointing to us who the enemy of democracy is. This is a typical case of a pot calling a kettle black. One should be extraordinarily careful when folks who should be spending their fourth, fifth or sixth year in prison, if we were in a saner, clime can open their buccal to tell us who the enemy of democracy is. Well, It is a thief that can always recognise another thief. When a building that houses drug barons, sponsors of thugs and killers, porn-stars, looters can resolve to tell us who the enemy of democracy is, then it follows that the substandard has replaced the standard and we are in deep slumber in Nigeria.

One glaring fact is that the main distinguishing factor between a democratic system of government and a dictatorship is the legislative chamber. But hopes have been lost in both the red and green chambers. The duo is seemingly suffering from the inability to sketch a scale of preference that one may come to doubt if the lawmakers took Economics at the O-level. You see them flexing muscles on issues of less relevance. Issues of national concern such as our budget, the state of the economy, unemployment, the deplorable sector of education, the decaying health sector and lots more do not give the lawmakers sleepless nights as that of Melaye’s – hidden under the guise and wrapped in the enigma of the incessant killings going on in the country. Did you hear them declare anyone as unfit due to the deplorable health care system in the country? Or the degenerating educational sector?

To strengthen my stance, in the letter sent to the IGP for invitation, Melaye’s saga was mentioned before the ceaseless mass murder that has rented the air in the country. This shows the incessant mass murder fused with Melaye’s case was just a covert as the utmost purpose of the summon was to lobby or simply put, frustrate the IGP to dance to their tunes by exonerating Uncle Dino, a member of the upper chamber. If yet you are not convinced enough to understand the antics of the Senators, then you need to ask yourself these: Are killings here and there just ravaging Nigeria? Why is the invitation coming in a time a colleague was arrested by the Police? Why has the Senate failed to give Idris’ delegate an audience?

Recall that a delegate was sent by the IGP to represent him yet the Senate was not contented. We have numberless cases where the Senate President was invited to a place or another but failed to appear and delegated another person. By simple analogy, Idris was right for his action. So why the needless witch-hunting of him (In our Olopas’ voice?) If truly the Senate is really concerned with the public interest (Ceaseless Killings) and do not have any other hidden agenda with regard to Uncle Dino, the delegate of the IGP is, to me, competent enough to represent his principal. We must stop politicising every issue at the detriment of our country’s health!

Killings ravaging the country are despicable. True! Kudos to the Senate for summoning the IGP to explain his contributions so far in putting a halt to the killings. But no thanks to it for politicising it afterwards by insisting on the presence of Idris when he has delegated an able person! And it seems the Senate is oblivious of the fact that it is dragging itself into mud and disrepute. First, it was Magu’s saga. Followed by Hameed’s. Now Idris’. Funny enough, in all cases, the Senate has always lost. Has the time not come for the Senate to eschew frivolities and embrace priorities?

Who can be more of enemies of democracy if not those who have decided to withhold the budget of the country for good 6 months while they receive 13.5 million naira as running cost monthly and a whopping sum of 700,000 naira as salary? The lawmakers claim to be friends of democracy who want killings end in Nigeria. But when the President decided to buy jet-fighters in assisting the military to reduce the spate of killings, they wailed and threatened to impeach him. These are the people priding and parading themselves as decriers of brutal killings threatening the country! While Buhari might have his innumerable flaws which I have reservations for; I think it is now clear to Nigerians who the real enemies of democracy and threats to national security are! Most of them have serious allegations levelled against them by the EFCC and the ICPC, even their Oga at the top is not left out. We don’t know when their next week will end for the passing of our budget. Next week, Next week, when shall next week end?