Who Owns The Church?

In Nigeria, we are happy and very quick to set boundaries of things to discuss and things not to discuss. We keep repressing ourselves as a people and refusing to move on as a nation because things are not meant to be put to open discussions. When President Obasanjo stole the idea of National Conference from the PRONACO Group that proposed it without giving credits to the originators, he set limits and no go areas. Those limits became the bases of its outright failure.

It is almost a taboo for anyone to get up in Nigeria to critique the church: what would you say is wrong with you to make you do that? The church is perfect and can do no wrong because those who will appreciate its excesses are themselves neck-deep in seeking its prayers and miracles. Therefore, I will not commit the insanity by critiquing the church. I will only try to raise some questions which might help me clear some doubts in my mind.

Strange enough, Nigeria has never had such unprecedented number of congregation of believers in its history as it does now. Hundreds of thousands of people attend the holy places to pray for themselves and to pray for Nigeria(?). Nigerians have come to embrace the church so wholesomely that those who evangelize the church to us are currently so amazed that PhD degrees and researches on the incredible growth of churches in former colonies are becoming interesting university work. They brought the religion to Africa, now the religion is beyond the European comprehension. The last time this writer was in Germany, I spoke with lots of friends who also helped to call some other friends to confirm that Reinhard Bunke, that famous crusade evangelist who is wholesomely famous in west Africa, is hardly known at home in Germany. What is going on is Africans are dying their cloth deeper than the indigo of the bereaved.

The churches in Nigeria today are nothing but money collection outlets. In every sitting, in every meeting, generous offerings are solicited and collected. You dare not go to church with nothing in your pocket because you would be embarrassed. First, they would ask you to bring out the money you have brought to offer God out and hold it high. Then they would ask that if you have nothing to offer God, ask the person next to you to give you something to offer God so that you can participate in the blessings. Of course it is not so that you can participate; it is so that you can add to what is collected that day.

Amazingly, many offering collections had entered the faith so innocently that people are even afraid to think that they exist. When a friend got married, the trick that the church did was to give offering bowls to both my wife and husband to hold and asked the congregation of people who had come to rejoice with them with “rejoice offerings”. The trick there was to make the couple’s guest see their eyes as they come out to make offerings. Those who danced out would be reluctant to throw small denomination of naira into the bowl. And then, if you were the guest of the groom, you would not want to be seen as not supporting the bride by not putting anything inside the bride’s bow. So you were psychologically compelled to drop something in the two bowls! When he realized what was going on, and after about three times of ridiculously extorting money from his guests, he told the priest that he would not do it any more and he was ready to walk out of the church in protest before they stopped.

There are so many collections in the church of today. There is “tithe offering” (which is the initial 10% of your salary), there is “church offering” (which is separate from tithes and very different from every other offerings to be collected that day). Then there is “pastor’s appreciation offering” which itself is different from the “pastor’s family offering”. Then there is “thanks giving” offering which is different from “testimony” offering (testimony offering is what you give to God for sharing testimony of a happy day) and many other absolutely ridiculous offerings in the name of God. If you were prudent not to spend so much money and you are the church goer, then that money you save will go to God through the pastor’s pocket.

When I spoke with some critical people about these worrisome collections in the churches, they told me that I was the stupid one that go to church with high denomination of the currency. If I were as wise as they were, I would change my money to the most basic denomination which would make it easier to give so many offerings in one Sunday while spending only the amount one originally intended to spend. Do not be angry with yourself that you approach God with a ridiculous amount of money or a cheap denomination of N20! Oh no… God did not ask the pastors to collect so many offerings. Besides, you would be giving not less than 5 times which makes it 5 times N20 going to church from you in that church service.

All the other offerings can be passed as innocent offerings. The type of offering which greatly bothers me is that which is “church building” offering. Every church does this. They collect money to build churches and in some other instances, to renovate the churches or pastor’s house.

A German friend once took me to a museum and when we got to the part where church riches and gold were displayed, he felt sad and angry and quickly moved past me. When we were outside, I asked him what was wrong. He told me that each time he saw the church’s riches, he got angry. He asked me to imagine the ancient European times when there was little or no money when people were pure peasants without money or riches. Yet the church exploited their sufferings and collected their labor only to acquire riches and gold and build huge edifice from the labor and sufferings of their congregations. Then I also became angry because what I imagined was torturous to my vivid imagination.

Churches in Nigeria collect money from congregation to build “the house for God” people innocently buy-in to the pastor’s dream to construct edifice large enough to glorify God. Humphrey Boiyen did that in Ivory Coast. He woke up one morning and said God asked him to construct a church for him. He went to his own village and constructed an edifice which spurred the envy of Papa’s Land in Rome because it became bigger than the Basilica. But at least, the Ivorian ruler used the national resources and not peanuts from peasants to make his dream. The church and of course all churches in Europe built with people’s money now belong to the state.

Nigeria must begin to move towards the European paradigm; churches that are built on people’s contributions must not belong to Pastor Paul Adefaransin’s family, or Arch. Bishop Benson Idahosa’s wife, or Bishop Okwonko’s family name, or Bishop Oyedepo’s family legacy or Pastor Chris’s “yopie” family name and so on and so forth. These must be public institutions since it is not possible to identify every individual that contributed to the building of such edifice. If it is not proven that the building was exclusively family resources of the pastors ALONE used in constructing such edifice, then it must be public property. If owners should use any resources- no matter how small, from their congregation, then the Nigerian public must have shares in the money collected as offerings in that church. Our money was used for starting the business venture and we must be regarded as business partners.

But knowing how frustrating it is for Nigeria nation to take up this case and to think of the merit of my call because those who would make that radical policy decision are already inside the church asking one of the pastors and bishops to pray for him/her so that he/she can remain in the position for ever; asking God to eliminate all oppositions in the way. That kind of person cannot have the liver to challenge the ownership of the church. Rather it is for us as t

hinking people to come to realize and be aware when our integrities are being taken for granted. Such questions must repeatedly come into our minds:

1.Why is the church not using our offerings to build its own church building?

2.Why would I be the one contributing to building church? Am I really convinced that God has asked our pastor not to alleviate people’s sufferings but to build a church for Him?

3.Who owns the building when it is done? Do I get to share part of the ownership of the building since I contributed in the funding for its constructions?

4.There are so many buildings around, why do we need a new church building?

5.Nigeria of today; its leadership, its citizens, its economy, its sense of directions is in mystery and disarray. What has the church done to help aside from prayers?

We must be bold to ask these questions. We must not only demand responsibilities from our political leaders and public office holders alone. What we do in our little sphere are as important and those in the public spheres. Let the church also begin to think of giving accountability and transparency. Then we can approach public scrutiny with purity and strength. 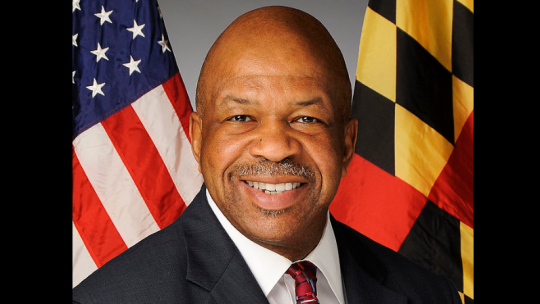 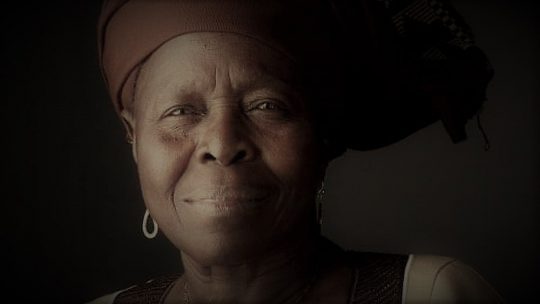