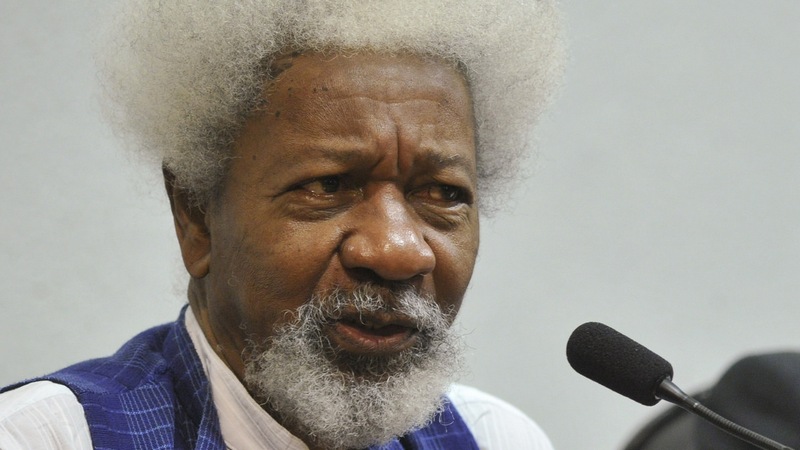 WS,
Your sundry hoary strands
Stand as beacons
To navigators
cruising from all seafronts
To the island of bliss, astuteness, scarred proficiencies
and maneuvers that beat fulfillment
without animosity, without lust
with the stoical
expression of tunes, that take flight
on the fins of watered units.

For the umpteenth time, controversies have trailed the appointments made by Nigeria President Muhammadu Buhari, which have been adjudged lopsided. It has happened again and again, the most recent being the appointment of Ms. Hadiza Bala Usman as the Managing Director of Nigerian Ports Authority (NPA) along with three other appointments.

However, at all such time-points in the history of Nigeria, there have been Nigerians similarly against and in favour of the appointments on the altar of tribalism, on one hand and competence, on the other; with both parties churning out their petty or consequential arguments however they deem fit.

Today, the iconoclast, WS, marks 82 years of his journey on earth. I stumbled on a video, which appeals so much to my sense of justice while at the same time addresses, at least in my mind, the controversies that have always trailed Buhari’s appointments. I thought to share this in dedication to the birthday boy.

Prof. Wole Soyinka, 1986 Nobel Laureate for Literature, was “a member of the High Level Panel on Peace and Dialogue among Cultures, established in 2010 by UNESCOs Director-General, Irina Bokova. The High Level Panel comprises prominent political, intellectual and religious personalities from all regions. Its members have been asked to reflect on and reinvent the construction of peace founded on justice, respect for human rights, gender equality and solidarity, in the context of globalization and the challenges it poses, such as climate change, management of resources and ethical and economic issues. The Panels mission is to ring out UNESCOs message of peace in the world through education, science, culture, information and communication.” – Footnote to the Youtube video, where WS responded to a poser, “This morning, I was very surprised by your mention of the fact that politically correct ideas often work against cultural openness.”

WS reacts, “I find the very notion of political correctness very condescending. It’s an assumption of a kind of standing on high moral grounds and presuming that others cannot quite attain that moral height or even cultural universalism and therefore you say, “Oh, no, no. You must not give offence here.” And then you don’t ask yourself the question, “Just when you say you are not giving offence, do you really understand to how many millions you are, in effect, giving offence, because their position is not being articulated?”

In other words, when we talk about culture; for instance, cultural dialogue, we don’t ask ourselves, “Is this a kind of exterior-directed dialogue for the promotion of which we are neglecting the interior dialogue that should take place among nations?” In other words, “whose culture is it really and who defines the culture?” When for instance, a tyrant or a despot of one kind or the other, says, “This is not our culture and this is against our culture.” On whose behalf are they really speaking? Is it that they have taken possession of what they consider should be the culture of their particular enclave or are they really representing the cultures of their own societies?

The exterior communities do not ask that question. They do not…they refuse to interrogate the realities within these various enclaves. In other words, they refuse to confront the phenomenon of power…power, which uses cultural uniformity in order to address themselves to exterior threats or even the mere self-consolidation within their own entities. And therefore, they use the alibi of cultural relativism, identity, the conflict, which very often is artificial, because it’s really posited on what power within an enclave has decided should be the culture of that entity.

Within any kind of society, take any nation today, any nation at all, which considers itself a kind of monolithic cultural entity, you find numerous other cultures with millions of people to whom this culture, which has been proposed by power, is complete anathema. On the outside, other nations, other communities, refuse to take cognizance of this because of what they call political correctness. And that’s why I proposed this morning that it’s about time that we ended this very simplistic notion of a dialogue or conflict between east and west, between Christianity and Islam; and recognize the fact that these two monoliths, in any case, have succeeded in subjugating, taking away the voice of other cultures, anterior cultures in numerous societies, as in my own, for instance. And those other cultures are not dead. And I think the world, the global community, can help itself by reinvestigating these, sometimes I call them invisible cultures, invisible religions and using the ethical values within those cultures, those suppressed, marginalized, ethical values to arbitrate even their own conflicts.

Just to summarize what the basic virtues, for instance, which I attribute to a number of these invisible religions and cultures. You’ll find that amongst these cultures, these religions, you will not find any of them, which has engaged in what you might call a religious war, either a crusade or a Jihad in their entire histories. And I think this self-hunting, arrogant cultures, east and west, can humble themselves and try to learn from these anterior cultures, which they have successfully suppressed.”

While deploying tribal sentiments, stimulated by geographically lopsided appointments, seem to be a run-of-the-mill practice on cyberspace, television and in almost private spaces, focus should be riveted more on the values and positive influences derivable from such cultures, popularly and wrongly defined as tribe, the Easterners, Northerners, Others and Westerners (in alphabetical orders).

If that is done, then it will be easy, without recourse to tribal sentiments, to address the problems of “A thief assisting a non-thief to secure a house of gold”. We should really investigate, “Is Buratai a thief? Or it’s the case of giving a dog a bad name in order to hang him?” We got to this point where weaving up tribal sentiments have shadowed other significant things, where one group is suspicious of the other. And children begin to read meanings, other than the real, to acts and inactions of their fathers’ fellow countrymen.

If “the ethical values within those cultures, those suppressed, marginalized, ethical values” are reinvestigated and consulted, it should be easy to address the insidiously sadistic recurrent problem of Nigeria needing to cough out ridiculously outrageous amounts as pension to former governors and ex-deputy governors, for as long as they live, while some of them are serving Senators, hence, not out of job to justify being paid pensions. Are they retired but not tired, tired but not retired, retired but not retired or tired but not tired? The fact is obscure here.

These issues, and more, go way beyond tribal sentiments. The latter will only be used to successfully divide the nation, while the architects of the division continue to clear our treasury of its worth.