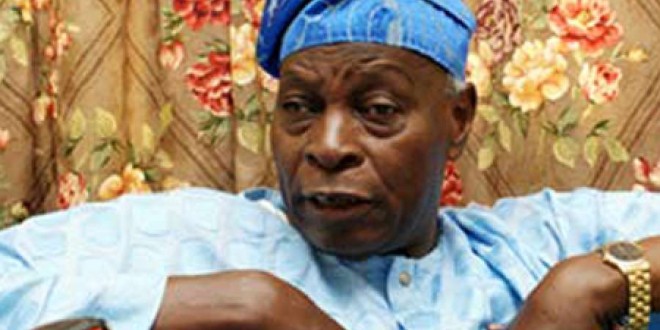 The brutal abduction early last week of Chief Olu Falae, a former secretary to the government of the federation (SGF) and former finance minister, by a band of suspected Fulani herdsmen has once again brought to the fore the often tragic excesses of these cattle herders whose distorted and unwholesome understanding of their place as co-inhabitants in their host communities appears to have led them into the erroneous and dangerous belief that they are, perhaps, incapable of being restrained by any law.

On Monday, September 21, 2015, the day Falae turned 77, armed Fulani herdsmen reportedly stormed his farm at Ilado in Akure North council of Ondo State, attacked his workers and violently took him away. This is how his personal assistant (PA), Capt Moshood Raji (retd), explained what happened while speaking with newsmen in Akure on Thursday, September 24, the day Falae regained his freedom, as reported by Vanguard newspaper on Friday:

“About a month ago, there was a clash between the herdsmen and Chief when some cows destroyed maize on the farm. I was the one that led the policemen to arrest them. We arrested some and detained them for about four days. Chief Falae said he has no problem with them that they have to sign an undertaking that they will not go there again. They signed an agreement that they will not go there again. The Fulani Secretary signed for them. The secretary then said I should caution Oga (Falae) that he should go and fence his farm. He said if he dared harm any cow or kill any of their cows, there would be trouble. He said that before the officer in charge of SARS. They have [now] carried out the threat. What they destroyed was about N500,000.00 but N120,000 was paid and the chief distributed the money to all his workers when it was brought to him.”

After his abductors set him free, Falae reportedly told Governor Olusegun Mimiko of Ondo State who visited him that during his four days in captivity, he was made to sleep on bare floor and trek several kilometers from his farm in Ilado, where he was kidnapped, to about 10 kilometers near Owo, where he was eventually set free. And when Gen Alani Akinrinade visited him on Monday September 28, he explained further:

“When the hoodlums came, they slashed me with their cutlasses, they said I was not cooperating. And they dragged me barefooted into the bush. After dragging me around for about two hours, they stopped somewhere for us to rest … It was about 2.30pm on Monday that we started walking with very few stops until 2am the following morning. I suspect that I must have covered a minimum of 15km. That morning I did not take anything. So all day, I had no food, no water and I walked close to 15km. How I survived I cannot really remember. I had no food in my stomach, I had no shoes, my clothes were torn to shreds … In that place, we all slept on bare ground, unfortunately, the rain came in the night and I was thoroughly drenched where I was lying down …. They offered me bread, but I told them I cannot eat it. I demanded for a bottle of coke, which was what I drank everyday to have the strength to survive and to continue the march, because they were permanently moving. There were six of them with three or four guns and every half an hour or so, they will say, ‘Baba we are going to kill you if you don’t give us money. We are going to kill you.’”(Vanguard 29 September 2015)

It was reported that Falae had returned with a wound on his left hand. His abductors had asked for N100 million as ransom, which they later reduced to N90 million. Although Falae has confirmed that his family eventually paid the kidnappers some money before they released him, he did not say how much. But Vanguard newspaper of September 29 quoted a “dependable source” as disclosing that the family parted with N5 million to secure Falae’s release.

Given the tone and contents of the statements of those who had condemned Falae’s abduction, it ought to be clear to the federal government that the activities of these Fulani herdsmen have unduly tested the patience of a growing number of Nigerians, and now pose a serious threat to peace and unity in this country. Afenifere, the Pan-Yoruba Socio-Political and Cultural group, for instance, is insisting on an immediate end to the Fulani cattle rearing business “in every state of Yorubaland.” Rising from a six-hour meeting in Akure on Monday, September 28, the organization condemned in very strong terms Falae’s abduction and called for the arrest of the kidnappers without any further delay. Given the tension this incident has triggered which might be unduly compounded by any reoccurrence, a lasting solution must immediately be found to the menace of these herdsmen before they plunge this country into an avoidable crisis.

Falae’s ordeal had attracted such a significant attention, including a presidential order to the Inspector-General of Police (IGP) to immediately secure his release, because of the caliber of his person. Some other victims who had even lost their lives only managed to attract just a brief or no mention in the papers. Their families are in their quiet, obscure corners mourning their loss.

In March 2015, for instance, an 85 year-old community leader in Oma Eke village in Udi Local Government Area of Enugu State, Pa Tagbuo Oguejiofor, was murdered in cold blood by some Fulani herdsmen rearing their cattle in his community. According to PUNCH newspaper of March 19, 2015, the late octogenarian’s offense was that he had the temerity to drive away these herdsmen who had unleashed their cattle on his farm which promptly devoured his crops and polluted his water well. Later, they armed themselves, returned to the farm, murdered him and went their way.

How these herdsmen are able to retain the conviction that farms that people had invested labour and resources to raise would continue to serve as food for their cattle remains very difficult to comprehend. And the deprived farmers are expected to go home quietly (and probably thank the herdsmen and their cattle for helping them to destroy the farms they may have raised with their life-savings or even loans), or else they would lose their lives, or (if they are lucky) be kidnapped so that their families would pay huge sums to secure their release. Not even during the colonial era, with all the several inhuman and degrading treatments suffered by the conquered and colonized natives, were human beings brazenly subjected to such extreme indignities. So, those who are seeking to entrench such a callous and oppressive enterprise should better know that they are planting a time bomb in the country by unduly provoking an otherwise peace-loving people who would rather go about their normal lawful activities without any molestation.

When you do an internet search on the phrase “Fulani Herdsmen,” you will be shocked at the incredibly humongous harvest of tragedies these fellows have accumulated with utmost impunity across Nigeria. You will be further benumbed by the lamentation everywhere that they always manage to get away with whatever they do. Even when they are arrested after any of their crimson exploits, they would always find their ways out of custody soon, further emboldened to wreak more devastations. When they invaded a village in Benue State around 4 a.m. in March this year, for instance, more than 90 lives (including those of women and children) were callously wasted before their bloodlust could be assuaged (Vanguard of March 16, 2015).

It must, however, be pointed out that these herdsmen are doing an important work which they are sadly discrediting with their brazen disregard for the rights of others, including the right to live and undertake lawful activity with any disruption. Their product serves as a source of protein to many across Nigeria. Their activities must therefore be regulated for it to continue to enjoy accommodation and acceptability in the places where they operate. They must be made to realize that there are laws governing civilized existence and that Nigeria is not their conquered and lawless jungle.

In most cases, these itinerant herdsmen are not the owners of the cattle they are rearing. The owners who sit in their comfortable homes and watch them kill, maim and abduct innocent people with alarming regularity must now be compelled to realize that there is a limit to impunity in a society governed by law. Even when people are provoked, they should learn to restrain themselves from taking laws into their hands and report their grievances to lawful authorities.

The only way, however, to halt these reckless and callous killings is for those who perpetrate them to be duly dealt with according to the law. So long as people enact tragedies and go scot free, so long will others be emboldened and even derive animation from doing more. And the helpless victims, when stretched beyond their malleable limits, might be compelled to resort to self-help to protect themselves, and we can all guess what this will spell for the country.

A lasting solution to these constant clashes would be for the government to muster the political will to confine the activities of these herdsmen by mandating cattle owners to raise ranches and grazing grounds for their cattle. Given the amount of blood-curdling tragedies the constant clashes between herdsmen and farmers have already accumulated across the country, this measure and more should be treated with the urgency they deserve.