Why I Will Not Write About Saraki’s Trial 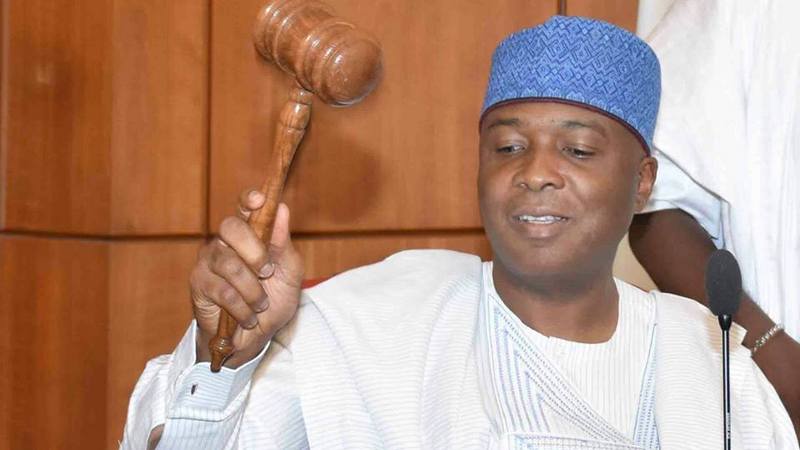 Friends and fans have pestered me lately with one or two questions. What do you think about the trial of Senate President Bukola Saraki for alleged false declaration of assets? Why haven’t you commented on the matter? Are you going to write about it?

My answers have gone along such lines as, “Saraki’s so-called trial is a non-issue.” “It’s all abracadabra.” “Quote me, the charade has merely usurped the name of anti-corruption trial, but it’s meant to achieve other ends.” “No, I am done writing about illusions.”

I realize that some Nigerians are excited, pumped up. They relish the spectacle of seeing the otherwise imperturbable, even brash, Saraki ensconced in the dock, looking rather harried and diffident. For some Nigerians, this portrait of the senator as an accused is demonstration that Nigeria has entered an era when the law has lost its sight, no longer able to respect privilege. They sing the dawn of a new Nigeria.

I wish this were the case. Demonstrably, it isn’t.

Other Nigerians, quite a few of them animated by partisan sentiments, are plying a familiar trade. They ask: “Is Saraki the only corrupt person in Nigeria?” “Why did it take all these years to bring the charges?” “Why is the war on corruption selective?”

I wish we were a country where universal objection to corruption was the norm. We are far, very far from that. On any given day, in any forum with a smattering of Nigerians, there are excellent odds of finding a few zealous apologists for the corrupt—or, at any rate, those accused of grand acts of corruption.

As I wrote in a recent column, Nigerians appear united in their outrage against petty theft, including pickpocketing. We seem to regard such crimes of desperation, often driven by hunger, as capital felonies. In Nigeria, one of the fastest paths to death is to be caught in a public place attempting petty theft.

By contrast, the big thief in Nigeria—especially, the political or bureaucratic expert in funneling billions of naira of public funds into private pockets—is guaranteed a measure of admiration, if not veneration. Flamboyant, if meaningless, chieftaincy titles, church knighthoods, gushing media profiles and front seats at secular and sacred events are only a partial list of the ways we honor those who do most harm to society and the common good. In the rare event that the EFCC calls at the palatial home of such a thief-in-chief, the eminent robber is guaranteed the vociferous, impromptu defense of an army of Nigerians.

Even though all Nigerians—the big thieves included—live out the dire consequences of our national culture of impunity, quite a few Nigerians seem to shudder at the prospect of a former governor or ex-president being jailed for betraying the public trust. So we, the victims, rush to invent reasons why nobody should touch this or that Big Man or, on occasion, this or that Big Woman. We invoke religion: Why must a Muslim or born-again ex-governor be the first to be tried? We dust up ethnicity: Why is the law going after an Efik, Fulani, or Igbo when there are Kanuri or Fulfulde suspects whose sleep no police officer has disturbed? We hoist up the state defense. There are big thieves in all thirty-six states, we say, so why must the Chief Dr. Sir from our own state be the first to taste public humiliation and prosecution?

In a society that takes itself seriously, the first thing Bukola Saraki would have done, before entering that dock, was resign. And I mean not just resign from being the President of the Senate, but resign from the Senate altogether. And most of society would expect, indeed demand, that he do so.

But resignation is the last thing on Mr. Saraki’s agenda, this location being Nigeria. Why resign when there is an ample supply of praise singers to rent, when there are reporters willing to be bought, when there is the sympathy of imams and pastors and justices, retired and serving, to be tapped? At any rate, why retire from the world’s most lavishly rewarded sinecure, the top seat in a legislature whose members, by their choice, are addressed as “Distinguished Senator,” even though their proven distinction is in indolence, mischief, alienation from the deep concerns of Nigerians, and collusion in the manufacture of social misery.

The legislature’s top dog has another reason—in a way sound—for not contemplating resignation. He knows that his ruling All Progressives Congress (APC), like the recently bounced ruler, the Peoples Democratic Party (PDP), does not have a whiff of spirit in any serious fight against corruption. One proof: Several months after Governor Adams Oshiomhole claimed that US authorities revealed the name of a former minister who stole more than $6 billion, Nigerians have heard nothing more about the case. It’s as if $6 billion just evaporated into air, la lala lala! Another proof: the APC recently handed its ticket for the Kogi State governorship to Prince Abubakar Audu, a former governor of the same state. Yet another proof: former Governor Timipre Sylva is one of the top contenders to grab the party’s nomination for the governorship election in Bayelsa State.

Both governorship aspirants are defendants in active corruption cases, but the APC has chosen not to have a memory. In a country of more than a hundred and fifty million people, the self-styled party of change is apparently unable to find any governorship aspirants untouched by scandal or the appearance of it. Saraki, then, must shake his head in bemusement when he hears that his prosecution is part of a new no-nonsense stance on corruption.

The APC’s claim to solid moral funds is founded, solely, on President Muhammadu Buhari’s reputation for restraint and a near-ascetic lifestyle—compared to his peers in the armed forces and public life. But I have always argued that one man’s ethical credentials are far from an adequate foundation on which to build a case for a party’s commitment to real, positive change. There’s a new occupant in Aso Rock, but there’s hardly a new heart and modus operandi abroad.

It behooves Mr. Buhari to articulate a novel and effective approach to fighting corruption. For one, he ought to lend his presidential weight to the cause of ending the corrupt practice called security vote—a system that puts vast amounts of cash in the hands of governors and the president, with no obligation of accountability attached to the disbursement. He also ought to champion the significant scaling back of the immunity clause from the Nigerian constitution. The clause permits certain categories of office holders, including the president and governors, to live above the purview of the law even when they commit crimes.

Like former President Goodluck Jonathan, Mr. Buhari has a predicament. Many of his close political associates are possessed of inexplicable wealth. If the president is fundamentally averse to corruption and the corrupt, he better tell us—or show—his strategy for extending to his own political favorites an invitation to enter the dock. If he fails to develop a blind standard for the war on corruption, then people like Mr. Saraki will run away with the argument that it’s the same old gimmick all over again.

You now know why I would not write about Senator Saraki’s trial. There’s a broader, deeper discussion that engages me!