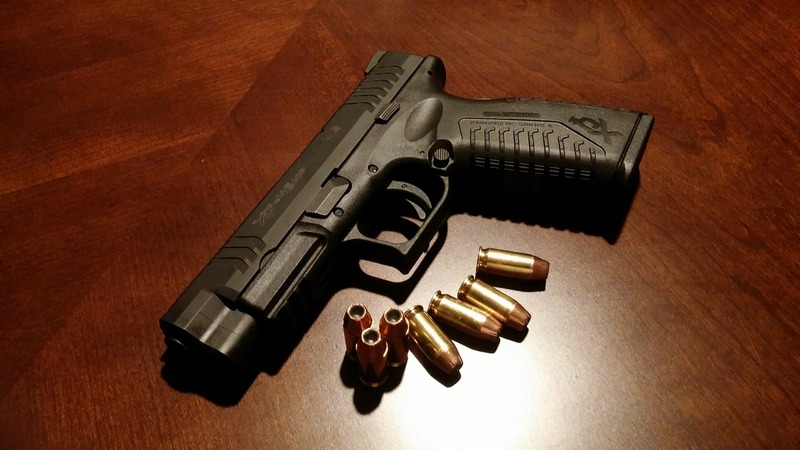 President Muhammadu Buhari’s call to Nigeria’s Defence Ministry to outline a plan for the development of an arms industry for the country is thought-provoking. Many people have taken sides on the subject but there is more than meets the eye to the quest for an indigenous arms industry for Nigeria.

Conceptually, it is a good idea. Nigeria should have long come of age for the internal satisfaction of her arms needs, at least at a basic level. The arms industry ranges at different levels. A country may be capable of producing small arms such as pistols and revolvers and long guns like rifles, but depends on exports for heavy weapons, tanks and armoured personnel carriers. One need not be a defence expert to realize that, by its very nature, the arms industry is a highly sensitive one. Major arms producing countries tie in their national interests to their exports. During the Cold War, the former Soviet Union and the Warsaw group of Communist countries used their arms industries to promote the expansion of Communism by selling to entities that toed

their line. For example, so-called revolutionary movements fighting, even if by proxy, governments backed by capitalist Western states got their support.

Nigeria’s recent unwholesome experiences in her bid to weaponize her military to fight Boko Haram and other insurgents are well known. It did not suit American/Western interests to arm her armed forces. There are indications that they probably scuttled the efforts of the Jonathan government to acquire weapons elsewhere.

Is Nigeria ready for an indigenous weapons industry? An arms industry is a very different ballgame from almost every other type of industry. Nigeria may have the experts but many interests, both local and foreign, may collude against them. History may help out here. As the first indigenous Quartermaster-General of the Nigerian Army, Lieutenant-Colonel Emeka Odumegwu-Ojukwu realized that the army was depending on low-quality British military products. He played a very active role in reversing the policy and the subsequent engagement of the German arms producer, Fritz Werner, to set up an ordnance factory in Kaduna. That factory was the foundation of the Defence Industries Corporation of Nigeria. The British never forgave Ojukwu for the effrontery to attempt to remove Nigeria from her sphere of influence and he paid for it during the civil war. So if Nigeria must have her arms industry, President Buhari and his planners should take a long-term view of these considerations:

The Western, and even Chinese and Russian, military-industrial complex will be uncomfortable with such an industry. Apart from the billions they stand to lose, a Nigerian arms industry, if well run, will limit their domination in the country’s internal affairs and strengthen her diplomatic muscle.

Then issues of corruption, ethnic interests and terrorism should be factored in. From an economic perspective, is the project viable? It is doubtful if Nigeria will be producing solely for internal consumption. USA has the world’s most powerful armed forces but the millions of bombs, bullets and planes her industries roll out are not just for their internal needs. Were it so, the country’s military-industrial complex would have folded up long ago. Strategic thinking is called for. Boko Haram will end one day. If Nigeria’s arms industry comes on stream, will it compete favourably on the world market? Hopefully, Nigeria is not anticipating another war and although security challenges will inevitably crop up, what will be the proposed industry be aimed at? One has to be brutally frank here: generally speaking, most arms producers anticipate that the bullets they produce will be, save in exceptional circumstances, shot in the bodies of foreigners, not their citizens.

During the Nigerian civil war, Biafra went indigenous to meet her arms needs. She took on the Nigerian armada which was outfitted by foreign arms producers. Can Mr. President and his Defence planners tap into the technical savvy behind innovations such as the home-made Biafran explosives e.g. ogbunigwe? I admit, times have changed and dynamics must be upgraded. But the civil war era blueprint and surviving actors can be consulted for guidance.