Anambra: Between Obi and Obiano 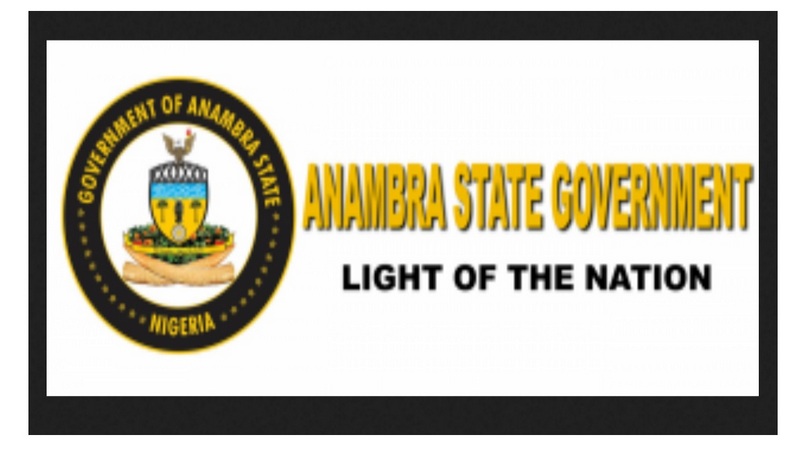 Anambra state is one of the greatest states inside the Nigerian federation. With Awka as capital city and Onitsha as commercial mega city, the state is rich and blessed with arable lands that grow food and vegetables all year long. Anambra state could be said to be the heartland of the Igbo ethnic group that have other states like Imo, Abia, Enugu, Ebonyi and some parts of Delta, Rivers and Bayelsa states. Twenty one local government areas (including the blessed land of my birth, Ihiala) make up the “The Light Of The Nation”. Anambra is great because Ndi-Anambra are culturally-strong people who value work and marriage. Anambra is great because there is a wholesome ‘competition’ for success from the grassroot level. Almost every son or daughter of the soil has this ambition from childhood to become somebody in life!

Anambra as a state has contributed its fair share to the advancement of the Nigerian nation even though the late great man (Ikemba Ojukwu Nnewi) that questioned the unity in the late sixties/early seventies had had his cogent reasons for militarily wanting to secede and create the state of Biafra. Today Nigeria is still a fragmented federation with minority groups still agitating for secession decades after Ojukwu saw the urgent need to re-write the national history and make things better for his marginalised oppressed people. There must be a way of restructuring the much-criticised Nigerian federal system with imperial ‘almighty’ powers vested in the presidency at the centre. True unadulterated federalism must be established if we are to guard against the antics of secessionist elements within.

Anambra is the birthplace of the late legends like Dr Nnamdi Azikiwe, the first President of the independent Nigeria; Chukwuemeka Odumegwu-Ojukwu, the Biafran war hero and founding-father of All Progressive Grand Alliance (APGA); Prof Chinua Achebe, globally acclaimed author of “Things Fall Apart” etc. Anambra made history as the first state in Nigeria to have produced a woman Governor in the person of Dame Virginia Etiaba who rose to the gubernatorial position after the wrongful impeachment of the then incumbent Governor Peter Obi. Obi later bounced back to his office after some judicial rescue.

Anambra is a state where a Governor rigged into office could decide to go against the run of play by refusing to continue to become a stooge of the godfather who made him governor. That assertion of independence and authority cost him dearly as the greedy godfather literally burnt the state down with his thugs and forced the governor (now Minister Chris Ngige) to announce his ‘resignation’! It turned out that the anointed glorified ‘godson’ had suddenly found his voice and stopped allowing unfettered access of the furious godfather to the state treasury where millions of dollars were looted. He performed creditably well despite his ‘godfatheric’ ordeal — developing the state infrastructurally to cement his legacy in the hearts and minds of Ndi-Anambra.

The high court sacked him and enthroned Peter Obi who won the guber poll but was rigged out. Former Governor Obi fought hard and tough judicially to reclaim his stolen mandate and when the mandate was again purloined from him for a record second time he went to court and again retrieved it, making history as a true believer in judicial adjudication of gubernatorial matters. Obi is a gentleman and a good politician! He performed very well as Governor for eight years bringing leadership to bear on the governance of a difficult state with great wealth in individual hands. But by decamping from APGA to the sinking PDP Obi had reneged on the promise he made to the late Ikemba Nnewi that he would never abandon APGA for any other party. Politicians could be fair-weather friends and associates you know?

In November 2013, Willie Obiano became the governor of Anambra state (after some alleged multiple electoral malpractises), having successfully contested for the position under the platform of the APGA ruling party. A native of Aguleri in Anambra east local government area Gov. Obiano was born on August 18, 1957. He attended the University of Lagos where he obtained a B.Sc. (Second Class Upper Division) in Accounting in the year 1979 and an MBA in Marketing in the year 1993. He is married to one Ebelechukwu alias ‘Osodieme’. Osodieme is an Igbo word (with its romantic, praise-singing and self-glorifying connotations) which means in English: a wife that does the work with her husband. Ebelechukwu reminds one of a Patience Jonathan in Aso Rock: power-hungry, capricious, overbearing and narcissistic. She is famous for slapping people around and asking opponents on social media to put their faces forward for some smacking lessons!

Obiano was made Governor by the strength of his predecessor’s political magnanimity and desire for trusted continuity in the administrative interest of Anambra state. But like what had happened and keeps happening in many states those that imposed their successors on the people were all disappointed by their anointed ones! Orji Uzor Kalu single-handedly made former Governor Theodore Orji governor winning a gubernatorial election in Abia state for him while he was languishing in the EFCC detention facility! But Senator Orji had betrayed Kalu and even sought to ‘kill’ him politically in the state. He rubbished his achievements and reputation leading to the two engaging in war of words and recriminations.

Ex-Governor Gabriel Suswam and his supposed ‘godfather’ George Akume had variously waged ‘war’ on each other with each camp claiming the other looted the treasury and performed poorly while on the saddle in Makurdi, Benue state. Obiano and Obi had antagonized each other in the recent past with claims of how much left in the treasury by the Obi administration constituting the subject of discord. Whilst Obi was claiming that he had left millions of naira in the treasury Obiano insisted he met an empty treasury! Obi is more trusted than Obiano and he is more gentle and statesmanly; Obiano must show respect to whom it is due!

Recently the two men had reportedly met and reconciled their differences at the burial mass of the late Rev Fr. Nicholas Tagbo under whom both leaders were once students held at the assembly ground of their alma mater — Christ the King’s College (CKC) in Onitsha. Obiano had publicy apologised to Obi embracing him in the presence of other old students and dignitaries including former Rivers state Governor, Peter Odili, Prof. Pat Utomi and others. The departure of their former college Principal to the great beyond brought home the fierce urgency of fraternal reconciliation — something of a good tiding which is a good omen politically for the state.

Obiano was involved recently in an online controversy over ‘ugu’ and onugbo’ export abroad. Ugu  in Igbo language means pumpkin leaves and onugbo, bitter leaves. A detailed investigation by the New York-based SaharaReporters had revealed that Mr. Obiano falsely claimed that Anambra state had earned $5 million in vegetable exports! As a part of this campaign promoting the south-east state’s agricultural industry Gov. Obiano used images of vegetables that he claimed had been grown in and around the state.  That claim however was found to have failed the test of authenticity by the popular online whistle-blowing website. When SR subjected the pictures to a reverse image search it was revealed that they had been pulled from other websites!

While one believes there are some truth in the exportation of vegetables to Europe, America or South Africa by the Anambra state government and the subsequent realisation of millions of dollars in the process we deplore the attempt to deceive the people with some graphic figures and facts emanating from the figment of imagination of the Obiano team. When you are doing the right thing you do not need to fool anyone or yourself as it were. You do not need advertisement for developmental trends in the administration you run; your good works would find you out and speak for you. Making noise in the media and publicising hyped (up) achievements diminishes any leader and exposes them to mediocrity.

We hereby warn Governor Obiano to desist from brandishing spurious claims or peddling lies and instead get cracking on the developmental challenges of our beloved state. Perhaps he knows quite well that mendacity cannot be associated with great leadership.