‘The Beautyful Ones are not yet Born’ in Them 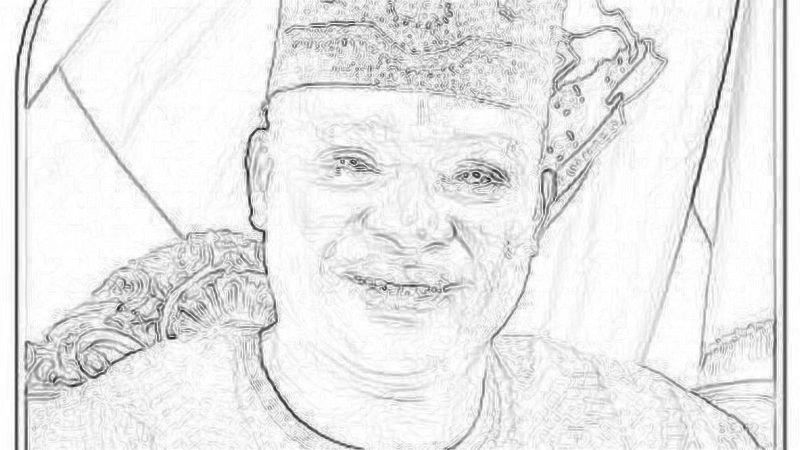 The Beautyful Ones Are Not Yet Born, by Ayi Kwei Armah of Ghana, is a book that deconstructs the personalities of Donald Trump and Ayodele Fayose. The book chronicles the events of the post independence period of Ghana, and the overthrow of Kwame Nkrumah, Ghana’s first president. It was a failure of a government known to have practiced socialism. But in the real sense, it was as capitalistic as the white men or the colonial government it replaced. According to the author, the new government headed by the black man had used their positions for personal aggrandizement. The politicians conned the masses with the idea of a utopian state, only to do otherwise when they got to power.

Armah described the new African leaders as not different from the old African chiefs who sold Africans into the slavery to get trinkets from the white men. Africa is now at the threshold of history. In Africa, politics is a means to an end, but not an end to itself. Nigeria, in the last four decades, has witnessed the looting of its commonwealth by her politicians. In America, politics is a means to getting to limelight and serving the people. But your failure to deliver to the people who elected you will doom your political career and that of your family lineage. That is the difference between African politics and the politics of the rest of the western world. This period of electioneering campaigns in the US has pushed us to a season of political anomie as demonstrated in the Republican Party.

In a nutshell, I pray Nigeria doesn’t become a country at the end of the tunnel without light. With particular reference to my home state, Ekiti. It is in the dark tunnel now because of the wrong choice of electing Ayodele Fayose as governor. We are desperately yearning for a closure to Governor Fayose’s majesty and grandstanding in Ekiti state. While men of goodwill are beaming light into the horizon, Fayose continues to make a dark hole at the base of our collective effort to see a prosperous state and a new Nigeria. Governor Fayose epitomizes all that is imbued in Donald Trump of the United States of America. These two individuals share common unquenchable thirst for political opportunism and grandstanding. They have weird characters.

The beatification of the party of Lincoln has been defiled. We saw this in GOP’s recent convention in Cleveland. Donald Trump has morphed the rising stars in the GOP into endangered political species. The re-elections of the congress men and women in the Republican Party are being threatened; their bright chances to hold the house are being jeopardized by Donald Trump’s narcissism.

If you have studied Psychology, Sociology and Social Anthropology of man at tertiary institution, it will be instructive and easy for you to discern the mind of Governor Ayodele Fayose of Nigeria; and the instincts of the loquacious Donald Trump of America. The innate impulse and nauseating inclinations of these characters are intertwined, funny and troubling! They share so many antics in common, they’re monkeyshiners.

Ayodele Fayose has switched from His imperial majesty to becoming a miracle governor or worker in Nigeria. Donald Trump also continues to play on the psyche of some unsuspecting or hateful Americans. While Nigeria is becoming a theater of the absurd by Fayose’s insanity, America’s road to El Dorado is being threatened by the divisiveness of Trumpet Trump. If Donald Trump becomes the US president, the whole world is in trouble. It might sound alarming but an insightful mind must not even conceive it.

One big lesson one has learned from Fayose and Donald Trump’s shenanigans is that, it is not good to traffic in hate and bigotry for political purposes or expediency. The law of karma will come to fore; and the repercussions on the haters or the bigots can be so self-destructive. The good thing for American people now is their quick moves to deconstruct Donald Trump. His national polls continue to nosedive. I hope people can understand the narcissistic personality disorders inherent in these funny characters. Donald Trump and Fayose have used the disenchantment of the people with the establishments to advance their political leverage. These two individuals must be tamed before it’s too late.