And The Winner Is…!

How sweet it is to hear those magic words!  The Oscars have come and gone and everyone knows by now that Forest Whitaker won the award for Best Actor and Jennifer Hudson, for Best Supporting Female Actress.  What makes their win heartening for me is how far they have come to get to where they are now.  Forest Whitaker was the son of a school teacher mother and a novelist/insurance man father and though extremely talented, had to overcome a debilitating handicap known as strabismus also known as ‘lazy eye’ to make it in a career where looks are everything.  Jennifer Hudson was an American Idol Season 3 contestant that was voted off the competition in favour of the eventual winner, Fantasia Barrino.    They represent for me the age old rule that ‘if you can conceive it and believe it, you can achieve it’ and the biblical scripture ‘show me a man diligent in his works, he will stand before kings and not before mean (ordinary) men.  Too true! What makes Jennifer’s victory especially sweet is the fact that as a relative ‘unknown’, she took the stage with music powerhouse and triple threat, Beyonce Knowles and made her seem almost ordinary.   I say ‘triple threat’ because Beyonce can sing, dance AND act but somehow Jennifer made her seem so ordinary.  By belting out the famous song, ‘I’m telling you’ she really did prove that ‘it isn’t over till the fat lady sings!’

The Academy Awards have really come a long way in recognizing the talents of African-Americans.  Whitaker’s win makes him the third African-American in its almost 80year history to win the coveted Best Actor award after Denzel Washington and Jamie Fox, while Jennifer Hudson is only the 2nd African American woman to win the Award for Best Supporting Actress after Whoopi Goldberg.

Also this year, other African-Americans like Eddie Murphy, Will Smith and Beninoise, Djimon Hounsou were nominated though they didn’t win.  These wins show that there is hope of recognition and reward for other aspiring actors, actresses, directors, producers etc of African extraction who have the talent and ambition to aspire to those hallowed heights.  Who knows? Maybe one of our Nigerian actors or actresses could win that coveted statue. Tall order?  Well, you can’t blame a girl for dreaming…and remember, it all starts with a dream.

Bolanle Aduwo is a screenwriter, broadcaster and producer. She has written screenplays for several soaps and home videos in the Nigerian movie scene and is currently producing her own movie.

Bolanle Aduwo is a screenwriter, broadcaster and producer. She has written screenplays for several soaps and home videos in the Nigerian movie scene and is currently producing her own movie. 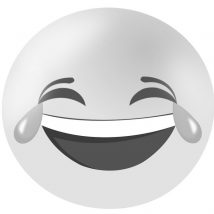 Before Ali Baba and Okey Bakassi, there was John Chukwu