There is an almost general acknowledgment that “The Class of 1966”, that is, the northern revenge coup plotters that killed General JTU Aguiyi-Ironsi and ousted his regime, has somewhat superintended over the affairs of the country ever since. The vengeful class has its finger on the pulse of the country and only puts its minions in charge of affairs at the commanding heights. It is against this background that the story of Ironsi is hardly ever given a mention in the Nigerian scheme. 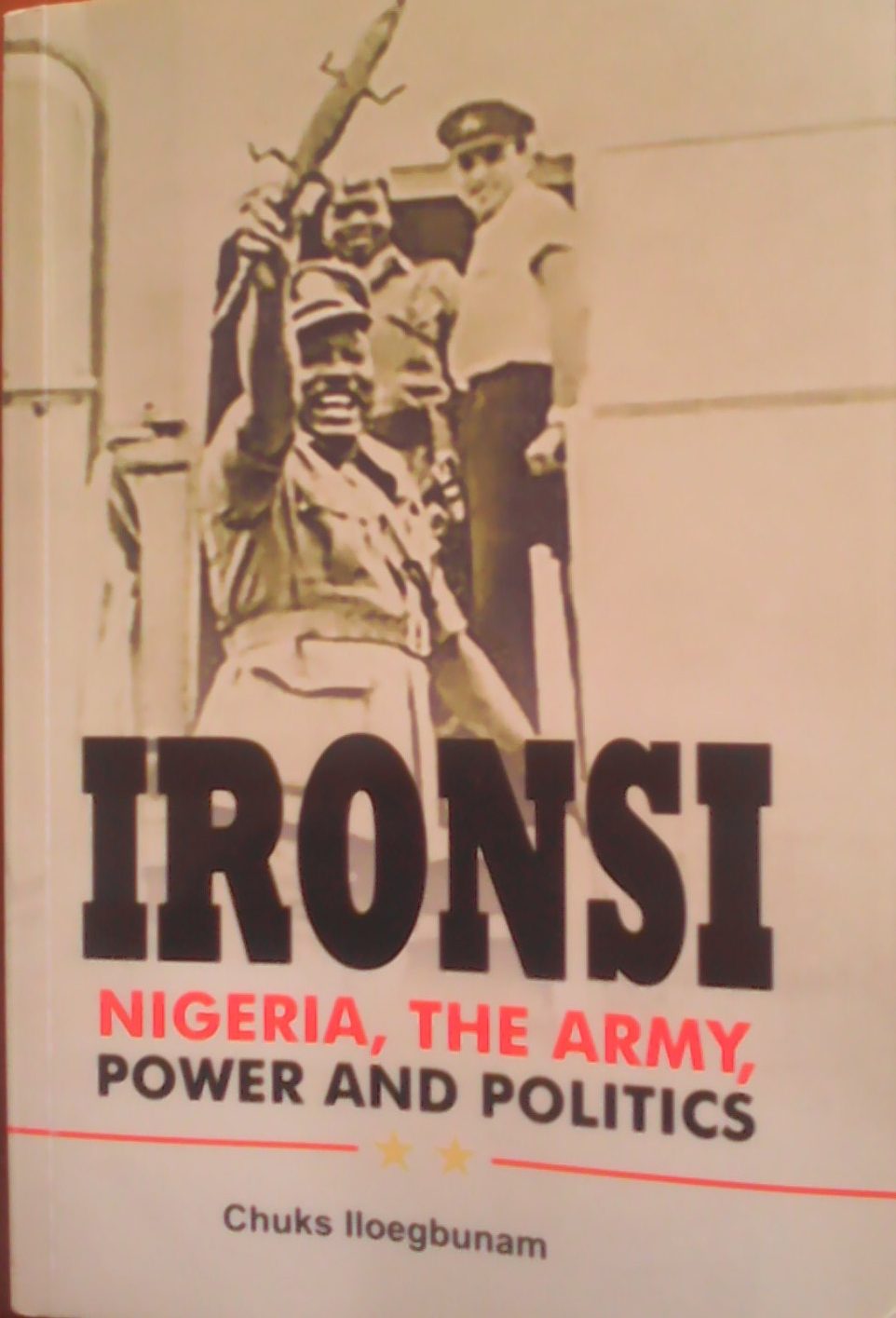 Chuks Iloegbunam is one courageous writer who has dared to right and write the forgotten history of Ironsi, in a sense ensuring that the first should not be put aside as the last. In 1999, Iloegbunam published Ironside – The Biography of General Aguiyi-Ironsi, Nigeria’s First Military Head of State. The irrepressible Iloegbunam has followed up with this new volume that expands the earlier version to include intervolving issues on Nigerian nationhood, the army, power and politics. The preface to the 1999 Ironside is included in the new book before a well-annotated “Preface To This Edition” that starts out with quotes from President Alvaro Uribe who ruled Colombia from 2002 to 2010, and General Ibrahim Badamasi Babangida who served as the Military President of Nigeria from 1985 to 1993.

Babangida’s words deserve attention because he was among the Northern Nigerian soldiers who toppled the Ironsi regime. According to Babangida, “He (Ironsi) was killed for advocating for a unitary system of government in Decree No 34, ‘the unification Decree’. He meant well. In fact, the decree was promulgated for the preservation of Nigeria as an entity. Unfortunately, some Northerners interpreted it to be a means for Ndigbo, after the January 15, 1966 revolution, to further take over the entire affairs of the nation. General Aguiyi-Ironsi was a man who saw tomorrow; he wanted Nigeria united in accordance with the military command tradition and it was probably never intended to facilitate any form of domination. Interestingly, even today, we are still struggling to remain united as one.”

Ironsi rose at a time Nigeria was embroiled in eventful contradictions. He was a remarkable hero and leader in the Nigerian Army’s peace mission to the Congo. The divisions in the Nigerian military were such that Northern Nigerian soldiers had planned to stage a bloody coup tagged “Operation No Mercy” on January 17, 1966 only to be upstaged by the January 15, 1966 revolution of Majors Emmanuel Ifeajuna, Chukwuma Nzeogwu and others. Ironsi led the charge of quelling the January 15 coup though some Northern officers assert that he was somewhat part of the plot.

When the rump of the civilian regime as represented by the then President of the Senate and Acting President, Dr Abyssinia Akweke Nwafor-Orizu, ceded power to the soldiers led by Ironsi, there were frayed nerves all over the country. Ironsi’s response, following the advice of top civil servants like Chief Simeon Adebo, was the enactment of the Unification Decree, and the touring of the four regions of the country to preach peace.

It was at the Western Region wing of the tour that Ironsi was arrested in the company of his host, Col. Adekunle Fajuyi, by a junior officer who had accompanied Ironsi on the tour, to wit, Theophilus Yakubu Danjuma. It was akin to a “maiguard” undercutting his master! The horrendous torture and killing of Ironsi and Fajuyi make for heart-rending reading, but Danjuma claims he lost command only for the irate soldiers to lynch Ironsi and his host Fajuyi. Remarkably, Danjuma dismisses Ironsi as “absolutely useless desk-clerk Head of State.”

Against Danjuma’s dismissal of the slain Supreme Commander, here are Chukwuemeka Odumegwu-Ojukwu’s words on Ironsi: “In a military career studded with firsts – first Captain, first Major, first ADC to the Governor-General of Nigeria, first Equerry to the Queen, first Lieutenant Colonel, first Battalion Commander, first Brigadier, first psc, first IDC, first Military Attache to a Nigeria Diplomatic Mission, first Nigerian Commander to a UN Battalion, first Major-General – General Ironsi commanded the United Nations Force in the Congo with such distinction that he was awarded international honours by countries grateful for his superb command of their troops during the emergency.”

Like all heroes denied honour in the homeland, Ironsi represents the Nigerian tragedy writ large. Iloegunam does not buy the holier-than-thou role of General Yakubu Gowon as per the demise of Ironsi and cites current Nigeria reality as giving the lie to Gowon’s triumphalism that “The rising sun of Biafra has set forever.”

In dealing with the pogrom against the Igbo, Iloegbunam had to include excerpts of the 279-page, 14-chapter “Report of the Justice G.C.M Onyiuke Tribunal: Massacre of Ndigbo in 1966.” It’s as gory as they come!

Iloegbunam fittingly depicts Ironsi as “The Last Nigerian”. Given the nepotism and prebendalism that is the rule rather than the exception in the exercise of power in Nigeria of the here and now Ironsi indeed belonged to a different planet!

Ironsi – Nigeria, The Army, Power And Politics by Chuks Iloegbunam is without question a rare gem of a book. It teems with quotes from Christopher Okigbo’s poetry, requisite appendixes, references to cognate books, rare pictures and apt notes. The editing errors of mixing up the country Colombia as Columbia and putting the Babangida years as 2003-2011 can easily be fixed in future editions.

Iloegbunam has done great justice to Ironsi by addressing the multiform issues attending to the brutal mauling of an original Nigerian hero. Iloegbunam goes further afield by broadening the book Ironsi beyond the protagonist to address Nigeria’s anarchic democracy and its greedy gatekeepers and stakeholders. Iloegbunam does not end up just condemning but critically proffers germane solutions on how the country can conquer her woes through wide-ranging restructuring and authoring a fresh autochthonous constitution. Iloegbunam has earned lasting stripes as a leading thinker in Nigeria, and it is hoped that through his innovative publishing enterprise, Eminent Biographies, he would in due course put more distinguished lives up for deserving attention and recognition. 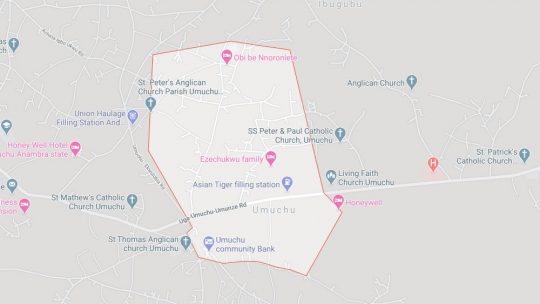 Umuchu, my hometown, offers the world a fundamental legacy of unity in confederation.   A large and populous town of about 50 square kilometres and... 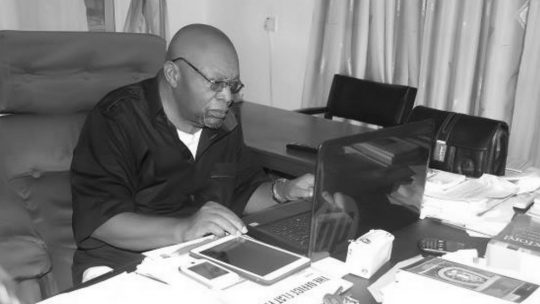