Atiku’s Increasing Mischief and the APC 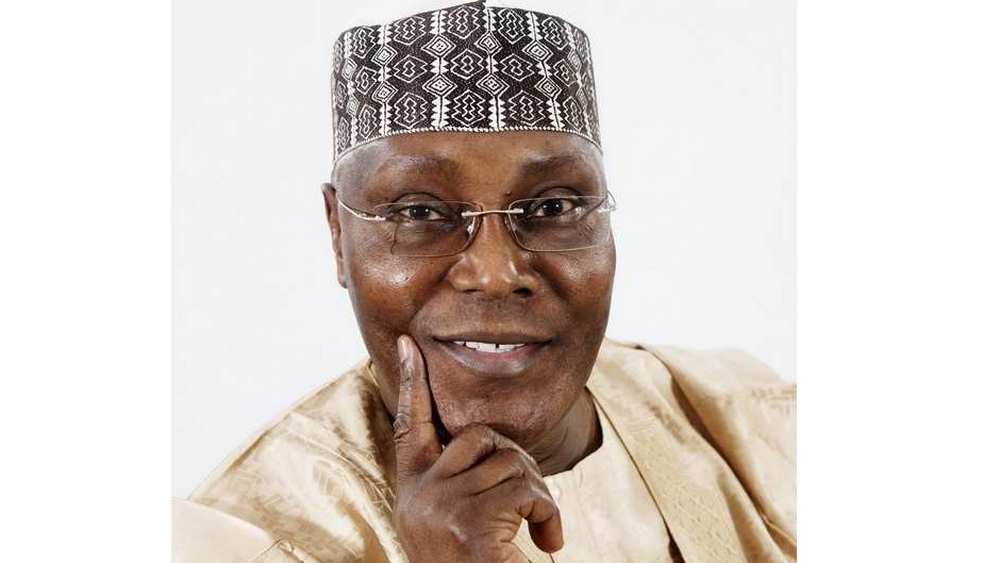 For quite some time now, former Vice President, Atiku Abubakar has elected for himself the role of the main opposition to the All Progressives Congress, the ruling party in Nigeria and the party Atiku professes membership of. In this long period, Atiku has taken upon himself the task of contradicting and criticizing every policy by the party and the government. He has strained to be heard as opposing his party and presenting contrary views that run parallel to those held by the APC and the present Buhari government just for the fun of it. There should be nothing wrong with that if the criticisms are constructive and borne out of the genuine desire to change things within the party and the government. Sure, in such a large house as APC, views should differ but then all, both dissenting and consenting views, are channeled towards bringing out the best from both the party and government. Again, members of any particular party are guided by rules that demand that even when a member wishes to go diametrically opposite the stands of his party, he does so within the internal mechanisms of the party and not reveling constantly in the media and public square and sounding so consistently implacable as Atiku Abubakar and his mandarins sound for some time now.

The essence of ventilating views internally is to meld such views into one whole unit and build the strength of the party from such divergent opinions. Going outside to play to the gallery and adopting such as a constant approach to mutual relationship that should guide members of a given party, means deviating from the guiding rules and playing outside the field. Such actions are deemed enemy action and when they have become a standard, predictable and readable strategy, there is no doubt that such people that adopt that strategy now deem themselves as enemies of the party and that is what Atiku and his collaborators have shown. Atiku has every right to play his political cards elsewhere. Since he hardly sees anything good in APC and the Buhari government and is fired by that annoying petulance to say so even at the slightest opportunity, what else is he doing in APC?

There is nothing wrong in a loyal party man questioning the policies and decisions of his party and its government. Good enough, a person of Atiku’s hue has many channels to pass across his grievances than the riotous market square he has naively chosen to dance. There is nothing wrong in being a devil’s advocate in your party and its government but such role abhors deliberate turning on of the klieg light and hugging the media to express one’s bitterness. Because Atiku’s intents in his constant tirades against the APC and the Buhari government are far from altruistic, he climbs the mountain tops and adopts the basest languages in criticizing and condemning his party and its government. This is the point where patriotism clashes with deliberate mischief and the party must find ways to show Atiku the door if he still dithers to take the proper actions that suits his mischievous actions.

Atiku has no patriotic intent in his present actions. He is quite convinced of the destructive role his often puerile strategy bodes to the APC and the Buhari government. He is very much aware of the damage his actions are bound to cause the party and its government and is clear-eyed of what he intends to achieve by taking up the role of the bull in a china shop, which he is doing presently with much fun and glee. It is within Atiku’s right to strategize to realise his ageless presidential ambition but when such role revolves around inflicting so much internal hemorrhage to his party as a way of whetting the ground for his ambition, it behooves the APC to wave the red card to Atiku and his surrogates like Aisha Alhassan who are neck deep in this dirty role. Of course, I know that a thousand Atikus and their hirelings will not dent APC’s strength but party discipline demands that such moles like Atiku should be set free to pursue their ambitions elsewhere than constitute an enemy camp within.

For those in APC who might have sympathy for Atiku and his evergreen presidential dream, why should he not limit himself to engaging in constructive criticisms of the government and its policies and spare the party he claims to belong to of his boring bad blood? If Atiku targets to replace Buhari as the party’s presidential candidate in 2019, why do he and his cronies believe that mounting consistent tirades against the APC is the best way to realize their consuming passion? Why is he and his mandarins fixated on mounting predictable negative reactions to everything the party and government does or says? Why   can’t Atiku and his minions mobilise party members and oppose such policies that rile them instead of engaging in often, dirty public outings to advertise their mischief against the APC and the Buhari government? Why would Atiku and his followers think that the best way for him to consummate his ambition is to destroy the APC, which contrary to his claim, he did little to build except anchoring his evergreen presidential dream on the party?

At the end of the day, the only conclusion about the unseemly acts of Atiku and his hirelings is that they aim at destabilizing the APC from within, ride on the crest of cheap populism and access power through vile means but they are in for a long night in political frustration. Atiku and his minions must have convinced themselves that they have enough arsenal to cause deep friction in the APC and harvest the aftermaths in another party but by the time the 2019 elections are concluded, they would have realized that they have invested in the winds. It is certain that Atiku and his subalterns must be presently excited about their strategy but it is left for the leadership of the APC to continue tolerating Atiku’s nuisance and allowing him to intentionally sow mischief n the party. No party exists without welding the rod and the big stick and party discipline demands that one either plays by the rules of the party he claims allegiance to or ship out. If he hesitates to ship out, the party shows him the door and by every act and word, Atiku has shown, beyond doubt, that he needs to be shown the door APC should not hesitate to oblige him.

Atiku is a perennial presidential aspirant and has traversed every political shade in trying to realize his ambition. That is his due right. So long as any party continues admitting him, he has the right to anchor his perpetual dream on that party’s platform. Except the huge war chest he unleashed futilely to realize his presidential ambition in the APC, which failed emphatically in the APC primaries in Lagos, I don’t see much of his uncouth boast of contributing so much to building APC and installing the present government. Even if we admit he did, let Atiku be offloaded so he can either join another party or float his own political platform to unleash his hefty contribution towards realizing his own presidential ambition, which is spurring his present loose-cannon role in the APC. Atiku should be shown the way out of the APC and let him stay in his preferred political nest to rail the much he can against the APC and the Buhari government, as a strategy to get himself elected as President. I wish him good luck in such mission but to stay within APC and constitute an internal opposition army is a deadly luxury APC should no longer grant Atiku.

It is being rumored that Atiku is in an understanding with the remnant of the PDP to return and pick the party’s worthless presidential ticket after inflicting enough damage to the APC. I also wish him luck in such enterprise but the APC must not allow him the joy of achieving such bestial desire which is why the party leadership must shake off its present lethargy on the Atiku nuisance and ease him off. That way, the APC would have quickened Atiku’s route towards realizing his ambition instead of him to think of bombing the party from within. One wonders what exactly Atiku is doing in the APC if he has sworn not to see anything good in the party. Sure, he thinks that by mounting unending verbal war against the party, he would let Nigerians ignore his many baggage and clothe him in the toga of the new redeemer but Atiku is merely being childish as his present strategy will take him farther from his consuming desire to be president than where he is today.

Atiku has the opportunity to join the PDP or any other party to realize his dream, being a perpetual political vagrant. He has the opportunity of pursuing that same dream n APC but this demands that he plays by the rules or get shipped out. I don’t think Atiku will fly his presidential dream in an APC he has done and said so much to denigrate so he is better served leaving or getting booted out of APC. If Atiku does not see anything good in either the APC or its present government, to the extent that he willingly constitutes himself to a predictable opposition within the party, the party must weed him out. And the earlier APC does this needful act, the better for both the APC and Atiku.