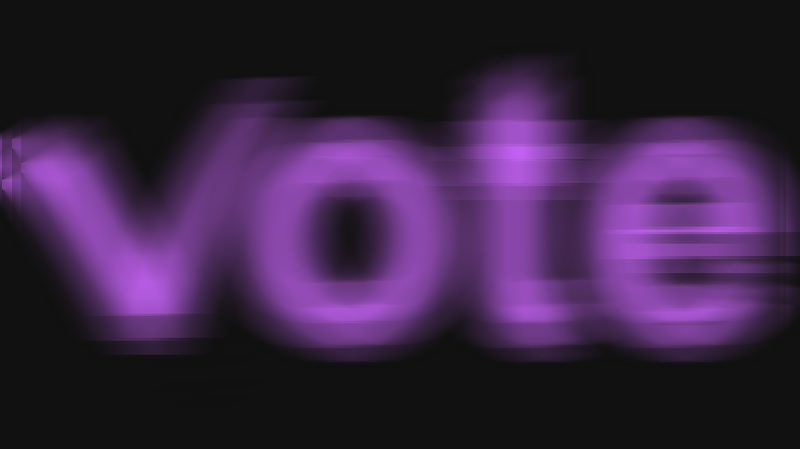 On 16 November 2019, citizens of Bayelsa State will be voting for a new governor to lead the state for the next four years.The current electoral cycle, which commenced about a year ago – and arguably earlier – has intensified over the last few months. As expected, there have been rays of optimism mixed with reasons for sheer despondence with regard to the prospects of the election bringing about long-overdue meaningful development for the people of the State.

Whilst the outcome of the election is undeniably the most critical component of this process, it is also important to understand, contextualise and document the wide range of events that have taken place throughout the electioneering process. These events,ranging from the very serious to the purely dramatic, tell a unique story of the democratic and developmental trajectory of Bayelsa State. Even though this piece highlights what we know about this particular election, the points made here foreshadows the long-term hopes of the state and reflects the experience of democratic practice at subnational level in Nigeria.

Conversations during elections, especially at the state level in Nigeria, often lack the needed focus on central questions such as objective assessments of the state of development, how to improve good governance practices like transparency and accountable and what policies and programmes will improve the lives of the people. These issues are essential in the context of Bayelsa State which, despite being an oil-producing state with some of the highest resources in Nigeria, suffers basic development deficits such as poor power supply, insecurity, lack of water and broader infrastructural challenges.

In the context of this therefore, here is what we know so far about the 2019 governorship election in Bayelsa State.

An Election with the Best Possible Aspirants

The electoral cycle leading up to these polls commenced on the most optimistic note with some of best possible citizens of the state putting themselves forward to contest. The most instructive part of this was the high number of persons from what may be considered a “non-political” background that sought to contest. The main opposition party, the All Progressives Congress (APC) had aspirants like Maureen Etebu who has three PhD degrees and was the pioneer Vice-Chancellor of the Nigerian Maritime University, and DiseyePoweigha, a retired Commissioner of Police. The primaries were eventually won by David Lyon who is best known as the CEO of a number of companies in the oil and gas sector, including the popular Darlon Security and Guards Nigeria Ltd which employs youths across the state to secure oil installations. He did so despite his limited political experience and having contested against more experienced aspirants, including a former Senator and Minister.

Furthermore, a vivid demonstration of quality aspirants was also found in the ruling Peoples Democratic Party (PDP). The roll call of its aspirants included persons from a technocratic background like the serving deputy governor, Rear Admiral Gboribiogha John Jonah (rtd) and a former diplomat and federal permanent secretary, Amb. BoladeiIgali. There were also aspirants from a strong professional background like Arc. Reuben Okoya and Barr Anthony George-Ikoli, SAN. The list of 21 aspirants also had persons from the business community such as Pastor Keniebi Okoko and the former Managing Director of the Niger Delta Development Commission, Chief Ndutimi Alaibe.

At the end of the primaries, the large pool of candidates had beencleared and limited to two: Senator DouyeDiri of the PDP and David Lyon of the APC. Whilst there are divergent views on this outcome, it was encouraging to witness the quality of individuals that sought the office of governor of the state. Considering the degree of perennial leadership failure that Nigerians have experienced at both national and subnational levels, it is a positive sign that apathy towards politics has not prevented many of these candidates, who do not see politics as a primary career, from seeking leadership.

Since the commencement of the current electoral cycle, especially since the turn of the year 2019, citizens of Bayelsa State have arguably witnessed more actions and decisions from political office holders than in the three previous years combined.

Some examples of this include the holding of overdue Local Government Area elections about two months to the PDP party primaries, the installation/repairs of non-functional street lights in the state capital and the return of contractors to site on projects that had stalled for long periods of time. Perhaps, the most palpable demonstration of this has been the unparalleled appointments made by the Governor in the last couple of months, including sixty new special advisers in one swoop in October and the constitution of the leadership of rural development areas in the state.

On the part of the APC, it has been able to galvanise citizens in the State in the manner expected of an opposition party for the first time since the last governorship election in the State over three years ago. The political scene, the democratic experience and the developmental needs of the state have been yearning for a virile opposition experience like this for so long, and the outcome of the polls will tell if this rejuvenation of opposition politics in the state has come a little too late or not.

The broader implication of all this is the undeniable conclusion that the expedience of political victory outweighs the more important necessity to build sustainable democratic practices and enhance development outcomes. In Bayelsa state, instead of developmental gains and political victory having a mutually reinforcing effect, the buck ends with the exigencies of political victory and nothing more. After the next two weeks, democracy and development expediencies will likely hibernate for another three years, and then reawaken to another electoral cycle.

Who Needs Conversations or Debates on Policies and Programmes

With just two weeks to the polls, Bayelsans are no wiser about what specific policies or programmes differentiate the candidates of the PDP and APC and what, if anything, would be different from the past. Whilst the candidate of the APC released a long manifesto and that of the PDP released an executive summary of his manifesto, the thrust of both documents provides little indication of a distinctive policy or programme thrust around which a new government will be built.

This is however, not even the major concern. From a neutral perspective, the real concern is the fact that no substantive conversation is taking place on the basis of these documents. A majority of the discourses led by spokespeople of the parties and other supporters are centred around the individual lives and personalities of the candidates and their benefactors: The incumbent governor, Seriake Dickson for DouyeDiri of the PDP and the Minister of State for Petroleum Resources, Timipre Sylva for David Lyon of the APC.

Beyond this, public discourse, especially on social media, has focused on peripheral issues such as the perceived academic prowess and deficiencies of bothcandidates, defections from one party to another and Trump-like assessments of which party’s primaries have the most crowds. The governorship debates which took place a couple of days ago added very little to this process due to the absence of the candidate of the APC and the routine and unsubstantial answers provided by those who participated. At the end of the debates, there was very little for Bayelsans to be excited about in terms of any substantial policies and programmes that would change the development trajectory of the state post-election.

Until date, no one is any wiser on how Bayelsa State can make better use of its relatively large monthly federal allocations, diversity the economy of the state from its near-total dependence on these allocations, entrench stronger governance mechanisms that will improve lives and curb corruption and wastage of public resources on frivolities.

Except there is a drastic change over the next two weeks, the next governor of Bayelsa State would emerge, not because of the policies or programmes presented to the people, but because of his or her political party – parties that are not known for any particular ideology or policy thrust, – perceptions about the candidate’s private personality and the anticipated individual and political gains of the kingmakers and supporters. 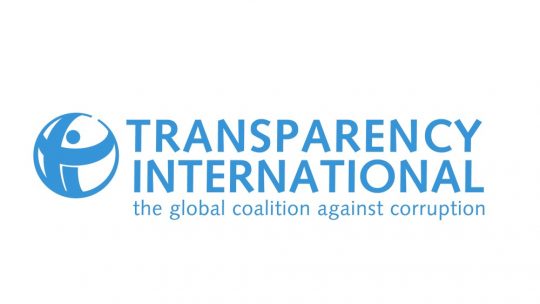 Transparency International has just released its annual Corruption Perceptions Index for 2019.  There are no surprises on Nigeria’s position on the... 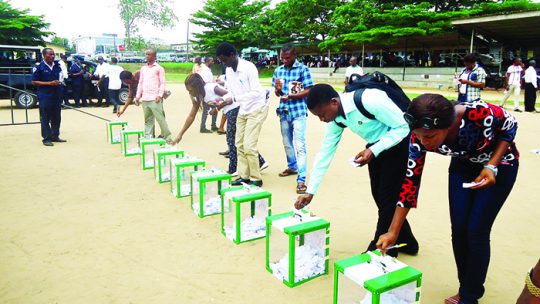 As citizens of Bayelsa go to the polls to elect a new governor at the weekend, the current electoral cycle and campaigns reveal disturbing issues on...