It’s Better to Reason Together, Please! 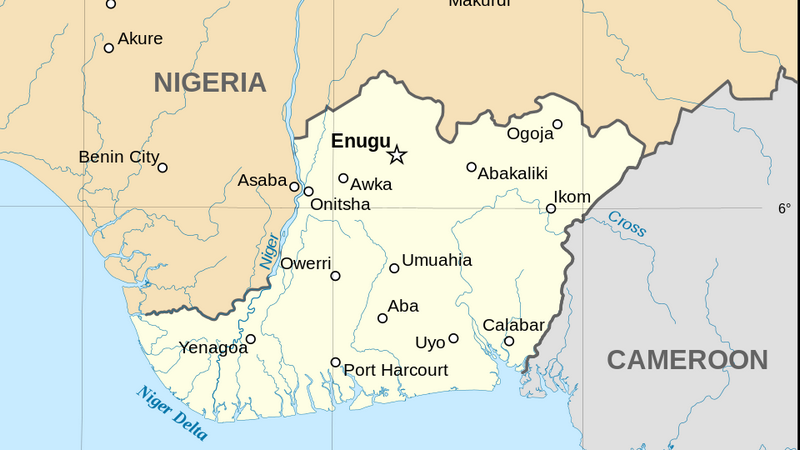 After this war on corruption, Nigeria’s President Muhammadu Buhari should as a matter of urgency trigger a referendum to discuss our continued unity as a nation. A marriage shouldn’t be devoid of honest conversation. A honest national conversation is needed at this opportunistic and individualistic expectations period. This is a crucial period to come together to cement our marred relationship and shaky union. We are all disgruntled with the current set up of the corrupt system, and how it has decimated the lives of the vulnerable people among us. No one should be afraid of intelligent discourse as majority of Nigerian people are for peaceful coexistence. Honest national conversation shouldn’t be a burden. We can negotiate our unity, not for disintegration but for weeding out those nuances (bribery and corruption) that threaten a better life for all Nigerians. We can negotiate the nuance of regionalisation for national cohesion and development. The centre must be made weak and unattractive for career politicians and allow individual regions to develop at their own pace.

However, the present problems are not about IPOB’s agitation for Biafra or severance from Nigeria. It is about making the Presidency irrelevant to each region, except in the areas of defense and diplomacy. Each region should be made to control its own economy. The situation where certain regions take more than 50 per cent of revenue of Nigeria should be discontinued. Regionalisation seems to be the solution to most of our retractable problems. Each region may loot their commonwealth if they choose to do that at the detriment of their region, but their people will not fold their arms to see other regions making judicious use of their resources. While  northern Nigeria is strategising to reinvent itself; while they’re busy reviving their lost pyramids and other agricultural produce; while Arewa youth are restraining from engaging in civil and religious strife at the slightest provocation, some of my brothers and sisters in eastern Nigerian should stop things that can bring public safety to jeopardy. War or civil unrest will never be the answer to injustice and unfair play. Peaceful and honest discussion will do. The Igbo elders who were witnesses of the unfortunate Nigerian civil war of July 6, 1967 to January 15, 1970 shouldn’t look askance as these youth bracingly engage in acts that will affect or hurt their physical beings.

My talented Igbo brethren are ingenious people. They have contributed immeasurably to the economic development of Nigeria. Igbo people have the propensity and capacity to siliconize the entire east and make Abakaliki or Enugu or Onitsha the California of Nigeria, if not of Africa. Their entrepreneurship acumen cannot be matched by any ethnic group in any of the geopolitical zones in Nigeria. But the current and misinformed youth have misplaced priorities. “Any Igbo who attends a Pentecostal church headed by Yoruba is an idiot, a complete fool” declared Nnamdi Kanu, the leader of the Indigenous People of Biafra-IPOB. The popular nuance is that, in this age of information, ignorance shouldn’t be a choice. Any discernible mind who wants the support of the people for a just cause and struggle shouldn’t engage in this kind of vitriol attacks on others. We are interdependently resourceful and useful to one another in Nigeria. Expeditiously, make a trip to technology-based areas in the United States, such as Silicon Valley, the seat of companies like Facebook, Twitter, Google, NASA, Yahoo and others. You will marvel at the ingenuity of the Igbo people working with these world and first- class technology companies. Peruse the world literary archives of the contemporary work of arts, you will see the works of people like my idolized literary icons, such as the late Prof. Chinua Achebe, Ben Okri, Chimamanda Adichie, Prof. Chinweizu and others. These people will make you wonder what the cognitive thinking, and the tangential thought process of the current youth from the eastern Nigeria are actually made of. My well-informed Igbo brethren should educate IPOB members to understand our tumultuous history, and the incredible contributions of the Igbo people to the development of Nigeria.

IPOB’s agitation is diametrically opposed to every sense of reasoning! Instead of channeling their youthful energy and talent to productive ventures, they are being used as weapons for political and economic gains. Some of these talented but susceptible youth are being misinformed, warped and orientated towards hating themselves while hating others. Some of us with our sense of reasoning will not rest on our oars to see equity, justice and peace reign in Nigeria. I love Igbo people as much as they love themselves, but I have no capacity of tolerance for inadequacy of people who are not reasonable with their judgment.

The approach of IPOB members to resolving the burning national issues is the main problem some of us have with them. Despite the misconception some of my brothers and sisters have for us, we still share their unjustifiable marginalisation for the top positions in the land. If Obasanjo from the southwest can be president of Nigeria; if Yar’Adua from the north can be president of Nigeria; if Jonathan from the south-south can be president of Nigeria, what stops Okoro or Okafor or Chukwudi from the south-east from being elected as the president of Nigeria? This is a germane question that should prod the mind of anyone with honesty reading this piece. Truth is often bitter. But you cannot be discouraged because of resentment by opinionated others to speak out with the courage of your convictions. The approach of some of my contemporary youth from the hinterlands to actualizing this laudable dream is not being well articulated. They need to be educated on how not to be collective artful dodgers and agitators in a modern world.

You do not kill an elephant with a pebble. The biblical David who killed Goliath in 6 BC seems untenable in this 21st century reasoning. You do not stand unmitigated in front of a moving train! It is suicidal to fight a sovereign nation. It is a waste of energy for my folks to engage in a futile exercise that will not be beneficial for all. Meanwhile, you do not foul a memory you will need when the die is cast! How do you garner magnanimous support for a just cause in a troubled nation? All ethnic groups in Nigeria are not mutually exclusive of one another. When a man lacks every sense of imagination for possibilities, it becomes increasingly difficult for him to achieve maximum results for a laudable project. This is our main problem with the agitation of IPOB. While the youth group from the west, through symposia, are clamoring for true restructuring to bring back regional government where each region will develop at its own pace, their counterparts from the East are fighting an overt war on social media. This is not a smart move on the part of my brothers and sisters from Igboland. It would be a laudable development to reason together to resolve our retractable problems. We are all being marginalised by our sociopath politicians. They feel happy when we open ourselves as willing tools in their hands for political expediency. In a nutshell, Yoruba youths’ reawakening is a welcome development but we should be cautiously optimistic because men of yesterday are infiltrating the late sage Awo’s good agenda for a prosperous Nigeria. The conveners of the Yoruba summit at Ibadan did not convene a summit for you and me; they have a hidden agenda to cover their past. Our respected elders who joined the summit had good intentions for honoring those men who shouldn’t be speaking on our behalf. The effort of the federal government at sealing the loopholes that make them steal the nation’s resources is now their encumbrances. That is the onus of their summit at Ibadan. These effort by the federal government to block these corrupt individuals should be commended by all well-meaning Nigerians. No stone should be left unturned to revive the ailing Nigerian economy.

Moreover, the proscribed Indigenous People of Biafra should halt their seditious operations, jettison ethnic bigotry and political tantrums. They should understand all our collective aspiration and embrace togetherness. The denounced IPOB should carefully recalibrate and morph into a political party that will actualise the equity, fairness and justice we are all yearning for in Nigeria. As the world increasingly shrinks to a small village, a united Nigeria will play a crucial role in bringing honor and glory back to Nigeria, and Nigeria will be the cynosure of all eyes in the international community if we harness our unique potentials. Nigerian youth groups from all geopolitical zones in Nigeria should please, let us sheathe our swords and let’s reason together to bring Nigeria back from the wood. Let us get subsumed in collective aspiration of a new united and prosperous Nigeria. Let’s shelve our individualistic expectations but collective expectations of a great Nigeria. Our impeccable human resource capital is unmatched with any nation in the world. We are just scattered everywhere around the world, contributing to the development of other countries.

Let us reason together to harness our incredible potentials. We the youth must say enough is enough to our unsympathetic political elites. Nigerian youth must rewrite a wasted generation, and to be the magnificent representations of the progress and unity of Nigeria.