Beyond the Nnamdi Kanu Rhetoric and the Igbo Question 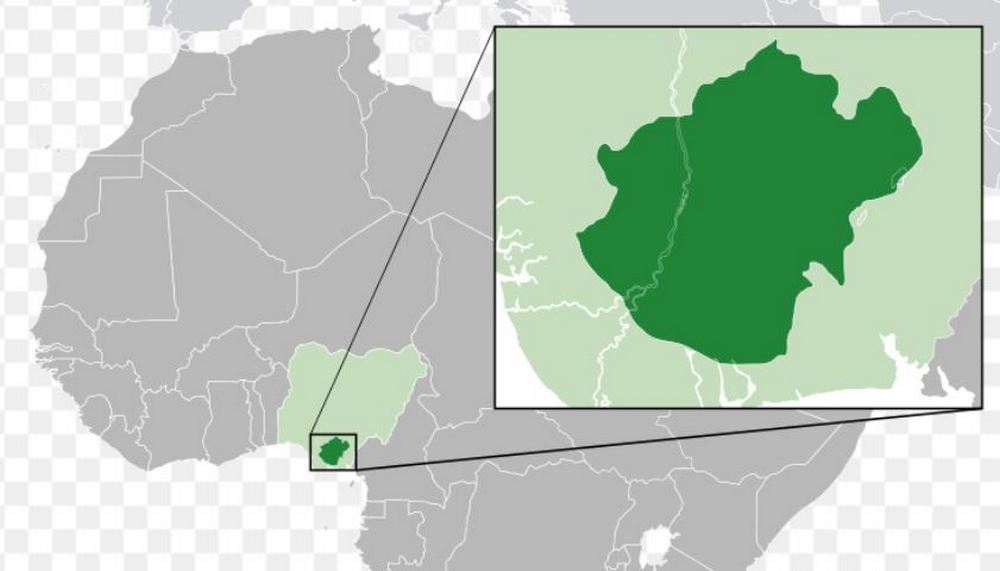 This issue of Biafra agitation and the Igbo question in Nigeria federation has been dangling in the air for quite some time now, but many Nigeria conveniently chose to decide whether they want to acknowledge or accept the existence of the issue. In the early 90’s in a thought provoking lecture series, Professor Ade Ajayi articulated the problems confronting Nigeria into what he summed as part of the “National Question” issues and how the answers or what the question(s) are as been defined by who ask or who gets what. There is an agreement at least by far margin within the southern region of Nigeria, that, there is the urgent need to restructure the present federalism and its component parts, chief among the issues that seems to pose the greatest threat is the issue of resource control and resource allocation. Several Nigerians are of the consensus that the imbalance created in lopsided representation and the equation used for the allocation of the “black gold” is so imbalanced that it gives more resource control to the region that controls the center.

The struggle to control the center is so fierce that it reverberates those feelings of marginalization and domination by the dominant regional group that controls the power at the center. The resources control and allocation question is deepely interwoven in all the agitation by all the various separate ethnic group both the majority or the minorities. Of recent, the spate of agitation for self-determination has reach epic proportion, which metamorphosed from the militant struggle in the Niger Delta minority ethnic groups to the MASSOB, IPOB and the ODUA groups in the south East and South West as well as the Arewa group in the North. The attempt by the various government to adopt a patch and fix method of pacification only resulted in a temporary halt, but there were and have been murmurs abound, a situation the late Statesman, Obafemi Awolowo, once aptly describe as the imminence of a people revolution.

The Indigenous People of Biafra (IPOB), echoed the struggle for restructure of the imbalance in the Nigeria federation, the organization under its leader, Nnamdi Kanu, sought to achieve it aim through rhetoric’s that was not strange, rhetoric’s that he was accused of being laced with separation; that was filled with hatred, in fact, the rhetoric is not strange but too well known to Nigeria, but nobody was ready to open a diatribe in main stream Nigeria society and this message quickly resonated with his fan base. The main stream south eastern Igbo base where too elitist to propose a negotiation or join the IPOB train, the various think tank of Igbo society disassociated themselves from the message and methods adopted by Kanu and the IPOB, but the underlying struggle was appreciated by them in secret. IPOB did not represent the majority opinion of the Igbos, for one, Kanu its leader had no established pedigree of what the main stream expected. A few days ago, the Federal government quickly mustered an orchestrated army invasion of the south East codenamed: Operation Python Dance aka Egwu- Eke. Now lets take a moment to backtrack, some have argued premised on the ethnic conscious response from the federal government, while others discountenance that argument with the need to maintain national security. Depending on which side of the divide one assumes, there is an unflinching fact that, the federal government as composed and expressed particularly articulated by the President, General Buhari in an interview with Al Jazeera hinted by body language, and views his disdain for the IPOB agitation, in fact, his first public national address upon his return to Nigeria after over 6 months medical leave, was to threaten specifically the Kanu rascal led group and how they should listen to Ojukwu and more, importantly reminding all that the unity of Nigeria is non-negotiable.

One fact has lingered, why was the Nigeria army sent for whatever reason to Umuahia, the hometown of IPOB leader, armed for warfare with tanks and armored vehicles which resulted in the death of several innocent citizen civilian casualties. The immediate response from the Army and Defense ministry was to label the IPOB a terrorist organization; a few after, the defense retracted their initial brash statement, which contradicted the views of senate president who even, condemned the military usurping the role of civil authority. Several pundit went to grind and research and within a few minutes several narratives sprung up on social media notably, treason charges, the formation of Biafra secret army, the Asari Dokubo v. Fed REPUBLIC OF NIGERIA, Supreme court lead quote by Muhammad (JSC) to propagate further the notion that Kanu was a threat to national security, therefore he should be charged for treason and forfeiture of bail. Additionally, there emerged a court order from a Federal high court judge in Abuja, dated September 22, 2017 which set forth to grant the A.G of Nigeria the application to declare IPOB a terrorist organization in compliance with the Terrorism Protection Act. While this scenario is been played out, there emerged a bill in the House of Representative, which sought to expurgate and limit discretion for NGO, as part of a latent intent to curb the emergence of Human rights organizations with all the limitations that the 30 pages Bill enumerated.

A synopsis of this brouhaha appears to have been an orchestrated plan, hatched, but poorly executed. Now the Biafra agitation has moved pass Nnamdi Kanu or IPOB, it may be liken to the biblical figure who’s Canaan is not in sight. Like him or not, Nnamdi Kanu may have displayed a rascality that was not expected by the vast majority, he is accused of exuberating a stubborn childlike or youth demeanor that was considered dangerous for the unity of the country. He has set the ball rolling and it has started to gather storm and the ball is getting bigger into a snowball effect. The agitation for self-determination of the south Eastern is now a reality and with or without Kanu and IPOB. The federal government is to blame for elevating Kanu to martyrdom. Nigeria cannot pretend that everything is gravy and hopping to allow the imbalance fix itself. Anybody who act, react ignorantly or surprised at the agitation is living within his or her own bubble. Zik Zulu Okafor aptly stated that making a mockery of Nnamdi Kanu by the Government might end up making him a legend. The jubilation by any citizen at the misfortune of Kanu or the annihilation of the IGBOs by Nigeria army according to Kenneth Emetulu, particularly the military invasion of Kanu residence leading to killing of innocent citizens is nothing more than a civil society coup by the military. It is imperative that Nigeria should be alarmed that citizens are willing to diminish and surrender their citizen’s right to the military just to punish Kanu or out of their hatred for the Igbo Biafra agitation. The various responses in the social media has followed political party or ethnic background divide. I have never seen this more divide and it is important that this happened for us as Nigerians to understand how we view one another instead of us acting and behaving lips service that we love one another, but go behind the scene and dance around the golden calf.

The hurried legal parchment in proscribing and declaring the IPOB as terrorist organization is laughable and motivated by hate, it represents a clamp down of freedom to assembly and speech, it defeats the fruits of democracy. When the dust settles, the Igbo question will encompass, the issue surrounding, resources control and allocation, citizenship, police and the military and the right for autonomy of proper federalism. Nigerian unity has never been negotiated on any platform, it is imposed on its citizens, so the non-negotiable argument is a reminder of too draconian military fiat. Nigeria and Nigerians must come together to discuss the basis of our unity and sovereignty. As it is, the election in Anambra State will be the acid test, it will decide how much the average Igbo voters trust or distrust their current political office holders, I see the emergence of new candidate, For now, Nnamdi Kanu has been overtaken by a movement larger in scope than him, I suspect within the near future, other regions and down trodden Nigerians will ask for restructure, there is murmur going on and change is imminent.

Ritchie Ejiofor is a commentator on current affairs and national issues. Several of his articles have been published on popular websites like Gamji, Nigeriaworld and Nigerdeltacongress where he is a Guest Writer. A graduate of the University of Uyo, Ejiofor currently lives in the US.

Ritchie Ejiofor is a commentator on current affairs and national issues. Several of his articles have been published on popular websites like Gamji, Nigeriaworld and Nigerdeltacongress where he is a Guest Writer. A graduate of the University of Uyo, Ejiofor currently lives in the US.