Bigmanism, Impunity and Corruption in Nigeria

by Akintokunbo A Adejumo8 min read7 months ago2 comments 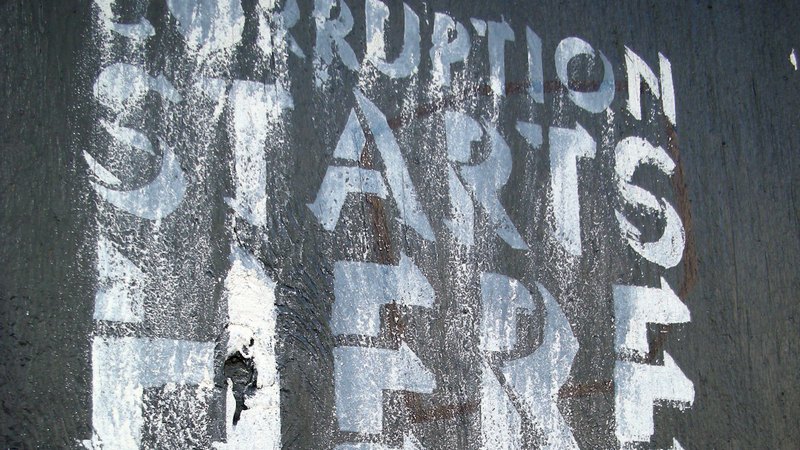 “When we can influence the minds of Nigerians to be disciplined, patriotic and work hard, we will all have the Nigerian of our dreams!” – Ibukunoluwa Alao Babajide

EVERYDAY, I see our people, both the so-called elites and the commoners, flouting simple instructions and rule, disregarding law and order and showing BIGMANISM in their own little corner of Nigeria. The main reason this country is ungovernable is because we DO NOT respect or obey laws and orders. Both leaders and followers are guilty of this. Sanctions are also not implemented and effective. We MUST have a change of attitudes to the positive if we are to progress as a people and nation. It must start from the individual and the home; from the leaders to the followers; from the rich to the poor and from the elites to the proletariat.

Bigmanism, Nigeria-style, is the beginning of impunity; and is a form of corruption in itself, for “big men” (and women, of course) often use their positions, either in the society, business, industry or in government, to manipulate the system, identify and use loopholes to commit crimes (some even commit murder or manslaughter) and get away with being prosecuted and jailed. The common man are never allowed this luxury, and that is why you will see our judicial system jail, or even sentenced to death, a poor man for stealing a goat or a mobile phone, while a big man escapes even being charged for stealing billions belonging to the commonwealth which could have been used to improve the hospitals, roads, education etc for the same common man.

All it takes is to bribe the police, judge or magistrate, hire a defence lawyer (brilliant or mediocre), bribe or intimidate witnesses, and he/she is home free to commit more crimes in the future. Such people are without conscience or remorse, have no respect for constituted authority, law and order, and above all, have no fear of God. It is a simple reason why our society may never advance to greatness, though we aspire.

To get a better picture of what I am saying, take a look at the overall political institution that operates in the United States. There are many corrupt persons in the American society just like you can find anywhere. However, the reality of an inclusive political institution keeps everyone in check and that is why a person, no matter how highly placed in the society or in government, who commits a crime, once caught, will be taken care of by the ever-active related laws.

In addition, the wider effects of corruption on the rule of law and sustainable development are not only harmful, but damaging, in particular when the justice division, which should embody the principles of independence, impartiality, integrity and equality, is weakened.

To my view the issue is on the correct application of rules and regulations and the sanction against those who do not comply to these rules. If people firstly concentrate on the respect of rules and regulations that govern the entity (family, enterprise, government, country) and systematically apply sanctions against those (whoever they could be regardless of their rank, grade or position in the society) who depart from these rules, corruption will disappear without any other additional remedy. We need to change the architype.

The importance of individual choices in enabling or resisting corruption cannot be overemphasised.  All successful corruption efforts ultimately change how individuals behave around rules and laws – and it is critical to hold on to that core and truth. The approaches primarily reflect the emphasis on changing behaviour and the knowledge that applying sanctions for corrupt activities in a fair and systematic fashion is often a very difficult undertaking. In many places, corruption distorts every phase of the sanctioning process. The problem becomes even more complex when the rules themselves are seen to be the outcome of corrupt processes and are seen to benefit a group. Perhaps the challenge is ensuring that in responding to a complex problem, we maintain our appreciation that the ultimate objectives are relatively simple – that people entrusted with public authority act in accordance with law and for the public good.

According to an article by Roberta Hunja, August 2015, titled “Here are 10 ways to fight corruption”:

Nigeria’s development will be difficult, onerous and impossible until we have a system where EVERYONE is held accountable for his or her actions. Further fallouts from this is that peace, unity, equity, equality and progress are fatally compromised.

A society where “all men are equal but some are more equal than others”, to quote George Orwell in “Animal Farm”, is never going to be a peaceful and progressive society!