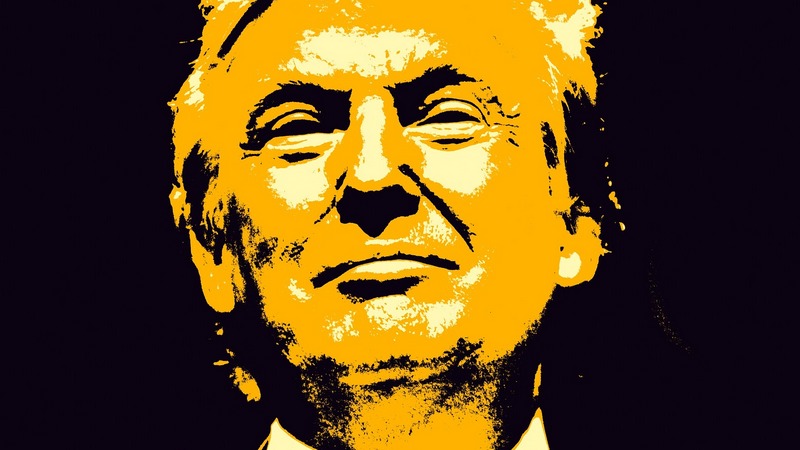 In an attempt to attract black voters to his presidential campaign, Mr Trump painted an extremely dismal portrait of black life in the United States. He quoted abysmal figures (which have since been disproved) that highlighted high employment, high poverty rates, unsafe streets and a generally woeful existence, all of which he attributed to the influence of the Democratic Party for whom the blacks have been a major voting bloc.  He finally concluded his speech with “What the hell do you have to lose”, an invitation for African Americans to give him the chance to magically transform their lives. The next day, as is customary with breaking news in this election cycle, all political pundits, armchair critics and social media warriors rehashed this rhetoric, citing more flawed data and coming to the same conclusion of the black community’s dysfunction as being a by product of their voting servitude to the democrats.

The question still remains though. Why do African Americans align so much with the democrats? Why not give Donald J. Trump and the GOP a chance to prove their mettle? After all it was Abraham Lincoln, a republican president who freed the slaves and issued the emancipation proclamation of January 1, 1863 that ended the institution of slavery. A brief historical exploration of both the American civil war of 1861 and the civil rights period of the twentieth century demystifies this puzzle. The issue of state rights and the morality of slavery were the most potent forces that fuelled the American civil war. The southern states which seceded and formed the confederate states of America were predominately democrats and depended heavily on slave labour. The election of Abraham Lincoln an anti slavery republican in 1860 fuelled the paranoia that the federal government was about to abolish slavery thereby tampering with their property rights and ultimately decimating their cotton based economy.

Consequently, African Americans voted overwhelmingly for the Republican Party till Franklin D Roosevelt (FDR) entered into office with an ambitious post depression reform called the New Deal.  Passed within the first 100 days of his presidency, this was intended to relieve poverty, reduce unemployment, and speed economic recovery. African Americans benefited massively from this program as a significant number of them received skilled training and were hired by a great number of the New Deal programs. Although a member of the Democratic Party which was filled with racist southerners, FDR appointed a great number of blacks to cabinet positions, appointed a black federal judge, publicly condemned lynching as “a vile form of collective murder”. There was also a massive increase in the number of black professionals working for the federal government and although his administration did nothing to end legal segregation, it brought the issue of civil rights to the forefront. His wife Eleanor Roosevelt was also known for her strong and prominent stance on civil rights matters who fought against the discrimination and segregation of public schools and resigned from the Daughters of the American Revolution for refusing to allow the famous black singer Marian Anderson to perform in Constitution Hall.

During this era, the problem of racism was also first introduced into the national discourse which highlighted ideological differences between northern and southern democrats, a move which started the switch of southern states from solid blue to solid red.   When 35 southern democrats walked out in protest to extension of civil rights by FDR, they formed the States’ Rights Democratic Party, which became popularly known as the Dixiecrats with the campaign slogan “Segregation Forever!” Their platform opposed federal interventions and declared a “states’ rights” to freedom from governmental interference. The southern states notably Mississippi and Alabama were hell bent on preserving the status quo ante. Alabama’s governor George Wallace in his inaugural address famously screamed from the podium, “Segregation today, Segregation tomorrow, Segregation forever”.  Bull Connor, the commissioner of public safety in Birmingham Alabama used fire hoses and police dogs to attack civil right activists including children. He used his authority to ensure that Birmingham was the most segregated city in America.  Jim Clark the Sheriff of Dallas county which included Selma was responsible for what is now etched in American history as bloody Sunday. On that day in March 7, 1965, when peaceful black protesters in Selma, on their way to Montgomery, were beaten back by Alabama state troopers led by Jim Clark and under the direction of Gov. George Wallace. Jim Clark was also notorious for his intimidation of black citizens trying to register to vote. These violent images transmitted worldwide helped propel the passing of the Civil Rights Act and the Voting Rights Act in 1964 and 1965 respectively.

The end of legal segregation by the Supreme Court with the unanimous decision in Brown vs. Board of Education, the passage of the Civil Rights Act and the Voting Rights Act were unfortunately not the panacea for black progress. African Americans still needed the federal government intervention to fully benefit from the laws of the land which finally guaranteed life, liberty and pursuit of happiness for them in addition to making sure that their voices were heard and that they received representation through the ballot box. In Arkansas, Ruby Bridges needed US Marshalls to take her to school each morning when she tried to integrate a nearby white only public school in November 1960.  Charlayne Hunter and Hamilton Holmes needed the courts to help them integrate the University of Georgia in January 1961. Time and time again, the federal government via the legal system has always insisted that African Americans had a right to housing, struck down restrictive voters laws aimed at suppressing voter participation of black folk, and fought to reverse the disastrous effects of Jim Crow by introducing affirmative action. On the contrary, the Republican Party has consistently argued that the government closest to the people is best able to decide thereby underlining the conservative logic of States’ Rights. However as can be gleaned by past atrocious acts, the southern states have continually trampled on the rights of African Americans under the guise of States Rights which served as a legal justification for slavery during the antebellum era and a foothold for segregation and discrimination during the civil rights era. Conversely, the federal government has increasingly played a more dominant role in many areas reserved for states by invoking the 14h amendment which through the due process and equal protection clause expressly forbids the abridgment of individual rights and liberty. The democrats having always favoured larger federal government interventions, consistently aligns with Washington. The GOP on the other hand, the champions of States’ Rights have always believed in less government interference and side with the states to do as they please. Therefore, because the federal government has always been the only entity that has ever taken the side of and protected black people and minorities in general, it’s a no brainer to understand why they consistently vote BLUE

After all said and done, more is said than done. Donald J. Trump is not on the right side that would guarantee a continued protection of some hard won battles for which African Americans have fought for close to 400 years.