Mbaka, Okogie and Hunger In the Land! 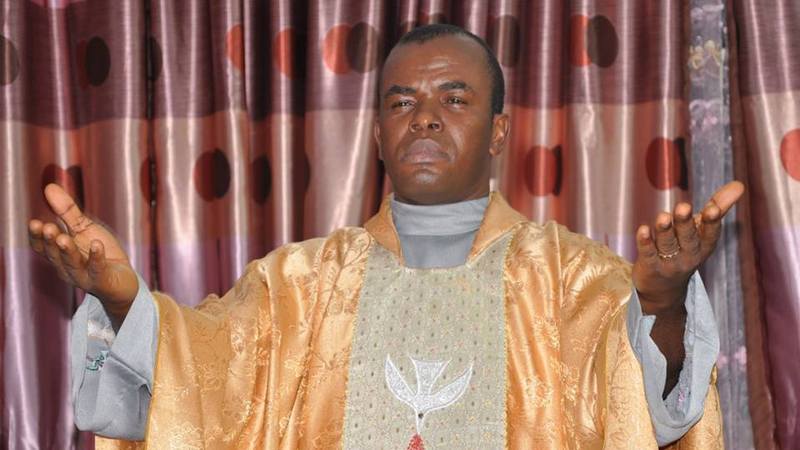 The Buhari administration is challenged socially, economically and politically. Opposition is mounting and coming in different forms and from different fronts. There are still some elements within the Boko Haram terrorist organization constituting security threats to the lives and properties of law-abiding compatriots up north. While the leadership tussle in the local African Daesh continues (albeit fortunately) Shekau and his band of marauding rapists and arsonists are yet to be defeated soundly – technically or otherwise. And down south in the Niger Delta region the NDA and other militant groups are causing enormous damage to the national economy by blowing up pipelines and posing other acts of sabotage of the oil sector apparently ‘avenging’ the criminal neglect of the past administrations (including that of their ‘illustrious son’ GEJ).

And in the south-east of Igboland the Biafran nationhood dream has refused to die decades after it was mooted and fought for by the late Dim Ojukwu. Those still identifying with the great idea have had to resort to public demonstration of unflinching support for same. In the process some had been killed extra-judicially and others wounded. And yet others taken into custody. Violent muggings, kidnappings, assassinations and assassination attempts remain daily occurrences in many cities across the federation.

South Africa has overtaken Nigeria, once again, as the premier economy of the continent. No one is surprised by this development given the economic recession that has hit our dear nation. The national currency, Naira, is in free fall against the dollar and other world currencies including the France CFA. The Nigerian economy is doing badly presently and it seems there is no one in real charge. The Finance Minister and the CBN Governor are exhibiting traits of professional mediocrity. The economy is getting too stupid for one to keep silent; something must, therefore, give!

Some weeks back Rev. Fr. Ejike Mbaka of the Adoration Ministry fame in Enugu was the first to fire the salvo by decrying the generalised poverty of the majority of our people. Characteristically he had vociferously criticised President Buhari for his apparently confused economic policies culminating in the downward spiral of the national economy but he largely laid the blame on the doorsteps of the President’s men and women charged with the task of steering the ship of state to a better safer anchor. Of course the poor performance and advice of some of the Buhari appointees must be deplored here. Lamenting the galloping inflation and the concomitant suffering and hunger in the land the fearless man of God warned that if things remained as they are now up to 2019 then the presidential poll would be the President’s electoral waterloo!

Though Mbaka, a Buharist who predicted the retired General’s victory over Goodluck Jonathan in last year’s presidential election, later recanted as it were following the controversy generated by the stinging tackle the point was, indeed, made. The ‘rebuttal’ he released few days later only served to diminish his national standing. Perhaps there was a pressure from official quarters for him to tone down and do some damage control over his strong denunciation. On social media networks Nigerians expressed their indignation over the Mbaka volte-face.

The singing priest nearly lost my admiration and respect when earlier this year upon his reposting to another parish from where he had held court as the celestial Lord of the Manor he was lamenting, almost shedding tears, and complaining loudly about the impending suffering and lack of facilities and/or amenities in his new location. The son of God, Jesus Christ, he is serving and worshipping never complained about anything when he walked among men on this earth thousands of years ago.

Pray, did Mbaka not know that in the Roman catholic church postings and repostings happen now and then as a tradition? Or was he thinking that he had grown to be untouchable and indispensable? The last time I checked there is still some hierarchy and leadership from the Papacy in Rome overseeing the catholic church around the world. When one accepts to serve Christ it is expected that wherever one is posted the work of God must continue no matter the circumstances or conditions.

To be ordained a priest in the catholic church, to the best of my knowledge, is not an easy choice considering the academic exigencies and celibacy et al; that is why Reverend Fathers are highly regarded and adored for the ‘cross’ they bear. So trying to politicize a decision to post one out of one station to another in order to garner public sympathy smacks of arrogance, mundaneness and hypocrisy — something incompatible with priesthood and Catholicism.

But be that as it may Mbaka still remains the man of the people, a popular tough-talking priest who has survived more than one assassination attempts! He had waged war after war against executive gangsterism, wickedness and squandering of the state resources by the past Governors of his state of Enugu. Nnamani, Chime, etc all fought Mbaka to no avail! The miracle-working man fought the noble political battles and came out unruffled, unscathed! Glory be to God for his life, for the wonders He is doing through His loyal servant based in Enugu.

And just few days back Cardinal Anthony Okogie, the emeritus Archbishop of Lagos, sent an open letter to the President, a missive fraught with gospel truths about the present state of our nation. Okogie remains a clergyman held in high esteem internationally for his ecclesiastical integrity and honour. He is less controversial than Mbaka and seldom intervenes in national or state politics. He made it clear that “Nigerians hunger, not only for food, but also for good leadership, for peace, security, and justice”. The religious leader denounced the lopsided appointments of the President in favour of his tribal origin and attacked the apparent abuse of power by the EFCC in the war against graft in the system.

The Archbishop must be commended here for raising the issues he had eloquently raised in that missive. His patriotism is never in doubt — just like that of Mbaka. When men of integrity speak in concord on any given issue of the day then the powers-that-be must take cognisance of those interventions.

Evidently, there is hunger and suffering in the land from Zungeru to Maiduguri, Katsina to Ihiala, Aba to Abakaliki, Lagos to Lokoja. Some Nigerians have been voicing out their concerns about this societal anomaly even before the two priestly gentlemen expressed same openly. Since hunger or starvation does not know ethnicity or region or pigmentation it follows that to say that any society whose populace, whether in the minority or majority, lacks basic amenities of life cannot claim to be a state that has not failed.

While we maintain our positive position of support for the Buhari administration we must admonish that the present situation of ubiquitous hardship does not give credence or meaning to the change promised and envisaged. The President must do something urgently to tame the creeping hunger in the land. A hungry man, it is often said, is an angry man!