I know that many followers of this column have waited anxiously for my contribution to the Taylor saga. Many must have justifiably anticipated an early contribution from me having been on the forefront in the call for Taylor’s trial. I took the cautious path for obvious reasons. Having been predictive and emotionally judgmental about Taylor over the years, it was advisable for me to step aside and watch events from a safe and firm rostrum. I did not allow myself to be provoked by the uninformed commentaries that were unleashed on the public by overnight international relations experts. Instead, I headed straight for Freetown the moment Taylor was spewed by President Olusegun Obasanjo. I have now returned with the irrefutable conclusion that Taylor is history. It is just a matter of time before we hear of the number of years he would serve for his satanic role in Sierra Leone’s eleven year war. And that is, if he is not bumped in the course of his trial. Already, Sweden and Austria have been requested by the UN to start looking for places to keep the 58 year old civil war monger who the Prosecutor for the UN Special Court in Sierra Leone considers to be one of the three worst war criminals alive (the other two being the Serbian fugitives: Ratko Mladic and Radovan Karadzie). 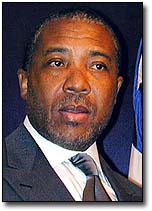 Thankfully, I have in a month earlier commented elaborately in another forum on Baba’s third term project, so I could not be accused of missing out entirely on the major issues of the months of March and April, 2006. I therefore feel safe to dedicate this piece entirely on Taylor. When I boarded the Bellview aircraft at about 1:0 clock in the afternoon of March 5,2006 for the two hours forty minutes flight to Freetown, I had the wish of sitting alongside someone I could share my excitements about Taylor’s arrest and arraignment before the Special Court in Sierra Leone. Unfortunately the gentlemen I shared a row with were businessmen who did not avail me the slightest opportunity for a chat. Disappointed, I slept off only to be woken by the airhostess’ announcement that we (meaning the pilot) had commenced the final descent to the Lungi International airport. Yes! Although not much of a sight, the Lungi airport answers the name of an international airport. The immigration officials were polite and helpful. Having paid the naira equivalent of about US$550 for the less than three hours trip, one was not prepared for the US$55 cost of the fifteen minutes helicopter flight across the Atlantic Ocean. Freetown is a peninsula and it is practically cut off from the Lungi airport. The hovercraft that would have provided an alternative did not function that day. A sizeable number of my fellow passengers on the helicopter were by their colour expatriates. Not one of us trusted the helicopter and if my inner feelings were a standard, I would say the fifteen minute flight seemed longer than the one from Lagos to Lungi. Not one of us utter a word until the helicopter landed safely at a heliport near the premises of the former United Nations Mission in Sierra Leone that folded up in December 2005.

I bought all the leaflets that were presented to me as newspapers to gauge the mood of Sierra Leoneans concerning their unwilling guest. I got a moderate guest house that cost me only about US$40 a night somewhere at Wilberforce. I slept off immediately after checking in and woke up to realize that unlike Lagos, the television is not much a cherish accompaniment of governance and social engineering. To make matters worse for me, my hosts at the guest house were Middle easterners and therefore provided with only CNN and Arab channels. In less than an hour I had flipped through the papers and got a sense of the issues concerning Taylor that bother Sierra Leoneans. The vaunted threat of Taylor’s celebrated invincibility in the region did not bother them. The Mongolians guiding the UN Special Court give them a sense of security. I could sense their confidence and belief in the 250 Mongolians assigned to secure the premises of the Special Court. Life in Freetown was bubbling as usual and the friends that I had called up were anxious to convince me that as far as Sierra Leoneans were concerned Taylor is no longer a threat to them. They told me that Sierra Leoneans have put the war years behind them and thousands of Taylors would not take them back to those years. They gave news papers from Liberia celebrating the arrest and arraignment of Taylor before the Special Court.To convince me, they took me to some of the pubs and I can say it loud and clear that no Nigerian city can boast of the night life of Freetown. Perhaps the war years have made Sierra Leoneans to celebrate their freedom twenty four hours a day. Not too many of them volunteered opinions on Taylor. The general belief is that the Special Court that had nabbed people like Samuel Hinga Norma was quite capable of handling Taylor. The country’s broadcasting house (SLBS) and the campus of the Njala University College by its side that aredirectly opposite the Special Court where Taylor is kept, do not wear any iota of fear. They have no security men and I was delighted to notice that the students did not care a hoot about the guest across the road. Besides, unless a first visitor is educated otherwise about the activities of the Special Court, the surrounding environmentis not different from that of a cathedral or mosque. Right on the fence of a part of the Special court are small kiosks and small time beer selling venues. Not a single one of the owners complained of their business being affected by the arrival of Taylor.

A week into my stay in Freetown, I observed a pattern, the ordinary Sierra Leonean seems fed up with anything concerning the war. Poverty is pervading and the struggle for survival seems paramount to them. The elite use Taylor as an excuse to either damn the government of the day or praise President Kabbah to the high heavens. Of course, the issue of the call for the moving of the trial venue to the chambers of the International Criminal Court in the Hague was a recurring decimal in most of the chats that I had. Many reasons were proffered and like I said it all depends on whom one talks to.My sense is that the true reason for that expensive joke may not be known by ordinary men like us that soon.President Ahmed Tejan Kabbah and his Sierra Leone People’s Party (SLPP) are gearing up for the general elections next year. There are clear indices to show that the party has a formidable opposition from the break away faction of Charles Margai, one of the offspring of the Margai political dynasty as well as the old foe, the All People’s Congress (APC) led by the charismatic Alex Koroma. My thinking is that the old mad who has staked the fate of the party in the person of his equally old vice president Solomon Berewa, would feel better without the distractions of the trial of Taylor. Already, his detractors are hoping that Taylor would have something to say that would smear his illustrious record as the bringer of peace to Sierra Leone. Another angle that catches my fancy is the fact that the old cowboy in the White house in Washington DC would prefer a venue that falls within his surveillance radar. Sierra Leone is too remote and difficult to monitor. The facilities of the ICC are obviously better and lend better grandstanding opportunities than the Special Court in Sierra Leone.The fact that the UN has already sanctioned it gives a hint about who is behind the call.

Taylor who had earlier preferred to be tried by the International Criminal Court and opposed the jurisdiction of the Special Court way back on July 23,2003 has understandably had a change of mind. He now prefers to be tried in Freetown even though he insists that his trial is an eff

ort by America to divide and destabilize the West African region. His motion against the change of venue is pending in the court and would not be heard until the resumption of the court on April 24, 2005 or thereafter. The Special Court went on recess soon after it took the plea of Taylor. To my mind, the idea of the change of venue is distracting and violates a fundamental principle of criminal justice. The alleged victims of Taylor’s alleged atrocities must not be denied the fundamental right of seeing and witnessing justice being done in respect of their case. Justice as the saying goes, must not only be done but must be seen to be done. The hardship of the change or shift of venue is exacerbated by the fact that the Special Court that has obviously been starved of funds is to fund the cost of the proposed theatrical trial in the Hague. The Netherlands and the International Criminal Court have made it absolutely clear that they do not want to bear any of the cost of the proposed shift of venue. Out of the US$ 25 million needed by the Court for its regular business this year, it has only received US$6Million cash and another US$9 million in pledges.

Sierra Leoneans are satisfied that their number one enemy has been arrested and like all those they consider to be the major actors behind the war and its barbarism, he would be tried and if found guilty he would be punished. One issue that agitated most of the elite that I interacted with is the fear that Nigeria would feel hurt by the eleventh hour drama surrounding Taylor’s eventual arrest. They considered as evil America’s sudden pressure on President Obasanjo for the handing over of Taylor to the Special Court. Sierra Leoneans are obviously still very grateful to Nigeria and did not take kindly the overzealousness of an outsider to hurt the long beneficial relationship between the two countries. I tried my best to explain that the average Nigerians know their friends and would always stand by them.

Indeed for those who care to know, Liberians are happy that Taylor has been finally put out of circulation and he would finally account for his role in the sub region. Specifically, the Special Court believes that Taylor had a common cause with Foday Sankoh and that he financed Foday Sankoh’s RUF with weapons and personnel. The indictment gave the time and places of the actions that are ascribed to Taylor and if the history of such Courts or tribunals is anything to go by, Taylor is history.

Of Protests and Riots