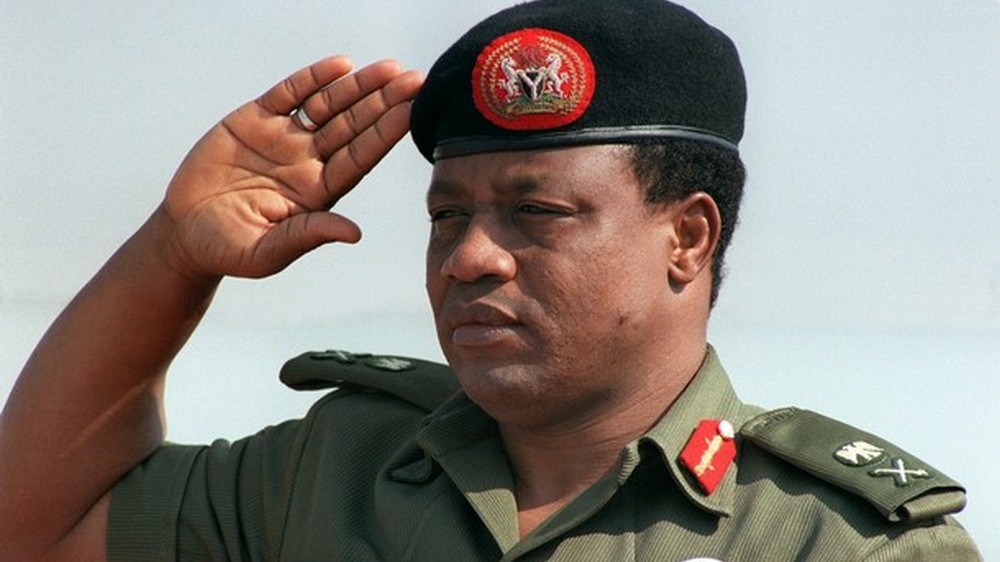 Ibrahim Badamasi Babangida (IBB) is a retired armoured General in the Nigerian Armed Forces.  A professional coup plotter, he ruled the giant of Africa from August 1985 to August 1993. He was forced to ‘step aside’ following the violent aftermath of the June 12 ’93 presidential election won ‘fair and square’ by the late Bashorun MKO Abiola. Babangida never wanted to hand over power to anyone hence the culmination of the hidden agenda that played itself out at every stage of the bogus transition programme designed from the onset to fail. Some critical minds had described the transition programme fraught with intrigues as the greatest electoral fraud ever imposed on a sovereign people! And we agree. Twenty four years after June 12 remains a watershed in the annals of our political history.Babangida means many things to many people. Some like calling him “the evil genius”, a moniker he himself had acknowledged in the affirmative of being a truism. Others prefer to address him as ‘Maradona’ given his toxic political dribbling skills. The original Maradona, a popular soccer legend from Argentina dazzled the world with his football talent winning gold for his country and making both money and name for himself and country. Nearer home you have another soccer legend, Senator George Weah, former Ballon D’or winner, who could become Liberia’s President later this year. But IBB was a ‘militrician’ who conned us all for eight giddy years in a political engineering and re-engineering never before seen in our history. He had banned political parties and politicians and unbanned them creating two political parties in his own image — NRC and SDP.And for others still IBB was a courageous soldier who had fought a war to keep Nigeria one — even when that war led to the extermination of millions of Igbos seeking the Biafran nationhood. For this group IBB must be a survivalist for surviving many coup d’etats aimed at demystifying him in power and generally surviving the crude politics Nigeriana that constantly featured betrayals and hypocrisy of the worst kind. But for some uncharitable others (including yours sincerely) Babangida was a crafty kleptocrat who stole the nation blind becoming a billionaire as he retreated to his Minna hill-top mansion containing hundreds of rooms!Like him or loathe him however Babangida will forever be remembered in our collective consciousness for good or evil. He came to power via a bloodless coup against the then Head of State (and now invisible President!) Gen. Muhammadu Buhari. He was the Chief of Army Staff then, so part of the ruling military elite. IBB and his boys had claimed that they struck because Buhari was endangering the democratic prospects of Nigerians by his dictatorial tendencies. They cited some examples like the dreaded draconian Decree 4 that was used to kill some drug peddlers and jail some press-men. Buhari and the late Gen. Tunde Idiagbon were overthrown because Babangida was desperate for power in order to be able to cover his corrupt past. President Buhari himself had ackowledged the fact that he was shoved off power because his administration was investigating some senior military officers (including IBB) for corrupt practises and indiscipline.

When the late Major Gideon Okar and other junior officers staged a bloody revolt to oust Babangida from Dodan Barracks in Lagos they had released a statement detailing the reason behind their treasonable action. Though the coup was shortlived the damage had been done to the Babangida regime. Okar and co had accused Babangida of many things including homosexuality, grand larceny, murder and illicit ‘deals’ unbecoming of the office he was then occupying unconstitutionally. Besides, they went a step further by excising some northern states from the federation and giving conditions for their re-admission! Okar and his fellow adventurers were summarily tried, convicted and executed. But they were not alone. Babangida’s childhood friend and best-man during his wedding, Mamman Vatsa, and others equally tasted bullets of the firing squad after being accused of coup plotting!

The failed Okar coup shook Babangida so much that he fled Dodan Barracks for Aso Rock in Abuja. Arriving the Villa in a jiffy IBB was alleged to have sacrificed scores of live cows to Allah for sparing his life and making it possible for the official (albeit unceremonious) relocation from the chaotic state of aquatic splendour to the serene FCT! Abuja presented Babangida with an opportunity to transform himself into a Mobutu or Bokassa. The fortress of Aso Rock gave him the false sense of security and tempted him to become an emperor in a nation without an empire. To play a Herod or Pharoah there must be an Egypt!

Alas, after a confused lonely long distance race he ended up killing ‘Hope ’93’ and the prospect of greatness it bore for suffering Nigerians. Even the hero (Abiola) and his wife (Kudirat) paid the supreme price for standing by the mandate freely given. Babangida, by annuling June 12 criminally proved himself a villain of all times.

His legacy will indeed endure long after keeping a date with the grim reaper. At 76 Babangida must apologise to Nigerians for taking their hopes and aspirations away without any cogent reason. Otherwise if he goes to the great beyond without the expression of public contrition we shall be glad to revisit his many sins posthumously. June 12 and Bashorun Abiola will always haunt him to his grave. Now as a septuagenarian IBB knows deep down in his body and soul that he is getting ever nearer to the grave with each passing day. He is much closer to the end than the beginning thereof! But before his eventual obituary he needs to humble himself by doing the needful: atoning for his June 12 crime! For the June 12 perfidy would continue to define his forced entrance into and exit from our political space.

Today no one talks about the many white elephant projects IBB bequeathed our generation; projects like Mass Mobilisation for Social Justice and Economic Recovery (MAMSER). People like Prof. Jerry Gana made name and money for themselves yet no one was ever mobilised for any social justice or economic recovery! Projects like the Directorate of Food, Roads and Rural Infrastructures (DFRRI). Or the Structural Adjustment Programme (SAP) that sapped our morals and gave jobs to the boys in the media. IBB left Nigeria worse than he had met it —  even leaving the nation more polarised and disunited than ever before!

I saw IBB at a close range in Benin City in the early 90’s. As a student in my youthful innocence Babangida had paid a state visit to Edo State. And there I stood at Upper Lawani street junction among people lining New Lagos Road as the presidential outriders attracted our attention by the sirens. Standing side by side with the then Governor (and now APC Chairman) John Odigie-Oyegun on top of the state-of-the-art presidential car Babangida waved at us grinning and obviously feeling on top of his little corrupt world. Diminutive, physiologically sound, fair-complexioned and decked in an immaculate green military ceremonial costume he must have mistaken the large crowd turnout as a measure of his popularity!

Recently Gen. Babangida released a missile of a missive via a statement from Minna against the background of the mounting social tensions across ethnic lines in the country: Mazi Nnamdi Kanu’s IPOB campaigning for the Biafran nationhood and the Arewa youths issuing a quit notice to the Igbos living in the north. It was quintessential IBB: brutally frank, statesmanly and detribalised. The epistle of the ‘Prince of the Niger’ was unusually lenghty and coherent dripping with patriotic rhetorics and historical antecedents. It drew attention to the dangers inherent in fanning the embers of ethnic hatred and beating the drum of war. But more importantly IBB strongly canvassed for the establishment of the state police, devolution of more powers to the states and the fundamental restructuring of the country.

Before him was former Vice President, Atiku Abubakar, who has openly queried some of the policies of his party, and is believed to be eyeing the presidency in 2019. Abubakar is a known supporter of restructuring so his call is nothing new. But the fiery Kaduna state Governor, Nasir El-Rufai, had risen in stout defense of the defective federal status quo maintaining that those calling for restructuring were hypocrites and irresponsible! The controversial loquacious state Chief Executive is known to be a conservative element hell-bent on defending the indefensible. Here is a man who thus far has not been able to fulfill his promise of arresting and prosecuting the Arewa youths calling on the Igbos to quit the north before October 1st. Here is a man who has deliberately refused to lay his hands on any rampaging Fulani herdsman — killing and raping and committing arson across the lenght and breadth of the country with impunity.

If anyone could be described as a hypocrite or an irresponsible political animal then it is El-Rufai that fits the description. He runs his mouth yet his performance so far as Kaduna Governor has seen many religious killings of Christians and persecution of bloggers and the opposition. So who is fooling whom here?

The Babangida epistle cannot be described here as one full of fire and fury signifying nothing. Hell no! It was generally a good one from all indications in these trying times for our dear nation. But the problem is that while the message sounded good to the ear the messenger was discredited long ago! His hypocrisy cannot be disputed. The statement, more or less, portrayed the image of a repentant mad Mullah belonging to a terrorist group or a philandering fake prophet in desperate search of some spiritual rehabilitation nay, sainthood. We refuse to accord him one.